To decant, or not to decant? That is the question 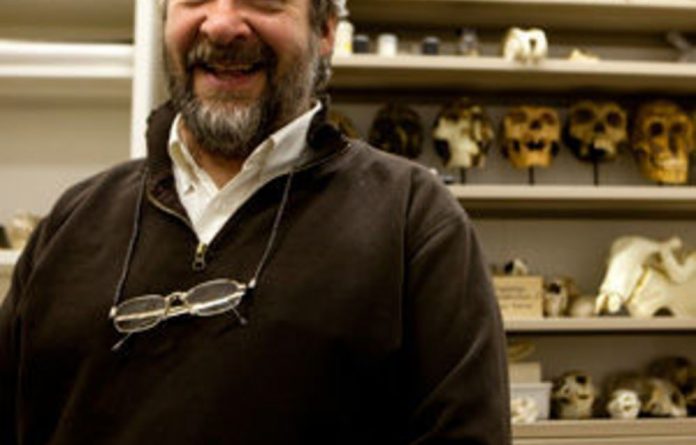 Concerns that Johannesburg and the Cradle of Humankind will soon be flooded with acid mine drainage (AMD) have been central to discussions on polluted mine water for months, with the public being worked up into a frenzy about the CBD sinking and South Africa’s heritage being wiped out.

While a media storm has been created around these predictions, fuelled by worried activists and a reactionary government, estimations of both sites flooding are not as concrete as one might think. Some scientists and government officials note that Johannesburg will with no uncertainty be the next target, advocating action, while others claim the city faces a very minimal threat. Similar opinions surround potential affects on the Cradle.

The answer lies in a muddled pool of conflicting data. No one disagrees that both sites have been or will be affected in some way, but to what extent remains heavily debated.

Polluted water is indeed rising within Gauteng’s Central Basin, which houses Johannesburg. It is currently 530m below the surface, increasing between 0,3 and 0,9m a day. While the Department of Water Affairs (DWA) originally estimated that water would hit the Jo’burg streets in early 2012, the current interministerial task team has reportedly pushed that date back on AMD to 2014.

The DWA has pegged the so-called environmentally critical level at 400m below the surface. That means that if the water rises above this, groundwater will be affected, decant inevitable, and the effects exponentially worse than if the water is kept at bay. Speaking to Agence France-Presse in July, the department’s Marius Keet promised that pumping would take place so that “[AMD] will not decant in the city of Johannesburg”.

According Gerrit van Tonder of the Institute for Groundwater Studies (IGS) at the University of the Free State, the suggestion to pump at 400m is based on “a wrong conceptual model used by [the Council for Geoscience (CGS)] … the seriousness of the acidic mine water decanting at 57 mL [or 57-million litres] a day close to Boksburg is by far exaggerated and so are estimations about the poor quality of the water that will decant. I’m not saying it’s not going to [happen], but it’s not going to decant in February 2012. And it will be manageable.”

The IGS estimates that water will not reach the surface until June 2014 at the earliest.

Pumping could in fact worsen the situation, said Van Tonder. “Pumping at a fixed level of 400m below Boksburg will create, (a) mixing, (b) water turbulence, (c) structural erosion and also (d) seismic activities,” he explained. Pumping could “most probably cause serious earthquakes in the Central Rand … All of this poses a problem much more serious than the supposed decanting of acid water.”

Rather than removing water from the filling void, “you must get rid of the oxygen, and the way to get rid of oxygen is to fill up the mine”, says van Tonder. Iron pyrite mixing with oxygen is a crucial part of the creation of acid mine drainage.

Van Tonder says that DWA and individual members of the task team have refused repeated requests to meet with the IGS.

Earthquakes have been sited as a potential impact of the basin filling, shaking building structures. According to mine consultant Garfield Krige, who predicted Gauteng’s 2002 Western Basin decant, “it’s known that when you fill up a basin, or anything that contains water … there may be several nasty earthquakes because you’re putting pressure on rocks that weren’t under pressure”.

“You will have earthquakes, but it’s not comparable to [those] along a fault line,” he continues. “In all likelihood it’s going to be similar to the mining related tremors we used to have.”

Additionally, Krige says, “there is theoretically a chance that the foundations of buildings could impacted, but it’s not going to happen overnight. It’s going to take tens, maybe hundreds of years”.

Lesley Stoch of the North-West University at Potchefstroom was commissioned by Absa and Standard Bank to assess whether reports of their CBD buildings being affected were correct. According to his research, neither site is threatened. “The Central Basin is level, like a lake. Water will come out at the lowest point, which is not in the CBD,” he says. “It might affect properties in the south of the city, which are lower … but definitely not the CBD.”

Where the decant occurs is of significant concern. According to Krige, “it’s going to decant in the Klip River catchment, so the drainage is going to be towards the Vaal River, and the water will enter the Vaal Barrage dam.” The Klip runs through Soweto, home to 1,3-million people, while 10-million users pull from the Vaal dam daily. Because of this, Central Basin decant “is going to be even more significant than the Western Basin,” says Krige.

Figuring out exactly what will happen, and where it will happen, is made difficult by a lack of transparency and access to data, according to Frank Winde of North-West University at Potchefstroom. While the Department of Mineral Resources began looking at re-filling of empty voids years ago, this data is “currently embargoed by the [CSG], labeling the unfinished project “work in progress”. That may put the CGS in an advantageous position for the current DWA tender on the issue. I also agree with Trevor Manuel that there are private interests at play in sensationalising the issue.” In August, Manuel was quoted as saying that “private-sector interests” were driving debate on AMD, particularly in Johannesburg, and that a “rational debate” was needed to properly assess the situation, adding “the idea that there will be acid mine drainage running through the streets of Johannesburg next week, and that we should all walk around in gum boots, is completely ridiculous.”

AMD in the Cradle: The devil is in the dolomite
Just as there are a flurry of questions over whether, when, and how Johannesburg will be aaffected by acid mine drainage , scientists are sparring regarding the Cradle of Humankind. While there is no denying that polluted mine water originating from the Western Basin decant has made its way into the World Heritage site, whether the caves have already been affected — and to what extent they may be in the future — is up for debate.

The large amount of dolomite housed within the Cradle is central to differing opinions. Dolomite is a type of rock commonly found across South Africa, and specifically Gauteng. “Dolomite is calcium carbonate, basically. It’s easily soluble, and also holds huge volumes of water,” explained Carin Bosman, former director of Water Resource Protection and Waste at the Department of Water Affairs and Forestry. While dolomite already dissolves easily, “the acid dissolves [it] much faster.”

Phil Hobbs of the Council for Scientific and Industrial Research, who has been assessing groundwater quality in the Cradle for over a year, noted that “acid mine drainage is only one of the threats to the area … One of the other, bigger threats is treated waste water effluent out of the municipal waste water works.”

Ironically, the mix of sewage water and acid mine drainage may in fact have a positive effect. Because of dilution, “to a certain extent the municipal waste water is helping to mitigate the impact of the … mine water,” Hobbs explained. In addition to the dilution effect, “nutrients [from the sewage] capture the metals [from AMD]… [these metals] help to coat and armour the dolomitic strata, in other words helping to protect it from further dilution, meaning that less dolomite will be dissolved.”

Based on his data, “for the majority of the fossil sites [of which there are 14], there are only five that have a risk rating of moderate or higher … most are all low to very low,” Hobbs says. “One can never say never, but it is extremely unlikely that [the north and north east part of the Cradle] will ever be threatened by any source, be it AMD, be it anything else.”

Krige notes that due to the large amount of limestone within dolomite, the rock helps to neutralise the water by raising the pH. But while that’s “obviously a good thing because it purifies the water, just because it isn’t polluted doesn’t mean [the Cradle’s] not impacted. For every mL of mine water that hits dolomite, about 300 litres of void is created—a lot of this—could be under the N14 road [connecting Pretoria to Springs]. There is a danger that this could collapse.”

For Francois Durand of the University of Johannesburg, studying amphipods, or blind shrimp who live in the Cradle, demonstrates the effect of AMD on the natural environment. “As you approach the mines from the Cradle, the composition and the quantity of the insects in the water becomes impoverished,” he says. “There are less and less and fewer and fewer, until you get to Robinson Lake [in the West Rand] where it’s devoid of life.”

Amphipods aren’t the only organisms at risk. “If the surface water is compromised, the bats will die, and that will have an effect in the [cave] ecosystem as well, and things above ground will die,” says Durand. “If both the ground and surface water are affected, the entire ecosystem will collapse.” Amphipods also act as a key food source. “[Insects] that live on the banks of the rivers, actually take up heavy metals, so it is made accessible to the rest of the food web.”

Amphipods are “endemic to Gauteng and Limpopo,” he continues. “You don’t get them anywhere else. If they disappear here, they disappear off the face of the earth.”

While Durand says that the Cradle has not been heavily affected impacted yet, he suggests that the worse-case scenario must be protected against, given the importance of the site to South Africa’s tourism industry and heritage. “I am a socialist … with respect to our heritage. It belongs to everybody equally,” he says, noting, “this isn’t just South African heritage, this is world heritage.”