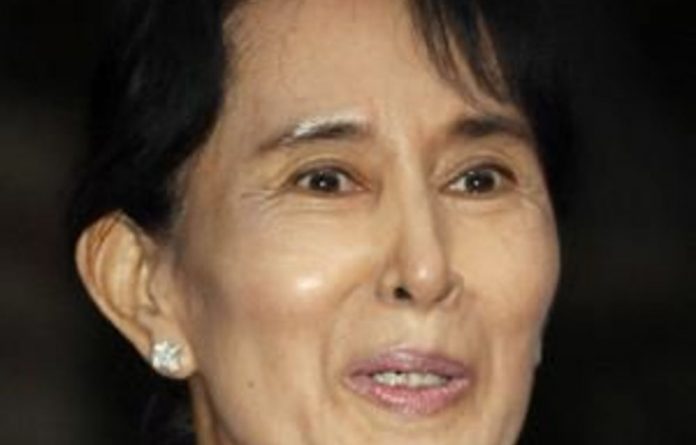 Burma pro-democracy leader Aung San Suu Kyi began her first day of freedom in seven years on Sunday with plans for a major speech to supporters after the country’s military leaders released her from house arrest.

The Nobel peace laureate, who has spent 15 of the past 21 years either under house arrest or in prison, spent the night discussing the future of her now-defunct party with its leaders for the first time in seven years.

“She said she would like to know the genuine desire of the people, to hear the voice of the people in adopting future plans so we need to get in touch with the people,” Ohn Kyaing, a senior member of Suu Kyi’s National League for Democracy, told Reuters.

He said there were no conditions attached to her release.

The 65-year-old daughter of assassinated independence hero General Aung San will meet diplomats at her party’s headquarters and give a speech there at noon (5.30am GMT), after which she plans to hold a news conference, Ohn Kyaing said.

Her latest house arrest term expired on Saturday and the military government gave no indication she would be freed until police withdrew from outside her home and removed barricades holding back supporters chanting for her release.

Suu Kyi could give Burma a strong pro-democracy voice days after a widely criticised election and could revive a debate over Western sanctions on the resource-rich country of 50-million people nestled strategically between China and India.

She is expected to revive her National League for Democracy (NLD) party, which scored a landslide election victory in 1990 which the junta ignored.

Pro-democracy leaders from other parties also looked forward to her leadership.

“We consider her a national leader and she does not belong to any single group or party. She belongs to the entire nation,” said Khin Maung Swe, leader of the National Democratic Force, a party led by renegade members of Suu Kyi’s party.

“We are very anxious to hear her voice.”

The NLD, Burma’s strongest democratic force, was dissolved by the military in September for failing to register for an election it dismissed as unfair and unjust. The party has since been declared an “unlawful association” and will play no official role in the new political system of the country.

Uncertain future
Across the commercial capital Rangoon, residents celebrated freedom for “The Lady”, as she is affectionately known, a mesmerising speaker capable of drawing big crowds.

“We couldn’t be happier about her release,” said Ba Ohn, a 43-year-old food stall owner. “All we are worried about now is whether she will be able to get a chance to work for the peace and prosperity of the country. Things could not be worse for us.”

Electrician Ko Aye Cho (33), expressed relief. “I consider her as my own mother. I hope she will bring our country towards a brighter future peacefully.”

Although is rich in natural gas, timber and minerals, it ranks among the world’s most corrupt countries. Ethnic militias oversee the world’s second-largest opium crop, its economy is monopolised by the military elite and its cronies, and about a third of the population lives below the poverty line.

Nearly half a century of direct military rule has left the infrastructure in tatters of a country that was just over 50 years ago one of South-east Asia’s wealthiest and most promising, the world’s biggest rice exporter and a major energy producer.

Analysts say Suu Kyi is still seen as a threat by the military because of her huge popularity. Her release could take the shine away from the formation of a new government and her supporters are concerned she could be rearrested.

She has yet to reveal what role she intends to play, but analysts expect she will meet diplomats and push for an easing of the sanctions she once backed but now believes are hurting the Burmese people rather than the generals.

“There are areas where she can play a considerable role if given the opportunity and the West will try to use her in this sense,” said Derek Tonkin, a former British ambassador to Thailand and prominent Burma analyst.

World leaders welcomed her release but urged the junta to free all estimated 2 100 political prisoners.

Her release may give the junta a degree of international legitimacy after the November 7 election, the first in 20 years.

An army-backed party swept the poll, derided as a sham to prolong military rule behind a facade of democracy.

Experts say the junta would likely need to release more political prisoners before the West lifts sanctions which many experts deride as ineffective. – Reuters