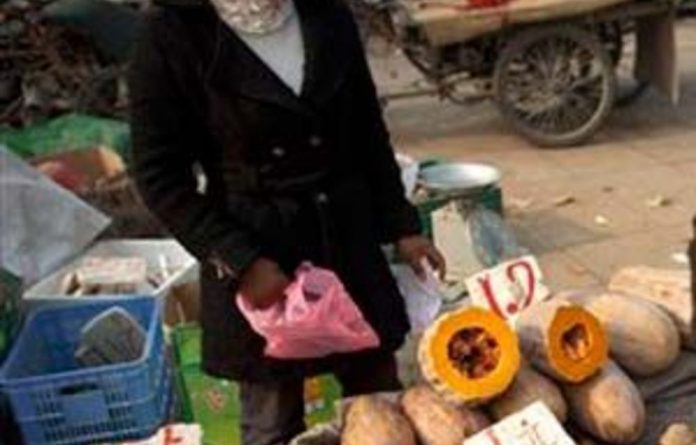 China’s government announced food subsidies for poor families on Wednesday as it tries to cool a double-digit surge in prices that communist leaders worry might stir unrest.

The Cabinet promised to ease shortages of vegetables and grain that helped push up food prices by more than 10% in October. It promised more supplies of diesel to end fuel shortages that have disrupted trucking and industry.

The Cabinet said it was not ordering direct price controls but said they could be imposed if necessary. The statement gave no details of the subsidies or how the government would try to increase food supplies.

Inflation is politically volatile in China, where poor families spend up to half their incomes on food. Rising incomes have helped to offset price hikes, but inflation erodes gains that help support the ruling Communist Party’s claim to power.

“Inflation is one of the biggest political issues today,” said Robert Broadfoot, managing director of the Political and Economic Risk Consultancy in Hong Kong. “I think you’re going to see isolated demonstrations over living costs.”

The jump in food prices pushed inflation to a 25-month high of 4,4 % in October, well above the government’s 3% target.

“Investors are panicked about moves in monetary tightening due to Wen’s comments, so they would rather sell than wait for the change,” said Liu Kan, a market analyst for Guoyuan Securities in Shanghai.

McDonald’s Corp. raised prices of hamburgers, drinks and other items by 0,5 to 1 yuan (7 to 15 cents) due to higher costs, the official Xinhua News Agency said. In a written response to questions, the company cited “rise of commodity cost” but gave no details.

The jump in food costs came as Beijing is trying to steer China’s rapid growth to a more manageable level and restore normal conditions following its stimulus-fueled rebound from the global crisis. Banks were ordered last week to increase reserves to curb loan growth.

A report by a government think tank this month suggested inflation might be even higher than reported because official data fail to fully account for costs of services and housing.

The economy also faces strains from diesel shortages triggered by government conservation efforts. Authorities have imposed rolling blackouts on factories to meet energy-saving goals, prompting thousands to buy their own diesel-powered generators, which boosted demand at a time when industry analysts say China’s major state-owned oil companies are withholding supplies in anticipation of a rise in the government-set price. That has led to rationing and long lines at filling stations, disrupting cargo shipments.

The ruling Communist Party’s ability to manage inflation could play a key role in the impending handover of power to a new generation of leaders, Broadfoot said.

“They’re going to be talking about inflation because it has a direct impact on social stability,” he said. “Leaders who were going to be promoted, if there are protests, won’t be promoted. In those areas where stability was maintained, those leaders will get the inside edge on being promoted.”

Analysts have warned that stimulus money and a flood of bank lending coursing through the economy might add to pressure for prices to rise in other sectors.

On Tuesday, a Commerce Ministry spokesman said the government is releasing stockpiles of pork and sugar to increase supplies in the market and curb price rises.

Some analysts say food price inflation has passed its peak and should decline but Chinese media say the cost of some basic goods is still rising strongly.

The price of sugar rose 1% in the first week of November over a week earlier, meat and eggs by 0,8% and cooking oil by 0,5%, according to Xinhua. — Sapa-AP