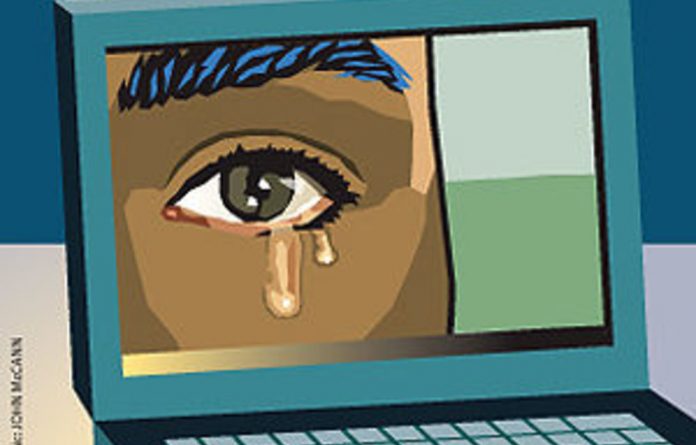 In the aftermath of the Jules High School rape incident that shook the country earlier this month, one South African woman wrote a blog.

In it she detailed how she was raped at the age of 15 by someone she knew. She’d never thought she would share this story, but she knew she had to — to make a difference, to motivate people to do something.

Another blog by another rape survivor followed — and then another. Their intention was simple: not to garner pity for themselves, but to help others to tell their own stories, to help others know they are not alone.

The links to the blog posts were tweeted and retweeted, with hundreds of Twitter users voicing their support for an end to violence against women and girls in the form of the Twitter hashtag #IsaidNO. Using the internet to raise awareness and share personal stories of sexual violence is something that international communities have been doing for years.

Finding support
In 1999 a 19-year-old American woman named Shannon Lambert started a small message board where survivors of sexual violence, like herself, could find support.

Today the forum, Pandora’s Aquarium, is part of a non-profit organisation called Pandora’s Project, which aims to provide information, support and resources to survivors of rape and sexual violence. The website receives 30 000 unique visitors a month.

Last year Lambert was one of 10 women honoured by L’Oréal’s Women of Worth programme. She told the Minneapolis Star Tribune how running the message board made her realise the power of peer support. “We recommend therapy to all members, but people aren’t always looking for an expert to tell them how to get better, especially at first.

Sometimes they just want to share and hear that there’s a way out and things can get better.”

She said that although the stories on the site are often hard to read, they’re also filled with a “sense of hope you can get only from someone who’s been there, which you can’t really get from a professional”.

Lambert told the newspaper that for many the online forum was their first step in confronting their experience and that they would go on to real support groups afterwards.

Helping others, helping yourself
South Africa has its own rape forum. An anonymous rape survivor began the website www.rape.co.za two years ago. She wrote that she had decided to start the site primarily as a “cathartic process”. “In helping others, I was helping myself,” she said.

Clinical psychologist Voula Samouris, who works with teenage girls and young women, told the Mail & Guardian that it’s important for rape survivors to talk about their experiences.

“It’s dangerous to internalise the feelings. Not having a sounding board can distort the whole incident, especially in terms of feelings of guilt. It also reinforces the sense of victimisation.” But by finding your voice and talking or writing about it, she said, woman can “take control back. It’s about empowerment.”

With internet use so much a part of people’s daily lives, it makes sense that women turn to blogging and online forums to share their stories.

“It’s a personal thing. Some would find help online, others prefer human contact. If you’re not the sort of person who does most things online, then it’s not going to work for you,” said Samouris. But she cautioned that online support groups were not a replacement for traditional one-on-one therapy sessions.

“Online, the therapist can’t see the person, can’t read their body language or other non-verbal cues, which often say far more than what the person does. Blogging is more like keeping a journal, a technique often used by therapists, although the difference is that it’s available for others to read and comment on, which can actually be beneficial to them.”

“When the stories are used in mainstream media, it raises awareness,” said Loveness Jambaya-Nyakujarah, gender justice manager at NGO Gender Links. “We’re getting those most affected to speak for themselves and it challenges policymakers to respond. The spin-off is multiple.”