Hurt an animal, hurt a child 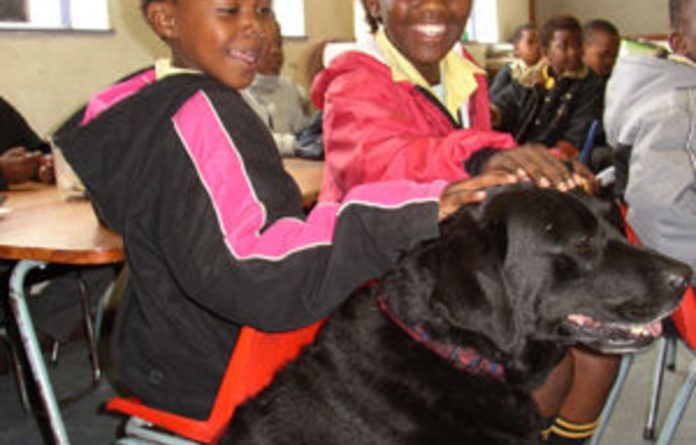 Would we care more about animal suffering if we knew about the damage it can do to our children? The latest research suggests that animal abuse has a knock-on effect that puts children at risk of being affected by potentially disabling disorders that include impaired learning ability and depression.

Recent thinking on the connection between animal abuse and child abuse is revealed in a new book, titled The Link between Animal Abuse and Human Violence, comprising cutting-edge research by 36 international academics in fields as varied as the social sciences, criminology, developmental psychology, human rights, applied childhood studies, behavioural science and child welfare. The volume is edited by Professor Andrew Linzey, director of the Oxford Centre for Animal Ethics and a member of the university’s faculty of theology.

A piece of research brought to light in this book is the domino effect of animal abuse and cruelty. It starts when we, as adults, disrespect, neglect, abuse or harm an animal. By doing so, we are unknowingly guiding children on to a slippery slope that can ultimately affect their mental health. The process begins with desensitisation or loss of feeling, whereby children become able to witness the neglect, hurting, harming or killing of an animal and yet remain indifferent.

The second step is when children become accustomed to the pain and suffering they witness and become habituated. Habituation to neglect and cruelty means that it has become a routine part of their lives.

Importantly, desensitisation directly opposes the crucial development in early childhood of empathy. Understanding the nature of empathy is critical to our understanding of how animal cruelty affects children. Empathy is the ability to feel with another person. It is the precursor to sympathy and sympathetic behaviour. Social workers and psychologists regard empathy as an indicator of healthy emotional development in children and adults. It is believed to be the vital “ingredient” upon which socially competent, cohesive, integrated, cooperative, sustainable and peaceful communities are built.

In contrast, lack of empathy leads to dehumanisation because it stunts children’s emotional development so that their potential as emotionally mature adults is not realised.

What becomes clear from The Link between Animal Abuse and Human Violence is that scientists now suggest that animal abuse, because of its potential to damage emotional development, is a form of child abuse that can lead to lifelong disability, including impaired ability to learn, inability to build or maintain satisfactory social relationships, inappropriate behaviour and/or feelings and depression.

If we accept, then, that abusive and oppressive treatment of animals is injurious to children and is a destabilising force within communities and society at large, where do we look for an urgent and sustainable solution to man’s notorious inhumanity to non-human life?

Educational philosopher Dr Kai Horsthemke at the Wits School of Education published a paper on humane education in the October 2009 issue of the British journal Ethics and Education.

He suggests that environmental and humane education may well be “the most reliable way of halting the rapid deterioration of the world and ourselves, having potentially long-term benefits for both humans and non-humans’. But, he says, to achieve this turnaround in human behaviour, environmental and humane education need to be reconceptualised. “We need to teach not as if nature mattered but that it matters. If we are to take the principles of justice, equality and rights seriously, we need to extend and employ them beyond the human realm.”

Thus, he says, we need to teach our children justice, not just kindness; respect, not just compassion; and rights, not just protection.

For many of us, the sustainability revolution is already under way. It cannot succeed unless we include the wellbeing of animals.

As Professor Willem Landman, chief executive officer of the Ethics Institute of South Africa, writes in the April 2010 issue of Animal Voice: “The sustainability revolution is inevitable and will require a more profound paradigm shift in thinking by humankind than any other major social revolution in history.”

He adds: “The sustainability revolution must be premised on values of integrated respect for the basic needs of humans, animals and the natural environment.”

He concludes that there has never been a better time to do so, because we are beginning to see a future that is too ghastly to contemplate.”

“Too ghastly to contemplate” sums up the way too many animals live their lives. Will this new knowledge that our neglectful and abusive treatment of animals has a domino effect on our children’s development propel us into meaningful action? An ever-increasing number of people desperately hope so.

Louise van der Merwe is chief executive of the Humane Education Trust. The Link between Animal Abuse and Human Violence can be found at: www.sussex-academic.co.uk/sa/titles/CulturalSocialStudies/Linzey.htm