Factionalism a game of musical chairs 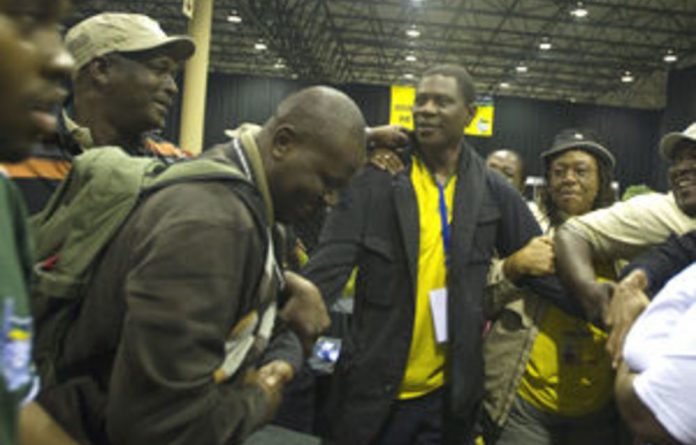 Once in a while we are assailed by anger and feelings of betrayal about the proportional list electoral system when we are confronted with the lack of depth, bumbling and often the arrogance of individuals who pass themselves off as our public representatives when we thought we had voted for a progressive political party. And so we should be.

I have watched Gauteng politics closely over the years and I know a slide into factionalism and incompetence when I see it.

In the past 10 years, Gauteng has been the province least affected by the phenomenon (prevalent in most other provinces) in which MECs could be removed from their portfolio because they belonged to the wrong faction of the ruling party.

After the early 1990s’ bitter factional politics between the Mathole Motshekga group and the other group consisting of the likes of Frank Chikane, Gauteng was united by an interim structure led by Cleopas Ntsibande and David Makhura.

united and divided
The unity was real and relatively sustainable and it ensured that former Cosatu leader Mbhazima (Sam) Shilowa was brought in as premier and later installed as the chair of the ANC in the province. In the 10 years he was premier not a whimper of factional noise was heard and governance was stable, more or less.

In fact, where the province was entangled in some controversy, it was over its principled stance to provide nevirapine for the prevention of mother-to-child transmission of HIV, which went against reluctance from national leadership.

Shilowa has since committed political suicide by teaming up with power monger Mosiuoa Lekota to form the Congress of the People (Cope). But Gauteng’s forced reshuffle, in which former Ekurhuleni mayor Ntombi Mekgwe, who has not exactly been a beacon of exemplary leadership, and Humphrey Memezi, a controversial character on the West Rand, have been brought in to replace the likes of industrious finance MEC Firoz Cachalia in government, smacks of nothing but repaying political debts to people who assisted Paul Mashatile to win the Gauteng ANC race.

Premier Nomvula Mokonyane may have been overzealous in her “Mama Action” tag, but the way she was forced to reshuffle is a low point in governance in the province.

It marks a disappointing return to the politics of faction, loyalty towards individuals and push-and-pull politics that could lead to paralysis in what has been a model of exemplary leadership in the country.

North West
The appointment of Thandi Modise in the North West means the Jacob Zuma-led ANC has been forced to eat humble pie.

This is because ANC structures in the province nominated Modise during the elections last year, but Luthuli House, in its wisdom, ignored her in favour of a weak, unknown and almost apolitical personality in ­Maureen Modiselle.

Modiselle’s failed stint was yet another reminder to Luthuli House that the experiment of appointing allegedly neutral people, also exemplified by the likes of Beatrice Marshoff in the Free State, just does not work. Modise has a history in the province, having lost the race for leadership several times.

She is a tough customer, but the question is whether the new provincial leadership, which will be elected in two weeks, will spend time flexing its muscles against her while the poor citizens of the province await service delivery.

Western Cape
The Western Cape represents a massive headache for the party. It has lost both the province and the city to the Democratic Alliance and it will be an uphill battle to try to win it back, given the promiscuous nature of the electorate, which has, in the past 15 years, elected to power the National Party, the ANC and now the Democratic Alliance and whose changing loyalties are legendary.

After disbanding the provincial executive and giving a task team a May deadline to organise a conference, the deadline was extended to December. It is likely that this deadline too might not be met. The ANC has sent most of its heavyweights to the province, but it is still unlikely that it will recover its losses in next year’s local government elections.

Northern Cape
Northern Cape might be home to less than 2% of South Africa’s population, but the ANC cannot afford to rest on its laurels. It faces the challenge of developing a succession plan, given that its “big man” in the province, John Block, faces the real possibility of going to jail for fraud.

At the moment there is no obvious successor. Although Cope is collapsing nationally, it remains strong in this region and the ruling party should not rule out a spectacular surprise from opposition parties.

Mpumalanga
Amid service delivery protests, assassinations and an ineffective provincial government, Mpumalanga Premier David Mabuza remains one of the country’s most invisible leaders. What hold does this man have over our rulers?

I don’t know why we should be surprised, but it is quite evident that the musical chairs in the provinces is again a game of strategic political alliances and allegiances. Hands up anyone who believes that Ntombi Mekgwe was appointed health MEC because the ANC actually believed that she would do a better job than the previous MECs.

I say, give us back our power. Reopen the discussion about the constituency system as well as proportional lists.

So says public protector Busisiwe Mkwhebane’s lawyer, who said she had reason to suspect the money was being laundered through the campaign
Read more
Politics

All the contenders are deeply flawed, losing support, or both
Read more
Advertising

Industry experts predict the R10.5-billion from the treasury to rescue the airline may not be enough, but the rescue practitioners say the money is enough to ‘settle the sins of the past’
Read more
Opinion

Vital information apps and websites are outdated as cases begin to mushroom, especially near the coast, just in time for the December holidays
Read more
Advertising