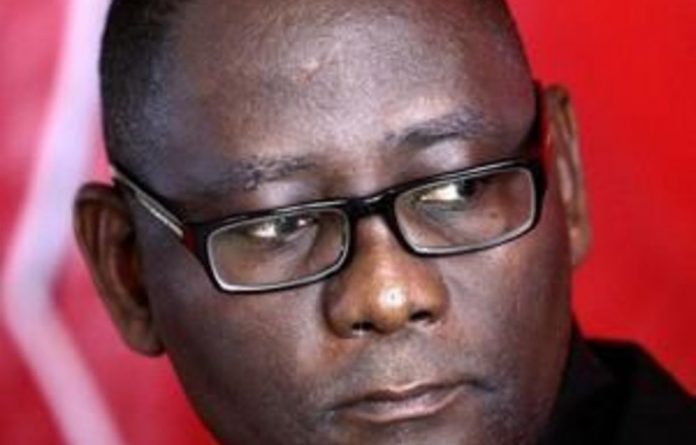 The Congress of South African Trade Unions (Cosatu), a key player in the struggle that brought down apartheid, fetes its 25th birthday on Saturday, wielding formidable clout in an uneasy alliance with President Jacob Zuma’s government.

Cosatu, set up on December 1 1985 with less than 500 000 members representing 33 unions, plans to mark the event with a huge rally in Johannesburg and smaller ones in other cities.

During the apartheid era, it was hard to tell the militant federation apart from the African National Congress (ANC), as both organisations fought against white minority rule and for equal rights.

When the ANC came to power in 1994, it joined Cosatu in an alliance that also included the South African Communist Party.

Tensions
But tension has been building with the ruling ANC amid disagreements over the government’s pro-business agenda, with Cosatu pushing for pro-poor and labour-friendly policies.

Relations between the ANC and Cosatu began to sour under former president Thabo Mbeki, who took over from Nelson Mandela from 1999 to 2008.

Cosatu accused Mbeki’s administration of elitism and of pursuing economic strategies that alienated the poor.

The federation campaigned hard to get ANC leader Zuma elected president after the party won a landslide victory in 2009 elections and this appeared to have given it growing clout.

Zuma has embraced Cosatu’s pro-poor policies and some unionists have been elected to top Cabinet posts, but that has not stopped it from wanting more say in government.

“Over the years, Cosatu has grown in membership and stature. Its voice is often louder than that of the opposition parties,” said Kwandile Kondlo, a political analyst at the University of Free State.

“This is a very peculiar alliance; few ruling parties around the world have such close ties with labour,” said Somadoda Fikeni, an independent political analyst.

The same level of activism has not vanished now that it is part of the ruling alliance.

Critics say the ANC cannot afford to lose Cosatu, as the union commands a broad support it often mobilises for votes.

Thorn in ANC’s side
Its outspoken leader, Zwelinzima Vavi, has been a thorn in the side of the ANC, often criticising the current crop of government ministers for leading opulent lives and ignoring corruption while poverty continues to plague society.

With the unofficial jobless rate hovering around 40%, Cosatu has been pressing for policies focused on job creation. Official data put the unemployment rate at 25,2%.

“Cosatu has entrenched its position as the champion of the poor. If Cosatu is unhappy it means millions of the working class also share the same feeling. That is why the ANC always sits up and listens to its grievances,” said Kondlo.

In the past years Cosatu has led a series of damaging strikes over the workers’ salary adjustments, which shut down public services and productivity at private companies.

Cosatu recently threatened to quit the alliance after the ANC launched a disciplinary action against Vavi for accusing senior government officials of exploiting political connections to get rich.

“They are keeping the government in check,” said Fikeni.

Rumours that the union may split from the alliance and form a political party have been strongly denied by both sides.

“There is absolutely no truth in the accusation that Cosatu is trying to set up a new party. We are not creating a coalition in opposition to the ANC government,” Vavi told the media. — AFP

South Africa has an obligation to prohibit hate speech under international law, including against LGBTI persons. But now the Constitutional Court has to decide whether the hate speech provision is constitutional
Read more
Editorial