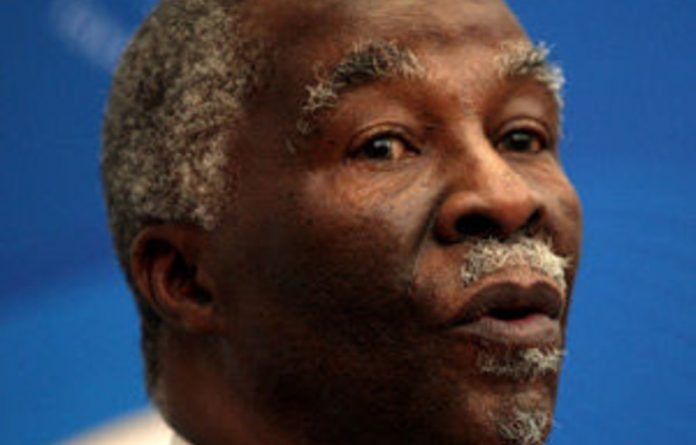 The Mail & Guardian has again won in its bid to obtain a confidential report on the 2002 Zimbabwe presidential election at the Supreme Court of Appeal (SCA) in Bloemfontein on Tuesday.

President Jacob Zuma’s office appealed against the June 2010 judgement in the North Gauteng High Court which ordered the government to release the report to the M&G.

In what was widely hailed as a victory in the struggle for state transparency in South Africa, Acting Judge S Sapire then ordered the government to hand over the report within 10 days. As the deadline was due to expire, the Presidency announced that it would seek leave to appeal.

However it is likely that the Presidency will again try to appeal the ruling at the Constitutional Court.

Public interest
The information being fought for is a 2002 report compiled by judges Dikgang Moseneke and Sisi Khampepe — acting as special envoys to Zimbabwe — for then-president Thabo Mbeki.

The M&G contends that the report is of public interest, given the widespread view that the 2002 Zimbabwe election, culminating in a victory for President Robert Mugabe, was marred by vote-rigging, intimidation, violence and fraud.

When the Presidency rebuffed the M&G‘s initial attempts to gain access to the report, the newspaper lodged an application under the Promotion of Access to Information Act.

M&G editor Nic Dawes said on Tuesday: “In the most limited sense the judgement is important because it will provide us all with a much better understanding of what was going on in Zimbabwe ahead of the enormously controversial 2002 elections and what our president Mbeki was told about those circumstances by two senior judges.

‘Victory for all South Africans’
“Perhaps more importantly, the judgement sets out crucial constitutional principals of freedom of information and limits to the power of the state. What it makes crystal clear is that it’s simply not good enough for government officials to assert they believe that information should be kept secret. They need to justify such decisions on the basis of genuine evidence and a proper understanding of the constitutional and legal framework. In that sense this is a victory for all South Africans.”

Access to the report was also critical as it speaks to the separation of powers between the judiciary and executive, Dawes said.

“If these judges went there to conduct an independent inquiry into those constitutional and legal questions than clearly that ought to be public information,” said Dawes. “If they went there as representatives of [then] president Mbeki that would raise very serious questions of the separation of powers.”

Mbeki sent the judges to the neighbouring state to obtain information on the constitutional and legal problems emerging in Zimbabwe at the time of the 2002 elections.

Mbeki’s office and the Zimbabwean government facilitated the mission.

One of the purposes which Mbeki intended to put the report to was that of formulating policy and taking decisions pertaining to the situation in Zimbabwe.

The M&G argued that although some years have passed since the report was compiled and submitted, it remained a matter of great public interest and importance for several reasons.

Was the election ‘stolen’?
It was submitted that the report may provide important information relevant to the question whether the 2002 Zimbabwean Presidential elections were “stolen”. Whether or not that was so was a matter of importance to an accurate contemporary historical record of the region.

It was also submitted that it was central to the legitimacy of the continuation in the presidential office in Zimbabwe of the present incumbent Mugabe.

In court papers, the newspaper argued that with new elections coming up in Zimbabwe it was important to see whether Mugabe continued to hold office by virtue of alleged illegalities and irregularities stretching back to at least 2002. — Sapa and M&G reporter