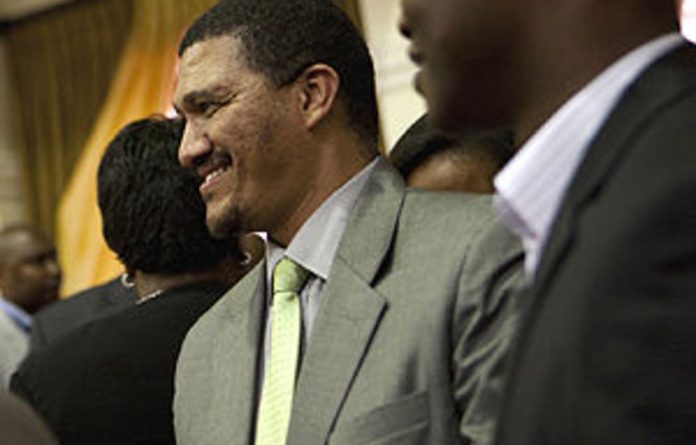 The Western Cape ANC Women’s League has declared a dispute after its registered delegates were unexpectedly barred from voting at a regional conference of the party in the Boland.

The ban is seen by some delegates as part of a wider move to swing the vote against Mcebisi Skwatsha, the former provincial ANC chairperson, which had led to what they claim are serious irregularities. These also included a last-minute ruling that there should be gender parity in delegates registered to vote, they said.

The delegates plan to call for the results to be scrapped and for the conference, which was held in Tulbagh, to be reconvened. “Excluding our voting delegates was unfair and not democratic, as we are an integral part of the province,” said Judy Hermans, the provincial secretary of the Western Cape league. “We held a meeting and have now declared a dispute, which has been sent to the [ANC] secretary general Gwede Mantashe.”

Skwatsha’s rival for the powerful post of provincial chairperson is Marius Fransman, the deputy minister of international relations. Who will occupy the post will be decided at a provincial conference, originally due to take place before the end of the year. Regional conferences have a direct bearing on the delegations to the provincial indaba.

In a recent interview, Minister in the Presidency Trevor Manuel told the Mail & Guardian that the ANC top brass “did not want delegates to vote for people on a slate, ignoring everybody else”.

Manuel was responding to claims that he encouraged ANC members at a meeting in Cape Town to ensure that the previous leadership, headed by Skwatsha, was not re-elected.

Reports have described the man elected by the conference, Hector Yabo, as the new Boland regional chairperson as a Fransman backer.

Hector Yabo
Interviewed this week, Yabo said he stood for unity in the province. “A democratic process took place, first and foremost, at the Boland regional conference,” he said. “The regional task team took a decision that the ANC Women’s League would not vote at the conference. While the women’s league does have a regional structure, the ANC constitution is silent on whether it should vote.”

The ANC constitution gives most conference seats to branch delegates, with 10% reserved for the women’s, veterans’ and youth leagues, if the structures exist.

Of the three only the women’s league has a legitimate structure in the Boland. Its members insisted this meant it should have received five voting delegates.

Angry ANC delegates also claim it was announced “out of the blue” on the day of the conference that there must be gender parity in voting delegates. They said this had never happened before, was not mentioned in preparatory meetings and was not stipulated in the ANC constitution.

“There’s no doubt Skwatsha’s supporters would have won if they hadn’t suddenly changed all the rules,” said a Boland delegate, who asked not to be named. “They tried to manipulate the process and swing the balance.”

Joe Phaahla, the deputy arts and culture minister, and Manuel officiated at the conference as members of a group of the ANC’s national executive committee (NEC) deployed to rebuild the party in the Western Cape.

Manuel declined to speak to the M&G this week, but Paahla denied any impropriety at the Boland regional conference. He said there was an ANC policy on gender representivity for voting delegates, although he agreed that it had no constitutional status.

“There was no cheating,” said Paahla. “Gender parity is a known policy in the ANC.”

ANC members said that about 70 registered delegates left the hall in protest at the “irregularities” and, as the conference no longer had a quorum it should have been scrapped. Paahla claimed that only between 40 and 50 delegates walked out.

The M&G has established that in the Overberg regional conference, the women’s league was allowed to vote, but that branches were also told on the day of the conference that there should be gender parity among voting delegates.

However, at the West Coast regional conference the league was not allowed to vote, as some delegates felt it did not have a legitimate structure. Gender parity for voting delegates was also unexpectedly introduced.

Paahla said that the Western Cape ANC conference would now not be held this year. “There are still two regional conferences to go: the southern Cape and the Dullah Omar region. It seems to be a long-term project, not a short-term one.”

Asked about the meeting two weeks ago where some of those present claim Manuel told them not to vote for members of the disbanded provincial executive committee, including Skwatsha, Paahla said there had been problems with the old leadership, which is why the committee was dissolved.

The MK Military Veterans’ Association in the Western Cape this week slammed Manuel for his “shameful factionalism”, while the ANC accused the association of an “irresponsible attack” on him.