Zuma’s rating up after turbulent year 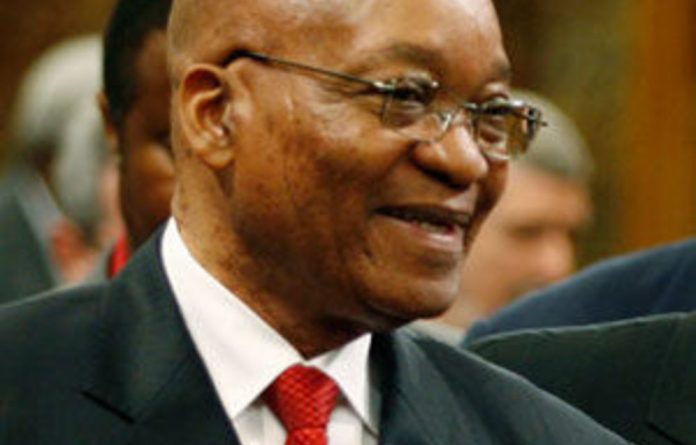 President Jacob Zuma’s approval rating rose in November after a volatile year involving a scandal over his fathering of an illegitimate child, violent service-delivery protests, wage strikes and euphoria over the Soccer World Cup, a poll released on Monday has found.

The research, conducted by TNS Research Surveys, said Zuma’s approval levels had shown “considerable volatility” in 2010, dropping to 43% in February from an end-2009 high of 58%, to end with 49% of November’s respondents saying he did a good job.

“The president’s approval levels have shown considerable volatility during 2010, dropping to 43% in February from an end-2009 high of 58%,” a statement from TNS said.

“May showed a partial recovery but the September figures showed a sharp decline, with some recovery in November.

“In the last [November] reading of the year, his approval rating stands at 49%, with 34% saying he is not doing a good job.”

The survey, conducted among a sample of 2 000 adults from the seven major metropolitan areas of South Africa, has a margin of error of less than 2,5%.

Zuma, who has three wives, a fiancée and 20 children, apologised for setting a bad example after news broke that he had fathered an illegitimate child with Sonono Khoza, the daughter of soccer boss Irvin Khoza.

“I have over the past week taken time to consider and reflect on the issues relating to a relationship I had outside of wedlock,” Zuma said at the time. “It has put a lot of pressure on my family and my organisation, the African National Congress. I deeply regret the pain that I have caused to my family, the ANC, the alliance and South Africans in general.”

TNS’s May study was conducted just before the start of the Soccer World Cup, when Zuma’s personal issues and service delivery protests were “much less in the public eye”.

The September study was conducted during the lengthy public servants’ strike, during part of which Zuma visited China with a large trade delegation.

The research found that Gauteng and Bloemfontein had given Zuma the highest approval levels, while the Eastern Cape and Cape Town had given him the lowest.

People aged 25 to 34 years were the most positive about Zuma, with 53% saying he was doing a good job.

For the first time, people aged between 18 and 24 years were less positive at 48%, while those aged 60 years and more were the least positive at 30%. — Sapa