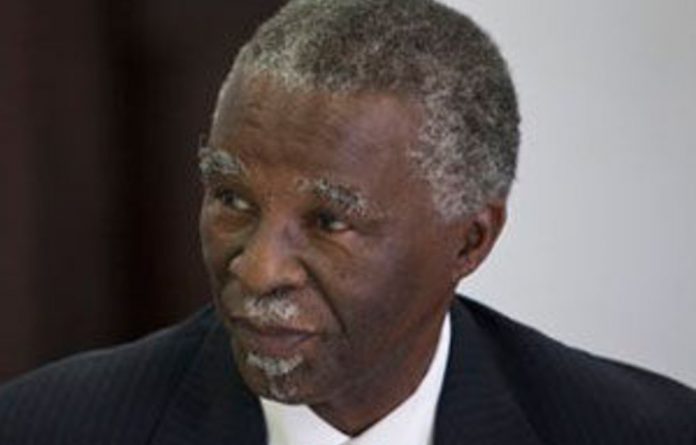 The Mail & Guardian won’t be getting its hands on a hitherto secret report into Zimbabwe’s 2002 elections just yet, despite the fact that two courts have ordered the Presidency to hand it over.

The Supreme Court of Appeal (SCA) last week ruled that the report on the constitutional and legal environment surrounding the controversial 2002 presidential poll, widely regarded as having been rigged in favour of Robert Mugabe, must be made available to the M&G. This followed a series of requests by the newspaper under the Promotion of Access to Information Act dating back to 2008. In terms of the ruling, the hand-over was to have taken place by the end of Friday December 24.

Instead, the Presidency will apply for leave to appeal the judgement to the Constitutional Court, the state attorney on Tuesday informed the M&G‘s attorneys, Webber Wentzel.

‘Extremely disappointed’
The report was compiled for former president Thabo Mbeki by judges Sisi Khampepe and Dikgang Moseneke, and has never been made public.

The Presidency argued that doing so would reveal information given to the judges in confidence by the Zimbabwean government, saying that the two had been acting in a diplomatic or quasi-diplomatic role. Both the North Gauteng High Court and the SCA found that the Presidency had failed to provide any evidence for this contention, and hence had not provided the necessary level of justification for keeping the document secret.

“We are extremely disappointed with President Jacob Zuma’s decision to keep on fighting this matter in the courts,” said M&G editor-in-chief Nic Dawes. “He has lost twice, and costs have twice been awarded to the M&G. That on its own should be a signal of the weakness of his case. More importantly, the appeal will further delay the release of information which we believe the South African public has a right to access.

“Worse, it will do so at a time when Zimbabweans are once again being pushed toward an election that many of them believe cannot be free and fair. Instead of continuing to burn public money on a case that we believe he cannot win, President Zuma should show his commitment to the open democracy provisions of our Constitution by handing the report over now.”