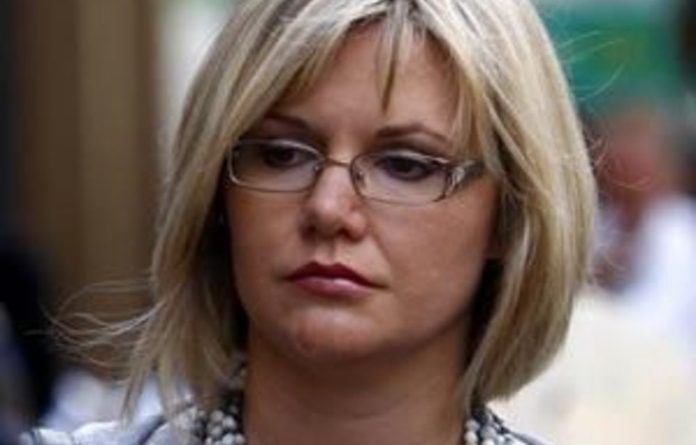 Cezanne Visser, also known as Advocate Barbie, has applied to the Constitutional Court for leave to appeal her seven-year prison sentence for sexual offences towards children and women, a court official confirmed on Friday.

Visser was convicted on 11 counts last year in the absence of her former boyfriend co-accused Dirk Prinsloo, who is in jail in Belarus. She was sentenced in February.

Prinsloo fled South Africa to avoid the trial but was later convicted of bank robbery in Belarus and is serving a 13-year prison sentence after which he will be extradited.

Visser, a former advocate, was found guilty of sexually abusing teenage girls she and Prinsloo, also an advocate, had befriended at a children’s home.

Acting judge in the high court in Pretoria, Chris Eksteen, found her guilty on 11 charges, which included two of indecently assaulting an 11-year-old and 14-year-old girl and soliciting a 13-year-old girl to commit indecent acts.

She was also sentenced on a charge of defrauding a children’s home in order to get it to allow children to spend weekends with the couple.

Depressed
The judge also linked her to the indecent assault of a 20-year-old woman, indecently assaulting two other younger women and the possession and manufacturing of child pornography.

In May the Supreme Court of Appeal dismissed an application to appeal the matter.

Visser was nicknamed “Advocate Barbie” by the media because of her previous image of dyed blonde hair and surgically enhanced breasts. At the time of her sentencing her image had changed completely and proceedings had to be delayed while she was sedated.

During the pre-sentencing proceedings, forensic criminologist Eon Sonnekus said that Visser was severely depressed before and during the sexual offences and this had contributed to her inability to resist the manipulation of Prinsloo, who is 16 years older than her.

Visser was a “textbook example” of a battered woman whose own moral values had broken down.

But the prosecution felt she was not remorseful and that she had lied. — Sapa