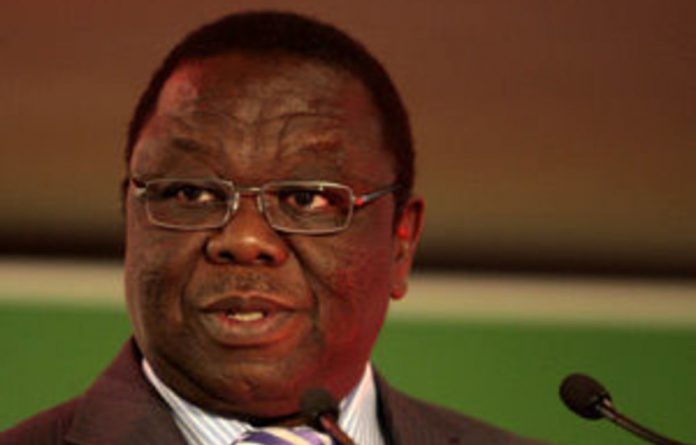 Zimbabwe is to investigate bringing treason charges against Prime Minister Morgan Tsvangirai and other individuals over confidential talks with US diplomats revealed by WikiLeaks.

Johannes Tomana, the attorney general, said he would appoint a commission of five lawyers to examine whether recent disclosures in leaked American embassy cables amount to a breach of the constitution. High treason in Zimbabwe can result in the death penalty. Tomana told the state-owned Herald newspaper: “With immediate effect, I am going to instruct a team of practising lawyers to look into the issues that arise from the WikiLeaks.

“The WikiLeaks appear to show a treasonous collusion between local Zimbabweans and the aggressive international world, particularly the United States.”

State media reports have said hardline supporters of the president, Robert Mugabe, want an official inquiry into Tsvangirai’s discussion of international sanctions with the US ambassador in Harare.

Mugabe’s Zanu-PF party said last week the government should draft a law that makes it a treasonable offence to call for sanctions. A US embassy cable dated 24 December 2009 suggests Tsvangirai privately insisted sanctions “must be kept in place”. The Movement for Democratic Change leader “acknowledged that his public statements calling for easing of sanctions versus his private conversations saying they must be kept in place have caused problems,” the memo states.

It says: “If necessary, he said, he and [deputy prime minister Arthur] Mutambara can quietly meet with Western leadership to develop a plan on the issue of sanctions. He said that he and Mutambara have decided to take this issue out of the hands of the negotiators and handle it personally.”

Defenders of Tsvangirai might note that, in the same cable, he asked for some “flexibility” in sanctions. It says: “Zanu-PF has implemented a strategy of reciprocity in the negotiations, using western sanctions as a cudgel against MDC. He [Tsvangirai] would like to see some quiet moves, provided there are acceptable benchmarks, to ‘give’ some modest reward for modest progress.”

Personal attacks
Tsvangirai’s aides say he is not guilty and describe the controversy as personal attacks on the prime minister. Beatrice Mtetwa, a leading human rights lawyer, said it would be very difficult to mount a legal case on the basis of WikiLeaks.

“If there is a commission to look into WikiLeaks, it will have to investigate everything WikiLeaks has discussed, including officials from Zanu-PF,” she said. “It cannot be selective. When it comes to witnesses, are they going to call back the former US ambassadors? The cables are based on opinion, not fact. There are a host of legal problems.”

Asked if she could rule out treason charges against Tsvangirai, Mtetwa replied: “From a legal perspective it would be folly. But I’m not going to say it’s unlikely because the attorney general has been known to chase rainbows against us. He was put in the position for that particular reason.”

Last week, the US treasury department imposed restrictive measures on the attorney general, saying his actions undermined the country’s democratic institutions. Tomana condemned the move as an attack on his office and the constitution of Zimbabwe.

Even the term “sanctions” is hotly disputed in Zimbabwe. Opponents of Mugabe argue that they are no such thing, but rather targeted “restrictive measures”, such as asset freezes and travel bans, imposed by the EU and US on around 200 people and 40 firms linked to Zanu-PF.

Mugabe’s wife, Grace, has filed a $15-million lawsuit against a newspaper that reproduced a WikiLeaks report saying she had been involved in underhand sales of diamonds from the controversial Marange mines.

The MDC has called for the government to investigate charges against Mugabe’s wife and other senior officials implicated in the US cables.

The WikiLeaks reports have added to tensions within Zimbabwe’s inclusive government, with Zanu-PF charging that the US cables vindicate its claim that the MDC is working with the west to oust Mugabe. – guardian.co.uk

The story of Johannes Stefansson, who helped to pay massive bribes in Namibia - and survived death threats from Cape gangsters, and a poisoning attempt, to blow the whistle
Read more
National

Florence Sosiba, speaks to the Mail & Guardian about how important domestic workers are and exclusion in the COIDA
Read more
Advertising
Continue to the category
Education