North Korea calls for end to hostility with South 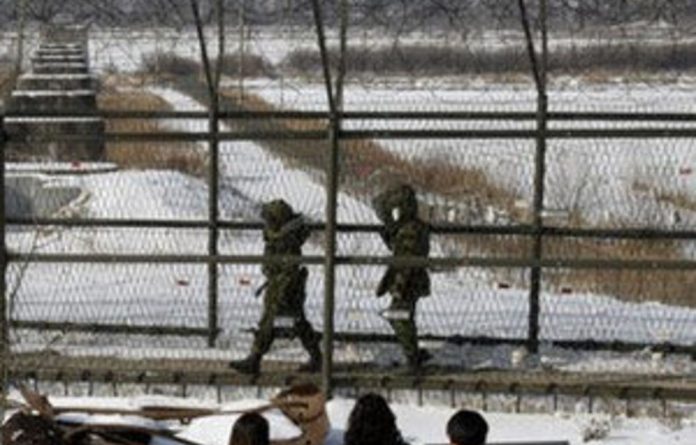 North Korea on Saturday called for an end to confrontation with the South, urging dialogue after one of the most violent years on the divided peninsula since the 1950-53 Korean War.

Tension between the rival Koreas has risen sharply after the North shelled an island in the South near their disputed sea border, killing four including two civilian residents.

And in March, the South blamed Pyongyang for torpedoing one of its navy ships, killing 46 sailors. The North denies the charge.

“Confrontation between north and south should be defused as early as possible,” the three main official North Korean newspapers including Rodong Sinmun said in a joint editorial carried by state news agency KCNA.

“Active efforts should be made to create an atmosphere of dialogue and cooperation between north and south by placing the common interests of the nation above anything else.”

Conspicuously absent from the 6 000-word New Year editorial was any specific proposal for talks.

It largely repeated the wording from a New Year editorial 12 months ago, saying: “National reconciliation and cooperation should be promoted actively.”

It also repeated that its top priority to remove all nuclear weapons from the Korean peninsula. Two months ago, North Korea revealed advanced efforts to enrich uranium, alarming regional powers because it could offer it a second way to make nuclear weapons-grade material.

“[The North] is consistent in its stand and will to achieve peace in North-east Asia and denuclearization of the whole of the Korean peninsula,” the joint editorial said.

Fresh talks?
Destitute and isolated North Korea walked away from six-party talks aimed at compensating it for steps to dismantle its nuclear programme, calling the process dead because of what it said was a US intention to destroy its regime.

It has since pledged a willingness to return to talks, but Washington and Seoul are wary, unwilling to be seen as giving in to Pyongyang’s tactic of escalating tension, raising the stakes, then coercing regional powers back to negotiations.

But, after months of tough talk of retaliation, South Korean President Lee Myung-bak has left open the door to dialogue with Pyongyang and said the nuclear crisis should be resolved through the six-way talks involving the two Koreas, the United States, Japan, Russia and China in the new year.

North Korea has twice set off nuclear devices but has yet to show it has a working atomic bomb. Experts doubt it has the ability to miniaturise a weapon to place on a missile.

Few analysts believe the North ever intends to give up the pursuit of nuclear weapons but instead has tried to obtain them as the crowning achievement of leader Kim Jong-il’s “military first” rule that has prevented a US invasion.

“Where our side uses its leverage tactically to return to a diplomatic process, North Korea uses its provocations strategically to expand its arsenal and develop nuclear-armed ballistic missiles, with the eventual aim of forcing lasting changes in the existing security apparatus in North-east Asia,” Michael Green of the Centre for Strategic and International Studies in Washington, said in a recent column.

“By opportunistically advancing a long-term strategic plan in this way, North Korea has enjoyed most of the initiative over the past two decades,” Green, who was on US president George W. Bush’s team of negotiators on the North, said.

The North’s editorial also repeated a pledge to rebuild the economy with the aim of completing a “great, prosperous and powerful country” in 2012 on the centenary of state founder Kim Il-sung’s birth. – Reuters