After decades of war, a new nation is born 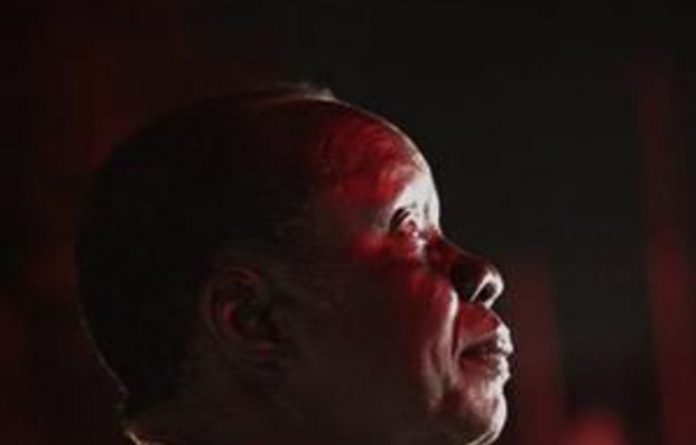 The sound of gunshots and galloping hooves travelled far through the night. Amel leapt to her feet and ran out of her hut. Her three children quickly followed. They did not pause to speak; they did not need to. The enemy was coming — Arab tribesmen on horseback and behind them government soldiers from north Sudan.

Amel was soon cornered. With smoke from burning huts curling towards the dark sky, Bol (10) and his sister Athoi (six) ran until they could run no more. They then lay down and hid in the tall, yellow grass among the acacia trees, praying they would not be captured and taken back to the north as slaves, as so many others had been.

But their brother Philip Ngor Bol, a small, serious boy of 14, kept on running through the night, barefoot, driven by terror and defiance. The enemy had already killed his father. He would not allow them to get him.

For three months he travelled through the bush, first alone, then with a small group of other people fleeing their villages, eating wild fruit and mangoes, tying strips of bed sheets over bleeding feet.

They waded through rivers and past rotting bodies before finally reaching a refugee camp in Kenya. It was there that Philip felt both relief and despair; he was safe, he knew, but his family was surely dead.

Making his mark
Now, 14 years on, Philip is preparing for the moment he thought would never come. On Sunday, in a polling booth not far from the village where he grew up, he will put this right thumbprint next to the symbol of an open hand on the ballot paper, the mark for separation.

Most of the nearly four million other southerners who have registered to vote will do the same. After the result is confirmed in five weeks’ time, Sudan, Africa’s largest country — which was always in effect two countries — will be formally split in two.

A new nation (South Sudan is one of the names suggested) will be born. Nobody expects the separation to be easy, especially since the south contains most of Sudan’s oil. But given the price they have paid no southerner will countenance anything else. The referendum was put on the table only at the end of a two-decade civil war with the north, in which an estimated two million people lost their lives. Many more were forced from their homes. Scarcely a family was not torn apart. Including the Bols.

Modern history has not been kind to southern Sudan, whose people are ethnically and religiously distinct from the predominantly Arab, Muslim north. During British colonisation, the two regions were administered separately, but the south was barely developed.

Fearing, correctly, that the Arab leaders in Khartoum would dominate the country once independence was achieved in 1956, the southerners launched a rebellion the year before.

The war ended in 1972, but the marginalisation continued. In Warbek village, where Amel and her husband Bol Deng lived, there were no services: no clinic, no proper school, no water, no road. Their first five children died soon after birth. So did Chan, Philip’s twin brother. Philip was only a year old when the second north-south civil war broke out. The Sudan people’s liberation army (SPLA), which was fighting on behalf of southerners, was not strong in Northern Bahr el Ghazal state, where Warbek is located. And so the northern army and its proxy militias of Arab horsemen repeatedly swept in, looting, killing and raping at will.

For a while Philip’s father, a tall, strong man, managed to defy them, and keep hold of his cows and goats. He took Philip into the bush with him soon after he learnt to walk, teaching him about herding and history.

“Even in our grandfather’s time, when there were spears but no guns, the Arabs would come for our cattle,” he would tell Philip. But this era was different. This was all-out war, and the raiders were backed by well-armed soldiers. One day in the early 1990s, when Bol Deng was alone with his herd of cows and goats, soldiers shot him dead and took his animals — the entire family wealth.

Dreams of vengeance
In the years that followed — hard years, punctuated by more raids — Philip began dreaming of avenging his father’s death. When he was old enough, he would join the rebels and fight back, he thought.

But then one night he heard the terrible sound of guns and hooves, and started to run. Behind in the bush he left his brother Bol, who eventually found his way home after three days. Athoi was already there. She had discovered their mother lying on the ground, half-dead. Amel had been beaten with the butt of a gun on her head, her back and her chest. Since there was no medicine in the area, neighbours applied hot water to her wounds. After a month she was able to walk again.

“I was so worried about Philip,” said Amel, now old, sickly and frail, at her village home this week. “We looked for him, but there was never any good news. So we thought he must have been killed. This was a terrible thing for me, but I knew it was the same for people all over southern Sudan.”

The idea that Philip might have made it to Kenya — so far away — seemed so unlikely it never occurred to them. And even if it had, war had cut them off from the outside world.

In Kakuma refugee camp in Kenya, home to many tens of thousands of Sudanese fleeing the war, Philip had tried to make the best of his situation. He learned to speak English. He took plumbing, agriculture and management courses. And he threw himself into bible studies.

“God separated me from my family,” he told himself. “If it is his will, he will bring us back together.” He had been in Kakuma nearly a decade when the war ended in 2005. The comprehensive peace agreement, signed in Kenya, gave the south substantial autonomy for six years, under the rule of the rebel SPLA leadership. After that, the people of the south had to choose between unity and separation. What little infrastructure existed in the south before the war had been destroyed, and slowly the southern government started to rebuild.

‘Let us go back home’
The government of the Sudanese president, Omar al-Bashir, in Khartoum offered little or no help — it barely tried to make unity an attractive option. Philip was keen to return home, but volunteered to help convince other refugees in Kakuma to do so first. When the Guardian first met him in 2008 he was riding around the camp with sign on his bicycle that said “Let us go back home”. He finally left Kakuma on a truck bound for Sudan in March 2009 with a bag of clothes, a small mattress and six textbooks.

From the southern capital Juba, he was flown to Northern Bahr el Ghazal, driven along the rough dirt road to Warbek, and dropped at the market. Immediately there were shouts and screams. Philip was back after 13 years! People whose faces he did not recognise hugged him so hard he had to pull away. He had left a boy and returned a man, but he was not forgotten.

As he stood to the side, trying to put names to faces, someone joked: “So will you recognise your mother?” Amel was in her hut when a child came running to say Philip was home. “You are deceiving me,” she said. “Why are you saying that?”

But a few minutes later he was at her door. Philip immediately burst in tears. His mother was alive — old, so frail, but alive. As they embraced she said: “Don’t cry my child. You have found me.”

Within hours his sister Athoi had arrived, running from 16km away after getting the news. But where was his brother Bol?

Philip travelled to the state capital Aweil, and spent a month looking for Bol before finding him in another town. They returned together to Warbek, but Philip did not stay long. He needed a job. He spent five months looking before landing work in a food aid warehouse, then as a plumber, and now for a US group that builds churches.

In the past few years, millions of southerners like Philip have returned from refugee camps in neighbouring countries, faraway states and from northern Sudan, ready to cast their votes for independence alongside those who stayed throughout, like his mother, brother and sister. “If I was young and strong I would take a stick from the roof of my hut, put on the southern Sudan flag, and run around shouting,” Amel said earlier this week. “We will be free.” – guardian.co.uk