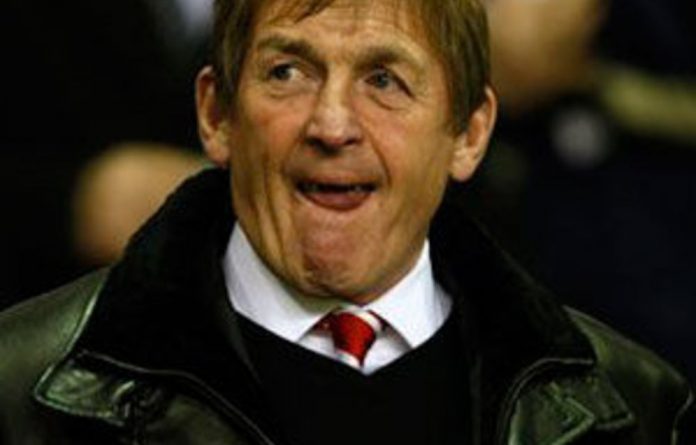 New Liverpool manager Kenny Dalglish said critics who questioned his sanity in returning to the Anfield hot seat had got it all wrong, insisting it was a “no-brainer” of a decision.

Liverpool great Dalglish was the last Reds manager to lead the Merseysiders to the English title in 1990, but the former Scotland striker, who went on to manage Blackburn Rovers and Newcastle, left Anfield a year later following the emotional stress of the 1989 Hillsborough disaster.

For all his time out of the game at top-flight level Dalglish, who received a hero’s reception from 9 000 travelling Liverpool fans at Old Trafford, insisted he was still up to the task.

“I’ll deal with the pressure the same way everyone else deals with it,” he said. “You go about your job to the best of your ability and what happens happens.

“How do you know you can do anything unless you try it? I’ll give it everything I’ve got to put this club in a better position.

“Whether that will be sufficient for everyone, I don’t know, but I can’t see into the future.

“All I can do is promise what I did when I signed for the club in 1977 — they will get 100% effort from Kenny Dalglish and that is the way I’ll go about it.”

‘It’s a club that means a great deal to me’
Dalglish revealed he was on a cruise ship heading to Bahrain when Liverpool’s principle owner, John W Henry, phoned and asked him to take charge.

“For me, it was a no-brainer,” added Dalglish. “I was on a boat, I was happy and then I got a phone call from John Henry.

“Being a professional athlete, I was at the bar.

“He said they had spoken to Roy and would I like to come and look after the team until the end of the season.

“It’s a club that means a great deal to me. I was very fortunate to be asked in unfortunate circumstances. The person who has lost their job [Hodgson] is a man of real dignity and integrity.

“It’s a fantastic journey for the next six months.”

Dalglish was angered by World Cup final referee Howard Webb’s decision to award United an early penalty, scored by Ryan Giggs, after Daniel Agger made minimal contact with Dimitar Berbatov inside the box.

And he was equally unimpressed by the straight red card shown to Gerrard for a leaping challenge on fellow England midfielder Michael Carrick, which meant Liverpool played more than half the match down to 10 men.

“The two decisions were the important factors in this game,” said the Scot, who steered Liverpool to three titles and two FA Cup triumphs during his first stint in charge of the club between 1985 and 1991.

“It wasn’t a penalty kick. We’ve lost a game of football, but we have to look at the circumstances of that.

“Other than the result I’m happy because I couldn’t have asked anything more in terms of effort and commitment.”

On Gerrard’s dismissal he added: “So anybody who leaves the ground is going to be sent off? It was harsh.”

No option
Gerrard will now miss Dalglish’s first Premier League game back away to Blackpool on Wednesday and next Sunday’s Merseyside derby with Everton, as well as the away game at Wolverhampton Wanderers.

Berbatov hit back at claims he dived and insisted he was no cheat.

“It was a penalty. There was contact, enough for me to lose my balance,” said the Bulgaria striker. “People who know me know I don’t go to ground easily.”

“It was two-footed and he [Gerrard] was off the ground,” said Ferguson. “It was a reckless challenge. He’s not that type of player, but he didn’t leave the referee with an option.” — Sapa-AFP