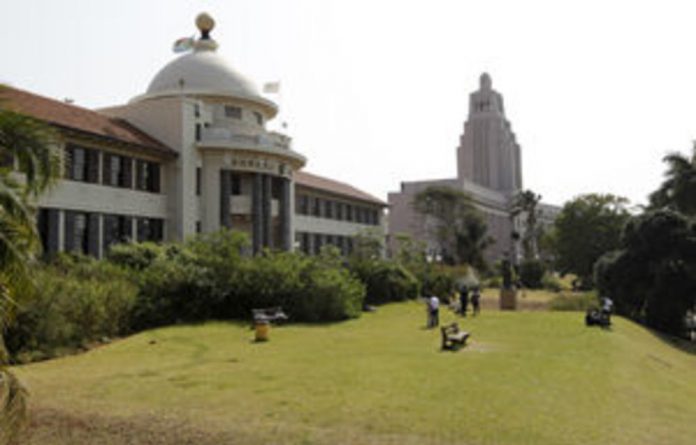 An independent audit of the University of KwaZulu-Natal (UKZN) that suggests management’s habitual disciplinary action against staff stifles dissent and restricts academic freedom has itself been suppressed. This follows a lengthy saga initiated by vice-chancellor Malegapuru Makgoba’s complaint that the audit showed “bias”.

In an unprecedented move the Council on Higher Education (CHE), a statutory body that advises the government on tertiary education, has decided not to release its own audit report, based among other things on 400 interviews with UKZN staffers.

As part of its legislated mandate, the CHE has been conducting institutional audits since 2004 and, until it reached UKZN, has published all its audit reports.

To date, 21 of the country’s 23 universities have been audited, and this year’s reports on Walter Sisulu and Mangosuthu universities will complete the first audit cycle, with the second due to begin in 2012.

Based on extensive university documents as well as site visits and interviews, the CHE audits make findings and recommendations on all the key indicators of a university’s performance, such as its research record, staff qualifications, student graduation rates and financial management.

‘Oral feedback’
Part of the standard CHE audit process is that the panel provides oral feedback to the university concerned along the lines to be presented in its final, written report. On behalf of the panel, Hall presented this feedback at UKZN in October 2008 in a lengthy session streamed live on the campus to anyone who wanted to follow it.

In his article entitled “Varsity’s voices of dissent gagged”, Hall suggests that the oral feedback made 45 points. Four of these concerned “institutional culture and academic freedom” and described a “culture of hostility”, deriving from “adversarial” relations between management and academics that “stifled debate”.

All prior CHE audits have been published within a year of such oral feedback but by November 2010 — more than two years later — UKZN’s had not appeared. Then in December a document called “Resolution on the Institutional Audit of the University of KwaZulu-Natal” () appeared on a subsection of the CHE website. Ahmed Essop, the chief executive of the CHE, confirmed this week it had been posted on December 3, and that the council had made “no formal announcement” of this.

The resolution states that the CHE decided to “withdraw” the audit report following a sequence of events that began in June 2009 when Makgoba was sent the draft report and complained of “bias” on the part of Hall and in the report’s — “general tone”.

The full extent of the interaction between Makgoba, UKZN’s council and the CHE during the 18 or so months that culminated in the CHE deciding not to publish the report remains murky, partly because Makgoba and UKZN council chairperson Mac Mia did not answer the M&G‘s detailed questions.

The university’s head of communications, Nomonde Mbadi, requested the newspaper “refer its enquiries” to the CHE.

But the CHE’s published resolution itself, Essop’s answers this week and M&G sources close to parts of the saga collectively suggest what the key moments were.

‘Pivotal moments’
The pivotal moment appears to have been the leaking of a confidential letter Hall wrote to the CHE in November 2008 and its publication in The Mercury newspaper in January 2009.

As Hall’s article more fully describes, he wrote the letter because he believed that UKZN’s widely publicised decision to pursue disciplinary action against two senior academics, made almost as soon as the oral feedback was completed but before the written report was finalised, constituted an “affront” to the CHE. The CHE’s resolution document confirms that the first of Makgoba’s two complaints to the CHE after he received the draft in June 2009 centres on this leaked letter and its publication in The Mercury. Makgoba argued this had “compromised the integrity of the audit process and suggested bias on the part of the chair [Hall]”, the CHE resolution says.

His second complaint concerned “factually incorrect” interpretations of “a range of issues”, the resolution says. These, however, could be “cleared up” by normal CHE audit processes, according to a review panel the CHE then appointed to address Makgoba’s concerns.

But on Makgoba’s first concern, that of bias and the leaked letter, the review panel said it was “unable firmly to conclude that the letter … did not have an impact on the drafting of the report” and that its leak “had substantially compromised the audit process”.

Asked how, if Hall’s oral feedback on the panel’s consensus had outlined points that were anyway to be made in the final report, either the writing or the publication of the leaked letter could have “had an impact on the drafting of the report”, Essop said simply that this was the review panel’s “view”.

A similar M&G question to Makgoba and Mia remains unanswered.

How the members of the review panel were appointed is another murky feature of the saga. It raises the question whether the review was as independent of the institution being audited as the CHE audits themselves are intended to be.

Asked which parties had been involved in selecting this panel, Essop told the M&G it “was appointed after consultation with the vice-chancellor”.

On the leak of the letter, a forensic audit conducted for the CHE by attorneys Edward, Nathan and Sonnenberg was “unable to determine the source of the leak”, Essop said.

Hall said he had not given the letter to The Mercury: “I’ve never had any contact with it,” he told the M&G.

‘Murky’
Another key feature that remains murky, and that the M&G‘s unanswered questions to Makgoba and Mia raised, is whether Makgoba shared the draft report with anyone when he received it in June 2009.

Well-placed sources suggest he has not discussed it in any UKZN forum. If so, this runs counter to the practice of all other audited vice-chancellors to date, who have shared the draft with their senior managements.

Essop acknowledged that nothing like this had happened with any of the other 20 audits the CHE had conducted and that the council’s own well-publicised audit processes made no provision for a resolution such as the one taken on UKZN.

“The withdrawal of an audit report was not contemplated at the time the CHE’s audit manual was developed,” he said. “The CHE will take into account the issues raised by the UKZN audit process in revising the audit manual for the second cycle of audits.”