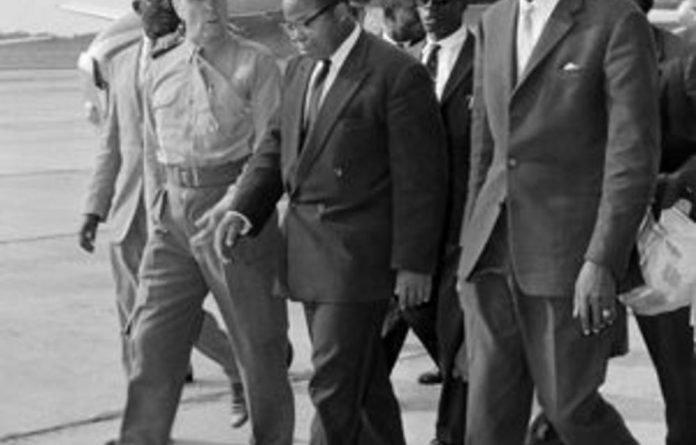 In 2010 17 African countries celebrated the 50th anniversary of independence, from the largest, such as Nigeria and the former Belgian (now Democratic Republic of) Congo, to the vulnerable, like Niger and Somalia.

But how deep was the impact of European colonialism? Was it exceptional in its repercussions? Or was the Eurocolonial century just a short chapter in millennia of African history?

Some African historians believe that, in spite of its relative brevity, the impact of colonialism on Africa has been of epic proportions, deep and wide-ranging.

Others argue that the imperial period was often little more than an episode, its impact unjustifiably exaggerated, one of the reasons European institutions transplanted to Africa have not taken root. And only because our generation is so close to the era of colonialism does its influence loom so large.

The shallowness of transplanted European institutions is best illustrated in the Belgian Congo. The so-called national army mutinied within little more than a month of independence.

The richest province at the time, Katanga, declared its secession soon after. The president, Joseph Kasavubu, and the prime minister, Patrice Lumumba, declared each other illegitimate and, before long, the latter was assassinated.

Since then millions have died and hundreds of thousands of women have been raped. The Congo remains the ultimate example of Africa’s chronic instability.

The artificial boundaries of African colonies have made it hard to integrate its populations into real nations. Sub-Saharan Africa continues to be haunted by perennial ethnic rivalries, while Arab Africa has suffered from periodic conflict between Islam and secularism.

Postcolonialism
Postcolonial African economies have suffered from skills shortages and an abundance of corruption. Three codes of conduct (indigenous, Islamic and Western) have created moral incoherence, at least for the time being. Indeed, the Somali militants seem to have traversed a whole span from pastoralism to piracy.

On the other hand, the epic school of imperial historiography would argue that European colonialism prepared Africa for participation in global affairs. The continent has produced two secretaries general of the United Nations (Boutros Boutros-Ghali and Kofi Annan) and a dozen Africans have won Nobel prizes, predominantly for peace, literature and physics.

The epic school also celebrates Africa’s initiation into modern science and technology, the partial eradication of deadly diseases, enhanced infrastructure in communications and electrification and modern cities. Many of these changes are irreversible.

But what are the signs for the next 50 years of post-colonial Africa?

Most of the continent is still in a pre-democracy era and many elections are notoriously rigged. Nonetheless, most African countries stand a good chance of becoming democratised.

The real test is when an incumbent president or political party allows itself to be peacefully voted out of office, not once, but at least twice. Ghana, which led sub-Saharan Africa in the attainment of independence in 1957, has satisfied that condition.

Democracy elusive
But there are countries that are unlikely to be democratised before the end of this century. Particularly vulnerable are the dual societies, in which two rival ethnic groups account for the majority of the population, notably Burundi and Rwanda (with their Hutu-Tutsi rivalry). Other states that may find democracy elusive are those that have a long history of nomadic lifestyle, or of ordered anarchy, in which governance tends to rely more on consensus than state coercion.

And then there are countries that were ordered tyrannies in pre-colonial times. Ethiopia, Egypt and Libya have a history of indigenous dictatorship before European colonial rule. In the postcolonial era it is almost certain that their centuries-old pharaonic and dynastic legacies will slow down democratisation.

And can Christianity and Islam, both growing in influence across Africa, coexist peacefully? In reality Christianity and Islam are divisive in Africa if they reinforce prior linguistic and ethnic divisions. Nigeria, for example, has the largest number of Muslims in Africa: almost all its Hausa population are Muslims, almost all its Igbo are Christians and the Yoruba are split down the middle. Thus Islam reinforces Hausa identity, Christianity reinforces Igbo identity and Yoruba nationalism unites its ­people regardless of religion.

Islam and Christianity divide northern and southern Sudan mainly because the two regions were already divided by even deeper pre-colonial cultural differences.

On the other hand, Senegal, a 90% Muslim country, repeatedly voted after independence for a Christian president and his successor had a Catholic first lady. This degree of ecumenical democracy has not been achieved in the West. And in producing a female head of state, Africa has done something that has proved beyond the reach of the United States, France and Russia.

The years ahead in Africa will likely be ones of continuing struggle, but we should ultimately discover whether its colonial transformation has been deep and epic or merely shallow and episodic. — Guardian News & Media 2010