Australia: Cost of floods to top other disasters 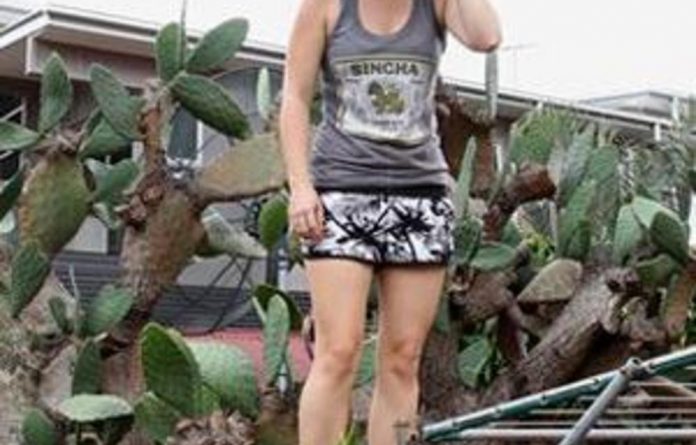 Floods devastating huge areas of Australia’s eastern seaboard, including the nation’s third-largest city, look set to be the costliest natural disaster ever in a country known for climatic extremes, Treasurer Wayne Swan said on Monday.

The floods in the major resource state of Queensland, which have swept through an area the size of South Africa, and overnight in 46 towns in Victoria state would not delay a promised return to surplus in 2012 to 2013, Swan said.

But the huge rebuilding and cleanup cost could force difficult spending cuts.

The estimated cost of rebuilding the worst hit Queensland state alone stood at $9.8 billion, the Australian newspaper said on Monday, and the damage bill was rising fast as record flooding moved south to northern and western Victoria.

“It looks like this is possibly going to be, in economic terms, the largest natural disaster in our history,” he told Australian television.

“This is very big. It’s not just something which is going to occupy our time for the next few months. It will be a question of years as we go through the rebuilding.”

The Australian floods have been blamed on the strongest ever recorded La Niña weather phenomenon in the Pacific, which saw Australia record its third wettest year on record on 2010.

La Niña has also caused major flooding across a third of Sri Lanka, destroying 21% of the nation’s staple rice crop and raising fears of food inflation.

Last week, the United Nation’s Food and Agriculture Organisation said global food prices reached their highest levels since its records began in 1990 and grains prices could climb further due to adverse weather patterns around the world. Flash flooding in Brazil has killed at least 62 people in the past week.

Food inflation has risen to the top of the agenda for many policymakers with memories still fresh of the 2008 food crisis, when soaring prices sparked riots in several countries, high inflation and in several cases deep trade deficits.

Floods fuel inflation
Flooding has hit four Australian states since December and the death toll from Queensland, now at 22, is expected to rise. The scale of the disaster has exceeded a 1974 cyclone in Darwin which left 43 000 homeless, although deadly 2009 bushfires in Victoria state claimed 131 lives, but caused less damage.

Central bank board member Warwick McKibbin last week warned that the Queensland floods could cut 1% off growth — equal to almost $13-billion, when lost production and infrastructure destruction were taken into account.

JP Morgan said Australia’s inflation risk had intensified due to the post-flood rebuilding programmes about to commence and given that the economy was already at “full employment”. It said the independent central bank could be forced to tighten rates more assertively in the medium term.

Early forecasts from analysts suggest economic growth for the current quarter could be halved to around 0.4 percent, but that would be made up in the next couple of quarters by spending on reconstruction and replacing damaged goods.

The floods were also likely to cause a spike in some food prices, lifting inflation modestly in the current quarter, while the huge scope of the rebuilding could add to price and wage pressures later in the year.

As a result, analysts see little chance of the Reserve Bank of Australia (RBA) raising interest rates again in the next two to three months, but a heightened risk of tightening once the full impact of the reconstruction is felt.

Post-flood economy to rebound
The Queensland state capital Brisbane, which was flooded last week, reopened it central business district on Monday as a massive clean-up continued across dozens of suburbs which were underwater only days ago.

“It is absolutely vital for the recovery of the city that the economic heart beat starts from right now,” Brisbane Mayor Campbell Newman told reporters.

Moody’s Investors Service said on Monday that the severe flooding in Queensland would not affect the state’s A1 rating.

In Australia’s southern state of Victoria, which had been fighting drought for 13 years, the town of Horsham was now bracing for a “one-in-200-year flood”, Mayor Michael Ryan said on Monday. “There’s nowhere for this water to hide. It must come through the river — it must come through Horsham,” he said.

But despite the widespread flooding, Australia’s minority government, whose coffers are bulging from the resources boom, is unlikely face onerous spending pressure.

The $1.3 trillion economy remains on track to grow by a robust 3% this year, and the stock market is at its highest since the country’s summer floods began in November.

As well, global coal prices have soared by more than 20%, in part because Queensland’s floods have disrupted up to 90% of Australia coking coal exports, used in steelmaking. Some analysts say hard coking coal prices could hit $400 to $500 a tonne, from the current $275 spot price.

Rio Tinto , BHP Billiton and Xstrata are among the companies involved in coal mining in Queensland. — Reuters