Crowded golf calendar is a ‘mess’ for Ernie Els 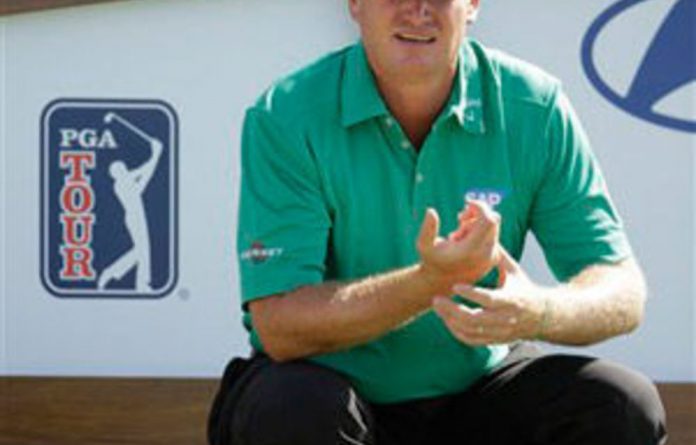 For all the miles he has flown and all the trophies he has won on the six major tours around the globe, Ernie Els would seem to be the biggest supporter of a move toward a world golf tour.

Els wasn’t referring to players demanding appearance money or expecting to be otherwise pampered. His angst is aimed at administrators who seem to be tripping over themselves to stake out territories, not to mention weeks on the calendar.

As he walked out of the Kapalua clubhouse at the start of the season and looked ahead to the end of the year, Els shook his head and said, “It’s going to be a mess.” A week later, he found out just how messy.

The Sunshine Tour announced over the weekend that the South African Open will be played November 17-20 “as a result of the congestion on the worldwide golfing calendar”.

Not only is Els very much South African, he is the defending champion and a five-time winner of his national open. The date change means the South African Open will be held the same week as the Presidents Cup in Australia. Els is the premier global player of his generation, yet even he hasn’t figured out how to be two places at once.

And right now, he’s not sure which one to play.

Would he skip the Presidents Cup to defend his title in South Africa? His body language — an angry stare and raised eyebrows — suggested he is seriously thinking about it. Remember, Els missed the inaugural Presidents Cup in 1994 to play in the British Masters and honour a commitment to longtime supporter Johann Rupert.

‘Doesn’t make sense’
The timing of the decision is even more peculiar considering how the last South African Open turned out. It was a 1-2-3-4 finish by Els, Retief Goosen, Louis Oosthuizen and Charl Schwartzel, with Tim Clark in a tie for ninth. Those five South Africans currently occupy the top six spots in the Presidents Cup standings.

“It doesn’t make sense,” Els said. “This is my national open. I don’t get a chance to play there often. I don’t know about the timing of this, but I’m sure the US tour had the date set already for the Presidents Cup. Then the European Tour comes in and … why are they trying to [mess] with myself and Retief and Tim? Don’t they have any regard for the Presidents Cup?”

Europe is involved because it co-sanctions the South African Open and is trying to play its season in a calendar year. The South Africa events that once kicked off a “new” year in December have been brought forward a month so the European Tour season can end in Dubai, which has been moved back because of the Presidents Cup and World Cup.

“We had no alternative but to compromise our schedule for 2011 for obvious reasons,” Sunshine Tour commissioner Gareth Tindall said in an email. “One also has to bear in mind that the Sunshine Tour … has no input whatsoever to the Presidents Cup, we are not consulted on scheduling and, more importantly, we derive no financial benefit from the event. And yet we may have up to five players qualifying.”

Els realises there are no easy solutions.

He might not be as frustrated had he been involved in the discussions, and the Big Easy should have been shown that courtesy given his worldwide support. At a time when the PGA Tour is asking its top players to add events, Els has been doing that for years. He was on the verge of playing New Orleans this year until a conflict in Asia arose.

And part of the frustration is feeling as though he has been burned before.

Els was leading the European Tour money list late in the 2007 season. The season-ending Volvo Masters was pushed back a week to clash with the Singapore Open, even though Els said tour officials knew he had signed a three-year deal to play in Singapore. He honored his commitment, and Justin Rose won at Valderrama to secure the Order of Merit.

It’s a mess, all right, and not just the week of the Presidents Cup.

McDowell wants to be at the World Cup. If he decides to defend his title at Chevron (where he beat host Tiger Woods in a playoff), that means going consecutive weeks from China to California to Dubai.

And it’s not likely the calendar will get any easier after this year, not with the PGA Tour already in Malaysia and looking to add tournaments in China, South Korea and Japan. Perhaps one tournament official said it best last year when asked about the cooperation among tours as golf continued to expand.

“The Far East looks a lot like the Wild, Wild West.” – Sapa-AP