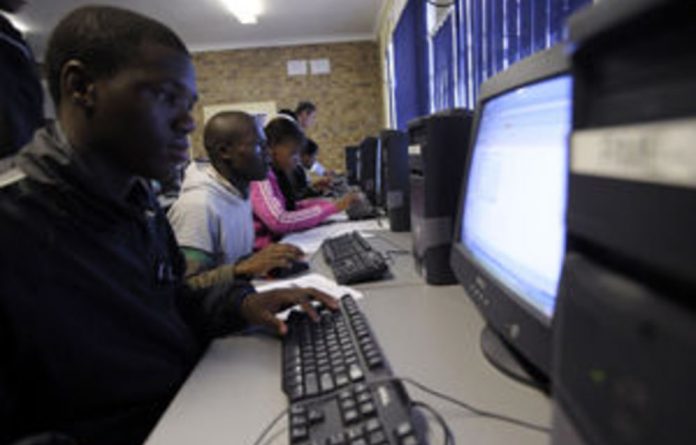 There is serious doubt about the state’s ability to manage the multimillion-rand funding assistance to students that President Jacob Zuma announced recently. This is because the auditor general had already disclaimed the National Student Financial Aid Scheme’s (NSFAS) financial statements for 2009-2010.

“I was not able to obtain sufficient appropriate audit evidence to provide the basis for an audit opinion,” the auditor general wrote in his report to Parliament on the NSFAS’s financial statements for the year ending March 2010. The scheme received nearly R2-billion in last year’s budget.

The Mail & Guardian has ascertained that the scheme will receive an additional R1,5-billion specifically to fund Zuma’s new initiatives, which, he said, would be implemented this year.

When the report was tabled in Parliament late last year members of the higher education and training portfolio committee expressed concern about the “continued problems with management and auditing” at the NSFAS. This is reflected in minutes of the committee’s meeting on October 19 when it considered the scheme’s 2009-2010 annual report, which contains the auditor general’s disclaimer.

The “competency and efficiency” of NSFAS staff came under fire from committee co-chairperson Mmamoloko Kubayi of the ANC, who said “the main issue remained about accounting”. She also “wondered why, in all the years NSFAS had been interacting with the committee, NSFAS [had given] no reports on implementation of [its] recommendations”, minutes of the October meeting show.

Two weeks ago Zuma announced that final-year university students who qualified for funding from NSFAS would receive loans equivalent to the full cost of study and that those who graduated this year would have their loans converted to non-repayable bursaries. He also said students at the further education and training (FET) colleges who qualified for financial aid would be exempt from paying fees from this year.

Ashley Seymour, the scheme’s chief executive, said the NSFAS would receive an additional R1,5-billion this year to fund these initiatives.

The NSFAS’s annual report shows that it awarded loans and bursaries worth R3,1-billion in 2009 to 191 046 students. It recorded net assets of R6,8-million for the year and loans repaid by students came to R636-­million.

In his March 2010 budget speech, Higher Education and Training Minister Blade Nzimande allocated R1,9-billion to the NSFAS and announced the scheme would disburse R2,7-billion in the 2011 financial year. That basic allocation is expected to rise again — apart from the extra R1,5-billion to fund Zuma’s initiatives — when Nzimande announces his budget in about two months.

Pundy Pillay, an economist at Wits University’s School of Public and Development Management, said the auditor general’s report was a serious matter that suggested something was badly wrong at NSFAS. “NSFAS is a public entity that should be audited by a public auditor and that simply did not happen,” he said.

Complaints from students and universities on a wide range of problems related to NSFAS funding have been a feature of every academic year for the past decade. Late last year protests erupted at Durban University of Technology, the University of Johannesburg and the University of the Western Cape. These protests related to problems that included NSFAS allocations to some universities running out by mid-year, delayed transfers to students and Pick ‘n Pay vouchers (that carry part of a NSFAS award’s value) being stopped unexpectedly, leaving some students without food.

The daily functioning of the NSFAS is touched on in the auditor general’s report, which says the scheme “could not provide sufficient appropriate audit evidence” to reconcile loan amounts recorded in one ledger with another “where the student loans are managed on a daily basis”.

Seymour blamed the auditor general’s disclaimer on the “technical accounting reporting standard” introduced in 2010, saying it was in the nature of the NSFAS’s business that it could not meet them.

“Our loan book is unique from any other in that our main requirement is that our debtors are in need of financial aid at the time of application while with banks you have to demonstrate that you can repay the loan,” he said.

He conceded that the NSFAS suffered from a “lack of skills, capacity and historical mismanagement”.

“At the time of that report there were only two chartered accountants in the organisation and that was myself and another person, and I was not involved in the finances,” he said.

But Seymour said that since October the NSFAS had appointed five chartered accountants. “There are no quick fixes. It will be an incremental improvement and we really are working hard not to get a disclaimer in 2011,” he said.

Sandile Phakathi, the South African Union of Students’ president, said students are unhappy with the treatment they receive from NSFAS staff and with the scheme’s inefficiency. “NSFAS has a culture of doing everything at their convenience and not serving the interests of students.”

Nqaba Nqandela, the chief of staff in the higher education department, said this week that Nzimande had “instructed NSFAS to put in place systems to manage [the R1,5-billion for Zuma’s two initiatives]. This implementation is being monitored by the department. The first workshop with financial aid officers from every university is being held tomorrow [Friday] by NSFAS.”