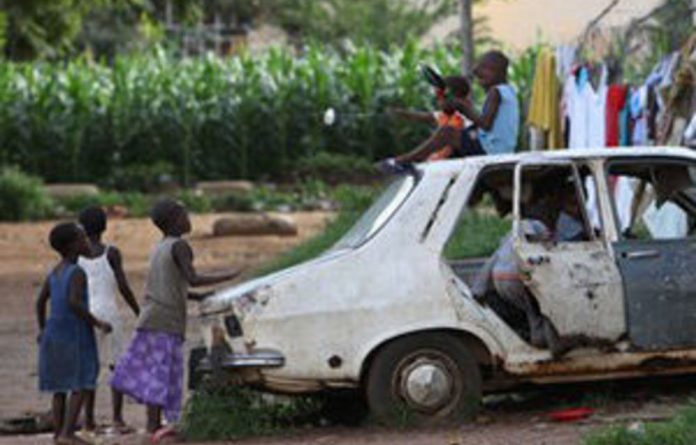 Nearly a third of Zimbabwe’s 5,5-million registered voters are dead, research has found. Others appear to be up to 120 years old, improbably outstripping the country’s average life expectancy of 43.

The independent Zimbabwe Election Support Network (ZESN) said the country’s electoral roll was a “shambles” and should be overhauled before fresh elections, which could be held this year.

A new electoral register is a key demand of the Movement for Democratic Change , which has accused President Robert Mugabe’s Zanu-PF party of counting “ghost voters” in its own favour.

After conducting an audit of the roll, the ZESN reported that 27% of people registered to vote were dead.

Life expectancy in Zimbabwe is 43 years, according to the World Health Organisation. Mugabe will soon turn 87.

The ZESN report found that 41% of voters had moved without updating their details.

Paper register
About 52% of men were registered, compared with 48% of women. “This is unusual considering there are more women in the country than men,” said the ZESN chair, Tino Bere. Young people were underrepresented, with only 18% registered. “There ought to be a lot more than that,” Bere said.

The ZESN said the problems opened the way for “double voting and other rigging intentions”.

Last year Tongai Matutu, an MP for the Movement for Democratic Change, claimed the roll contained 503 dead people — all of whom had supposedly been born on January 1 1901.

He said the anomaly showed “the extent to which the voters’ roll represents the graveyard”. – guardian.co.uk