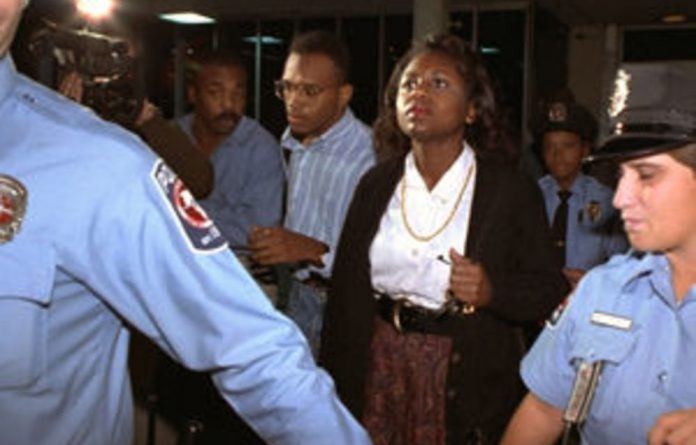 As Swedish prosecutors’ sex-crime allegations against Julian Assange play out, one aspect merits scrutiny. We know Assange, the founder of WikiLeaks, by name.

But his two accusers are consistently identified as “Miss A” and “Miss W” by the media. In the United Kingdom it is against the law to name an accuser in a sex crime case once a complaint has been made. Elsewhere — in the United States and much of Europe — media convention demands that accusers get the same protection. This is bad law and bad policy. Motivated by good intentions, the outcome harms women.

The shielding of rape accusers is a relic of the Victorian era, when rape and other sex crimes were being codified in what descended to us as modern law. Rape was seen as “the fate worse than death”, rendering women — supposed to be virgins until marriage — “damaged goods”. The practice of not naming victims took hold for this reason.

Borrowing from a poem by Coventry Patmore, Virginia Woolf labelled the ideal of womanhood in this period “the Angel in the House”: a retiring creature who could not withstand the rigours of the public arena.

“Good” women’s ostensible fragility and sexual purity was used to exclude them from influencing outcomes that affected their destinies. For example, women could not participate fully in legal proceedings. Indeed, suffragists fought for the right to be found guilty of one’s own crimes.

Nonetheless, even after women gained legal rights, and as other assumptions went the way of whalebone stays, the convention of not naming women who make sex crime allegations remains. Not only is this convention condescending, it makes prosecuting rape more difficult.

The same is true with universities. My alma mater, Yale, used anonymity to sweep incidents under the carpet for two decades. Charges laid anonymously are not taken as seriously as charges brought in public.

It is only when victims have waived their anonymity that institutions change. It was Anita Hill’s difficult decision in 1991 not to make anonymous accusations against Clarence Thomas, now a US supreme court justice, that spurred a wave of enforcement of equal opportunity law. Hill knew that her motives would be questioned. But as a lawyer she understood how unethical anonymous allegations were and how unlikely to bring about change.

The convention of anonymity, conversely, lets rape myths flourish. When accusers are identified, it becomes clear that rape can happen to anyone. Stereotypes about how “real” rape victims look and act fall away and myths about false ­reporting can be challenged.

Feminists have long argued that rape must be treated like any other crime. But in no other crime are accusers’ identities hidden. Treating rape differently serves only to maintain its mischaracterisation as a “different” kind of crime.

Finally, there is a profound moral issue here. Though children’s identities should, of course, be shielded, women are not children. If one makes a serious criminal accusation, one must be treated as a moral adult.

The importance of this is particularly clear in the Assange case, in which public opinion matters far more than usual. Here, geopolitical state pressure, as well as the pressure of public attitudes to Assange, weigh unusually heavily. Can judicial decision-making be impartial when the accused is exposed to the glare of media scrutiny and attack by the US government, while his accusers remain hidden?

It is no one’s business whom a victim of a sex crime has had sex with previously, or what she was wearing when attacked. Laws exist to protect women from such inquiries. But some questions of motive and context, for both parties, are legitimate in any serious allegation.

The Oscar Wilde trial of 1895 is worth remembering. Wilde, like Assange, was held in solitary confinement. Like Assange, he faced legal proceedings for alleged sex crimes in which there was state pressure: the alleged behind-the-scenes involvement of the then prime minister, Lord Rosebery, made a “guilty” verdict almost impossible. The roar of public opprobrium, in the wake of reports from accusers shielded in some cases by anonymity, also sealed Wilde’s fate. His sentence — two years’ hard labour — was atypically severe.

No one is proud of the outcome of that trial today. The lesson for us? Top-level political pressure and virulent public opprobrium, inflamed and enabled by anonymous accusation, can grossly distort the legal process. — Guardian News & Media 2011