More polish needed if SA is to shine at COP17 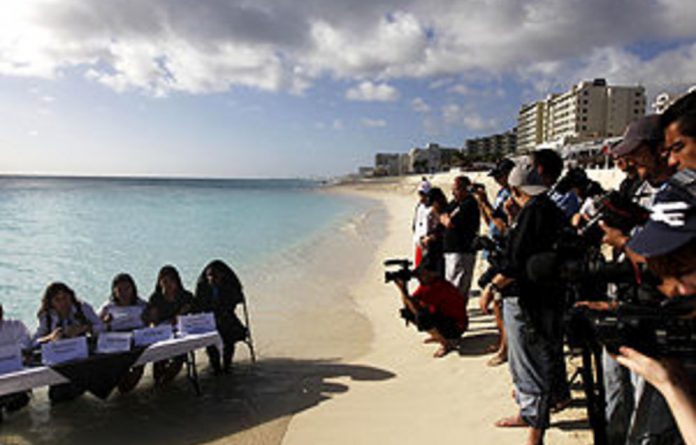 The Mail & Guardian recently reported that COP 17 (the 17th Conference of the Parties of the United Nations Framework Convention on Climate Change) will be South Africa’s Mecca on the Mountain (“COP 17: SA’s chance to shine“). But, unless there is preparation and relationship building, we will not shine on the world stage.

The introduction of new policies, plans and programmes and their uptake in South Africa are achievements that are not immediately discernable. Perhaps this is because of the existing analytical methodology. The targets and indicators associated with our national framework for sustainable development are not designed to pick out fine-scale, ­positive movement in institutional, governance and macroeconomic trajectories.

The efficacy of low carbon fiscal incentive systems should be monitored and evaluated. For example, the suite of “green taxes” of the Tax Act and the 2011-2012 proposed carbon tax(es) could serve as indicators of adaptation because they reflect policy and mind-set shifts among businesses, landowners and ordinary citizens. Reliable data for this is obtainable from the South African Revenue Service.

In addition, programmes that augment the national carbon offset and that increase payments for environmental goods and services are overlooked contributions. These include the remit of programmes that increase the natural resource estate (associated with the implementation of the national protected area expansion strategy), environmental stewardship agreements on conservation and agricultural land and integrating sustainability criteria into the land management and development planning of built environments.

There are several climate change policy aspects that are cause for concern. The key obstacle is that South Africa is poorly geared for sustainable development.

Environmental concerns are reflected exclusively in Section 24 (environment) of the Constitution. However, climate change inherently involves growing economic debt and food, water and energy shortages and the consequent social impacts.

The Green Paper
This constitutional systemic fault-line renders climate change the preserve of environmental departments which are tasked with mainstreaming sustainability horizontally and vertically in all spheres of government, including municipalities. It places unfair onus on national and provincial environmental departments to establish transversal governance linkages with public works, energy, transport, agriculture, housing, education and economics.

Provincial autonomy, such as the Western Cape’s initiatives, over national ministries is laudable in a democracy. But it does raise the question of whether this bottom-up policy development chain will eventually require policy re-alignments that will come as a cost to governance efficiency.

The industrial policy action plan, the integrated resource plan proposed by the department of energy and the draft 2010 national electricity plan are strongly pro-industrial and the omission of social equity and justice is glaring. These policies are all heavily criticised by civil society groups for bowing and scraping to big industry.

‘Special government projects’
Climate change work in South Africa is still considered as “special government projects”. These are predominantly financed by the international donor community or through public-private partnerships. It is morally indefensible that taxpayers (from the government’s coffers) should pay the price for industrial reform. In this regard business might wish to play a bigger role to minimise the tax burden of citizens.

Much of South Africa’s critical thinking on climate change policies is actively driven by consultants and advisory consortia. This intellectual ownership is a double-edged sword — much needed, but unsound.

Their role as knowledge intermediaries weakens the agency of government in its dealings with industry, protracts solution-driven dialogue and presents a high risk for vested interests. This could be ameliorated by strengthening dedicated in-house government units, getting rid of dead wood and giving jobs to the best and the brightest leaders.

Event observers will look for the most exciting exhibitionists at COP 17. In preparation our country must put less effort into insemination and more into release.

This is translated as identifying the “in-progress and on-paper” achievements, carefully considering the balance between over-reporting and under-reporting on progress and forging blocks of diplomatic alliances, including with activists. Judging South Africa exclusively on its energy security and industrial performance (with the Medupi and Kusile coal-fired power stations as headlines) necessitates strategic damage control reporting and media profile management at COP 17.

South Africa may decide to come clean and admit to gutter governance of industrial transformation. A strategically delivered mea culpa at COP 17 might redeem the country in the eyes of its disgruntled citizens, who disapprove of the “too close for comfort” relations between the ANC and the business community and the kid glove treatment of industry.

Such an act of governance integrity would send out an honest global message that developing countries, like their developed counterparts, are struggling to achieve climate change commitments that are socially equitable and just. This would present a learning platform for countries with governments who are being held to ransom — victims of a perceived dependence on industry.