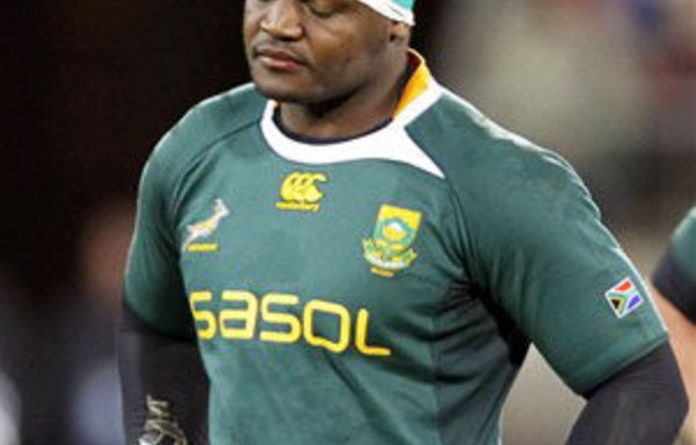 Suspended Springboks Bjorn Basson and Chiliboy Ralepelle were on Friday cleared to play after a South African Rugby Union (Saru) judicial committee found there was “no fault” on their part after the pair tested positive for the banned stimulant methylhexaneamine.

Wing Basson and hooker Ralepelle were suspended last November after testing positive for methylhexaneamine during a tour of Ireland and Britain.

A Saru statement said a committee comprising two lawyers and a doctor found the stimulant was in a supplement given to the Springboks ahead of a Test against Ireland in Dublin.

Methylhexaneamine is found in foodstuffs, medicines like nasal decongestants, and dietary supplements and can boost the heart rate of an athlete.

The outcome frees Basson and Ralepelle to play for Pretoria-based title holders the Bulls in the Super 15 from mid-February.

And they can be considered for selection by the Springboks, who launch their defence of the Rugby World Cup against Wales on September 11 in New Zealand city Wellington.

He moved to the Bulls during the close season and looks set to challenge incumbent JP Pietersen for the No 14 green and gold jersey during the Tri-Nations championship preceding the World Cup.

Ralepelle has been an understudy to Springbok captain John Smit for several seasons and became the first black to captain the national team when he led the tourists out against Leicester two years ago. — AFP, Reuters