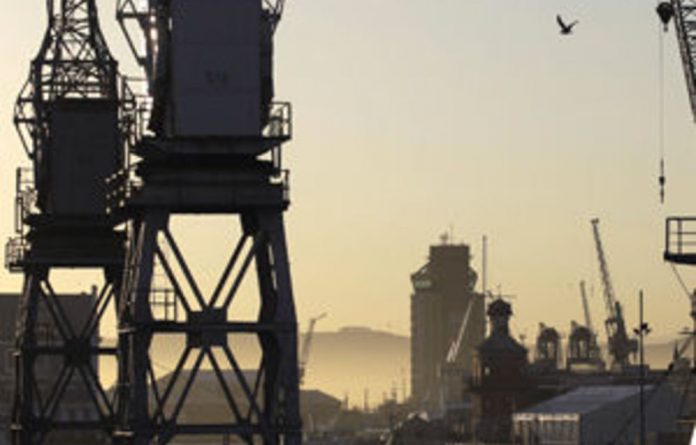 The National Ports Regulator has bared its teeth, by refusing to give the Transnet National Ports Authority the 11,9% tariff increase it requested.
Industry players had described the requested increase as “astonishing”.

The regulator’s decision to award the ports authority a 4,49% increase instead is seen as evidence that the body, which was set up in 2007, is proving to be effective.

In particular it has won praise for publishing benchmarking studies that compare South Africa’s ports with others around the world.

But while the regulator’s decision has been met with relief by shipping and freight companies as well as exporters and importers, many still bemoan the fact that South Africa’s ports remain among the most expensive in the world and are bedevilled by inefficiency.

In its tartly worded record of decision the regulator listed a host of incidents in which the ports authority failed to give sufficient information to support its request for an 11,9% tariff rise.

It said that although the tariff application was largely compliant with legislative requirements, there were a number of areas where the ports authority “fell foul of the regulatory framework”.

Not least of these was the “total exclusion” of income from the ports authority’s property business in calculations of the revenue it would require in the coming years and the failure to provide a transparent system for determining tariffs.

Tariffs
The regulator noted that the ports authority was conducting a tariff review project to address this failure. But it added that it had “not been provided with the details of what tariffs are to be amended, in what manner, the factors to be taken into consideration in such a review as well as their application to specific tariffs and the time frames of such processes”.

In addition, the low level of information “with respect to services or facilities pricing and cost relationship made it difficult, if not impossible”, to determine if any direct cross-subsidisation of operations was taking place, said the regulator.

It also said that Transnet failed to provide enough information to determine whether the efficient and effective management and operation of ports is being achieved.

In future the regulator will require more detail on the company’s capital expenditure programme, which it deemed insufficient this time around.

Debt service ratios
“A breakdown of the capex programme must show the amount of money that is transferred internally on every project, such as fees that are paid to either Transnet, or any of its subsidiaries/divisions, in addition to other service costs,” it said.

Transnet spokesperson Mboniso Sigonyela said that the company is disappointed with the regulator’s decision because it will have a negative effect on Transnet’s ability to maintain debt service ratios.

“Consequently, this may impact our decisions on future capital expenditure,” he said. In 2010 Transnet’s National Ports Authority made a handsome before-tax profit of more than R3,4-billion on revenues of R7,4-billion.

Research the regulator published late last year showed that South Africa’s ports are among the most expensive in the world. Indicators used to measure how well ports function also showed that Durban was highly inefficient.

Compared with other container ports — including those in the United States, the Netherlands and Saudi Arabia — Durban charged the most for total marine and infrastructure costs, including cargo dues reaching more than $182 000 per container ship. The average tariff was just over $86 000.

Durban also scored very poorly in terms of indicators used to measure port efficiency. In 2008 its rate of container crane moves was 23 per hour, the lowest in the world. Antwerp’s port, which is rated number one in the world, achieved 94 crane container moves per hour. The average is 51,3 per hour.

Average turnaround time per container vessel was 72 hours for Durban. The average of international ports was 36 hours. The research showed a substantial gap between what companies were paying to use the port and the services they received.

Expensive exports
Richards Bay proved similarly expensive when compared with other bulk port terminals. To export one shipment of coal from Richards Bay cost over $162 000 compared with an international average of just over $110 000.

It was the third most expensive port after Australia’s Port Hedland and the port of New York in the US. But Transnet defended its performance, saying it had invested R24,7-billion across the entire port system in the past five years and had focused on improving operating efficiencies to attract new lines.

Mike Walwyn, chairperson of the Port Liaison Forum at the Cape Chamber of Commerce, said that while there had been some improvements in efficiency in recent months, much work still had to be done.

He noted that at Cape Town crane handling rates had risen from below 20 an hour to the mid-20s an hour. But he said local ports remained uncompetitive globally because there was no internal competition.

Transnet has a monopoly over South Africa’s port facilities and has a stranglehold on cargo handling operations through its subsidiary Transnet Port Terminals. Work to bring in increased private sector participation has been slow.

Walwyn said that the industry is deeply concerned about the lack of skills and experience available to manage the ports properly. In addition, Transnet’s management of labour affects how the parastal’s assets are used.

Walwyn said that both government and Transnet must acknowledge that they need more private participation, particularly in mainstream container handling. The performance of Port Nqura (Coega) in the Eastern Cape has been relatively poor, according to Dave Watts, an independent maritime consultant, who lodged an objection to the tariff application on behalf of the South African Association of Freight Forwarders.

He said that in its application for an increase Transnet had included the costs of Nqura in its calculations and was effectively slamming its customers with these losses rather than passing them on to the shareholder.

“The bottom line is we have to be able to compete internationally and our terminals are inefficient,” said Watts.

He was sceptical about Transnet’s ability to increase private sector participation saying that at present labour unions are “very vocal” and it seems to be “too difficult a set of circumstances” to resolve in a short time.

Shipping firms look to sail into the future

Operators of the oil tankers, bulk carriers and ferries plying the seas are racing to find alternatives to fuel oil as pollution rules are tightened
Read more
Business

The financial sector has been accused of being hysterical about amendments to the law. But there are some genuine concerns
Read more
Advertising
Continue to the category
Politics