Not even Woods knows his progress 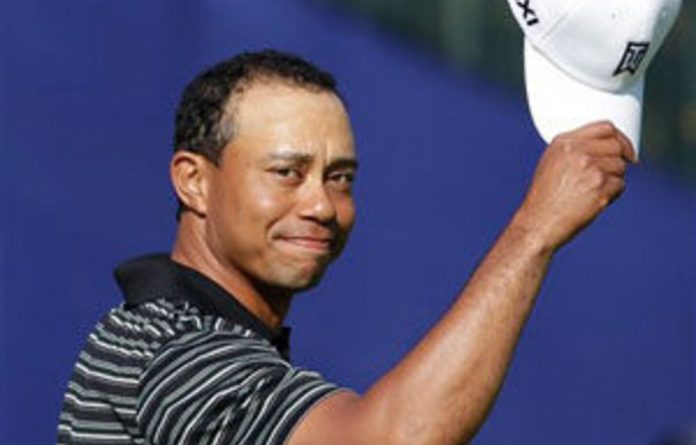 The trouble with being so good for so long is that it makes the bad times look even worse.

One of the more astute assessments about the state of Woods’ golf game came last year at the Australian Masters. He was paired in the third round with Kieran Pratt, a 22-year-old from Melbourne. A longtime observer noted that one player had won 14 majors among 82 titles around the world, the other was making his pro debut, and you couldn’t tell the difference. Pratt shot a 70. Woods had a 71.

A new year looked a lot like the old one for Woods.

To see him open with a pair of 69s at the Farmers Insurance Open made it appear as though his game was on an upward trend, until recognising that Anthony Kim was better in each of the two rounds.

Woods was outplayed in the next two rounds by two rookies: Jhonattan Vegas, an emerging star on the PGA Tour who showed no effects of a hangover from winning the previous week at the Bob Hope Classic; and Brendan Steele, who grew up in a tiny California town (Hemet) that didn’t even have a golf course.

Even more surprising is that it took place at Torrey Pines.

No one has had more success on San Diego’s public gem than Woods. He won the Buick Invitational six times, and won the US Open in 2008 on a shattered right leg — and in his first tournament in two months. But his record runs far deeper. He had never finished out of the top 10, and he had never finished more than four shots behind the winner.

This isn’t the first time Woods has revamped his swing, either.

The first big overhaul was in 1998, and Woods still finished only one shot out of a play-off that year at Torrey Pines. The other reconstruction project was in 2004, and he wound up two shots out of a play-off.

Woods failed to break par only one time on the South Course at Torrey Pines in his first 32 rounds in tour events. He shot 74 on Saturday to fall out of the hunt, and 75 on Sunday to fall into irrelevancy.

Flustered
At least he didn’t finish near the bottom of the pack as he did last summer at Firestone, another course where he has dominated.

Woods was flustered when he finished.

“Absolutely, absolutely,” he said when asked if he was surprised by his scores. “I started out hitting it pretty good out here this week. I really did. And it progressively got worse. We have some things that we need to work on. Sean [Foley] and I have been talking about it every night. I can do it on the range, but it’s a little different when I’ve got to bring it out here.”

Woods said he’s in “the process” of his swing change, whatever that means. When he was changing his swing under Hank Haney, his choice of words was, “I’m close”.

But even he’s not sure how close he is.

So much more was expected. Woods was coming off a solid tournament two months ago at his Chevron World Challenge, where he played great for 54 holes, looked shaky the last 18 and lost in a play-off to US Open champion Graeme McDowell.

Woods will always be compared with his past, and that’s not about to go away.

At his low point last year — a missed cut at Quail Hollow, a withdraw from The Players Championship with a neck injury that no one knew anything about — Paul Goydos cautioned not to judge Woods until he played courses where he traditionally won, and won big. Still to come was the US Open at Pebble Beach and the British Open at St Andrews.

Woods wasn’t a serious contender at either, and by then his game was in full meltdown mode.

So while it’s too early to measure Woods after one tournament, it’s natural to raise questions after such a pedestrian performance at Torrey Pines. Next week is the Dubai Desert Classic, where Woods has never finished lower than fifth. The last time he played, he won by one shot over a young German named Martin Kaymer, who now is number two in the world and could go to number one at the Qatar Masters this week.

Then after the Match Play Championship — too fickle to measure anyone’s game — is the World Golf Championship at Doral, where Woods has won three times and has never finished out of the top 10.

Each result that’s not up to previous standards will make him appear to be even further away from where he once was.

Woods says he is working harder than ever on the range, and Foley said he spent about four hours a week with him at Isleworth during the holidays, although it sure didn’t translate to the golf course.

It’s the same process — take the swing from the range to inside the ropes. Perhaps he would do well to add a tournament to give himself more repetitions when it matters, although there is no indication that Woods will play Riviera or even the Honda Classic.

The goal is to have his game ready for the Masters. That’s still two months away.

Given the way he started his year, it must feel as though it’s right around the corner. – Sapa-AP