Windies haunted by 32 years of pain 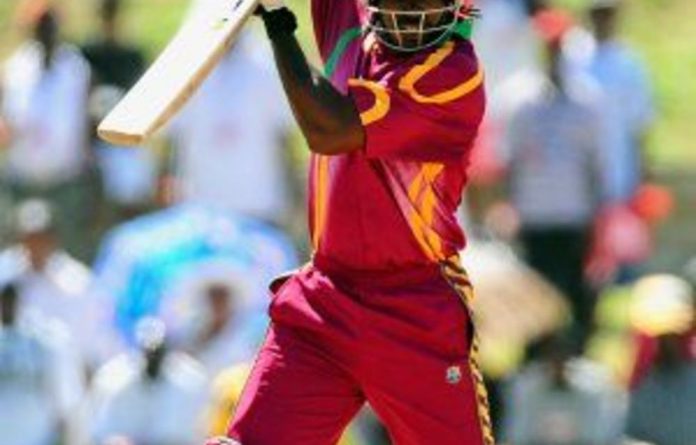 When the West Indies captured the first two World Cups of 1975 and 1979 — they won nine out of nine matches in two tournaments which lasted just three weeks each.

Fast forward 32 years, the World Cup now stretches over an exhausting six weeks and hops around three countries, a crushing schedule which will do nothing to ease West Indies’ hopes of winning a third trophy.

Cricket’s power base has long since shifted away from the Caribbean and long gone are the days when names such as Lloyd, Richards, Holding and Roberts terrified opponents.

Recent West Indies performances in the showpiece World Cup have reflected a trend of decline which has left their heirs struggling to make any sort of impact.

Runners-up to India in 1983, they were knocked out in the first round of four of the next six tournaments.

There were signs of life in 1996 when they made the semifinals after a traumatic campaign in which they forfeited a match in Sri Lanka over security concerns and then were shocked by Kenya.

In the last four, they lost by five runs to Australia with Shivnarine Chanderpaul’s stoic 80 runs trumped by Shane Warne’s 4-36.

Ugly atmosphere
On home turf, four years ago, West Indies made the second round Super Eights where they lost five of six matches and skipper and world-record setting batsman Brian Lara retired.

Since 2007, West Indies cricket has been dogged by in-fighting, selection rows and wrangling over player-power.

The atmosphere became so ugly in 2009 that the first-choice squad went on strike, forcing the West Indies Cricket Board to field a second-string side in a two-Test home series loss against Bangladesh.

The strike ended but the problems remain.

Chris Gayle, one of the team’s few world class players, was stripped of the captaincy last year after he turned down a central contract with the steady, if unspectacular, Darren Sammy being promoted from the ranks.

But Gayle needs to be kept onside as his blistering 333 in the Test series against Sri Lanka in Galle in November proved.

Former skipper Ramnaresh Sarwan has been recalled after being dropped from the tour of Sri Lanka.

Sarwan, like Gayle and Chanderpaul, is one of the West Indies’ most experienced players having featured in 157 ODIs, scoring 5 173 runs.

He possesses a formidable record in India where the West Indies will play five of their six group games. He has hit five fifties in the country and averages over 57.

The squad sees a debut call for Andre Russell while Carlton Baugh, who hasn’t played international one-day cricket for over two years, got the wicketkeeper’s nod over Denesh Ramdin.

“For us in the Caribbean cricket is more than just a game. All the players who are here are committed and in a way it is the legacy that West Indies cricket holds,” said Sammy.

“We are going to bring back the passion and the pride and also perform for us to take the West Indies team up the ladder.”

The West Indies are in Group B at the World Cup and will face South Africa in their opener on February 24 in New Delhi followed by games against Netherlands, Bangladesh, Ireland, England and India.

The top four teams will qualify for the quarterfinals. — Sapa-AFP