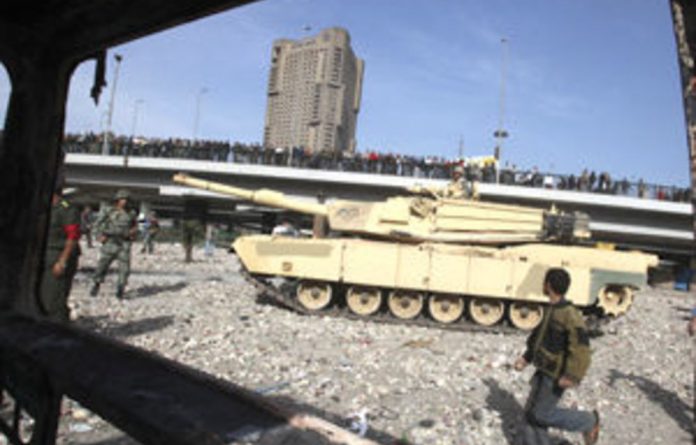 Egypt’s Islamist opposition has vowed to “respect the will of the Egyptian people” if Hosni Mubarak’s regime falls, amid concern from Western leaders that religious extremism might proliferate following the anti-government uprising.

Recently Tony Blair, the Middle East peace envoy, warned that Egypt might take a backward step “into a very reactionary form of religious autocracy”. But his words carried limited resonance in Egypt, where the Muslim Brotherhood, the country’s largest opposition force, has played little more than a walk-on role in the unprecedented protests that have shaken one of the Middle East’s ­oldest and most entrenched dictatorships.

“There is widespread exaggeration about the role of the Brotherhood in Egyptian society and I think these demonstrations have exposed that,” said Khalil al-Anani, an expert on Egypt’s political Islamists at Durham University in northeast England. “At first the movement showed little interest in the protests and announced they weren’t going to participate. Later they were overtaken by events and forced to get involved or risk losing all credibility.”

Egypt’s ongoing uprising has been largely leaderless, planned initially by secular online activist groups and quickly gathering a momentum of its own, as protesters managed to beat riot police off the streets and inspire belief that Mubarak’s security forces could be overcome.

When the Brotherhood finally threw its weight behind efforts to bring down the government Islamist slogans were noticeable by their absence.

“Like many others, I participated in these protests not as a Brotherhood member but as an Egyptian, even though both labels apply to me,” said Mohamed al-Assas, a 35-year-old media production worker in Cairo. “Many of the older political leaders, not just of the Brotherhood, but of other formal parties as well, were not so enthusiastic about the ­demonstrations.

“But that doesn’t matter because this is a youth revolution — we don’t need leaders to tell us what to do.” The group was formed in 1928 and is still officially outlawed. Hundreds of Brotherhood members have been jailed in periodic crackdowns, yet it is from the existence of the Brotherhood, and the regime’s perceived ability to suppress it, that Mubarak has derived much of his legitimacy in international circles.

This, combined with the fact that the Brotherhood’s current leadership has often devoted more of its energies to dawa, or social evangelism, than overtly political projects, has led many analysts to accuse it of a symbiotic relationship with the government it claims to resist.

“The Mubarak regime was adept at inflating the influence of the Brotherhood and painting them as a threat to Egyptian society and to the West,” said Anani. “It was the pretext for Mubarak’s rule and it was a lie. I think that if Egypt held free and fair elections tomorrow the Brotherhood would not get a majority.”

Mindful of the limitations of their popular support, and the danger of their involvement being used as an excuse for the West to maintain support for Mubarak, the Brotherhood therefore stood back as the past week’s revolt unfolded.

Only later this week have senior figures begun publicly taking part in the jockeying for position in a post-Mubarak Egypt, and they have done so as unobtrusively as possible, mandating the non-Islamist Nobel peace prize laureate Mohamed ElBaradei to help lead any transitional government. “The Brotherhood realises the sensitivities, especially in the West, towards the Islamists, and we’re not keen to be at the forefront,” said Mohamed el-Beltagui, a senior ­Brotherhood leader.

The Brotherhood’s leadership continues to claim it does not aim to take control. “We are not for governing; we have no ambitions in this area,” Waleed Shalabi, its media coordinator, said.

“The revolution has brought us into much closer contact with other secular protest groups with whom we’re working now on a regular basis. The elder leadership respects those new links, because they have to,” Assas said.

“Ongoing internal debate within the MB [Muslim Brotherhood] leadership oddly mirrors claims of an old-guard/new-guard clash within the ruling NDP [National Democratic Party],” wrote Margaret Scobey, the US ambassador to Cairo, in a secret cable in 2009. “The concern expressed by the leadership of both about the impact of rapid or aggressive reform is a common thread.”

“All of Egypt is changing, and of course the Brotherhood is part of that,” said Assas. “The youth is leading the way and leaders are heeding our call.” — Guardian News & Media 2011