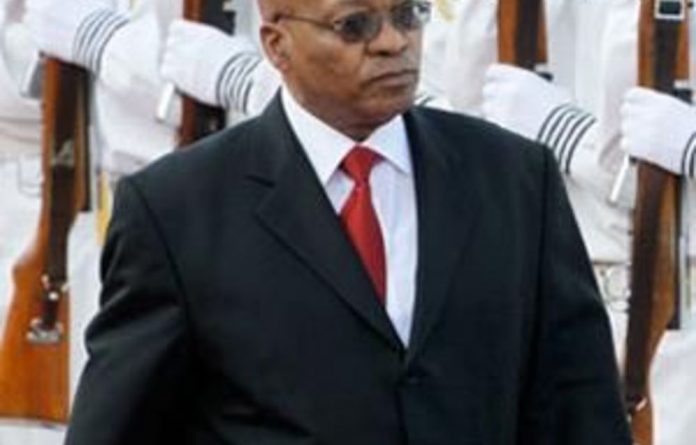 President Jacob Zuma faced pressure on Thursday to map out concrete steps to fight massive unemployment with nearly one in four people jobless in the continent’s economic powerhouse.

Zuma, who took office in May 2009, rode to the presidency on a popular wave of pro-poor hope, but is due to give the annual State of the Nation address at 7pm on Thursday amid mounting criticism that he has not delivered on many of his promises.

Job creation is expected to be the central theme of the speech, which comes on the heels of a new survey that found falling public support for his leadership in the run-up to local government polls due later this year.

“South Africans are now saying that the government has had time to show what they are made of and the public is not impressed with what they see,” said Anneke Greyling of Ipsos Markinor, which polled 3 558 people in November.

Zuma’s performance rating fell from 77% to 62% over the course of a year in a term criticised for rising unemployment, corruption, wasteful spending, crime, a lack of presence by Zuma, and tension with fiery African National Congress Youth League leader Julius Malema, the survey found.

The government has pledged to create five-million jobs and cut unemployment to 15% within a decade, but Zuma is being pushed for hard details on how he will tackle South Africa’s challenges.

The country’s official unemployment rate fell from 25,3% to 24% between the third and fourth quarters of 2010, but the rate rises to 36% if discouraged job seekers are included.

‘Still looking for opportunities’
“The situation of unemployment and inequality in South Africa is completely unsustainable,” said analyst Judith February of the Institute for Democracy in South Africa.

With the economy shedding almost a million jobs in the past year and facing rising inequality, there was huge pressure on Zuma, she said.

“Today one hopes the president will stick his neck out and really commit to which programmes, actions, plans and to their implementation and coordination and coherence,” February told Agence France-Presse.

“Whether he will do so or not remains a big question mark. So far he hasn’t really shown the appetite for doing so, but we will see.”

“A lot of South Africans have been living under a high margin of unemployment and they are looking for opportunities, and we will be listening closely as to what the solution will be this year,” he said.

Strong election tone expected
Jobs, graft and better access to basic services were highlighted as priorities by Twitter and Facebook users whose input was sought by the presidency ahead of the speech.

Zuma was told to get rid of shacks in which 1,8-million South African families still live, to be heavy-handed on poor government services and to roll out better education.

“The articulation of these views represents an acknowledgement by the ruling ANC’s voters that government have largely let them down over the last decade.”

With Zuma leading the African National Congress (ANC) into local government elections later this year, analysts also expect the address, which will be broadcast live at 7pm (5pm GMT), to have a strong election tone. — Reuters