Egyptian aftershock felt most by Israel 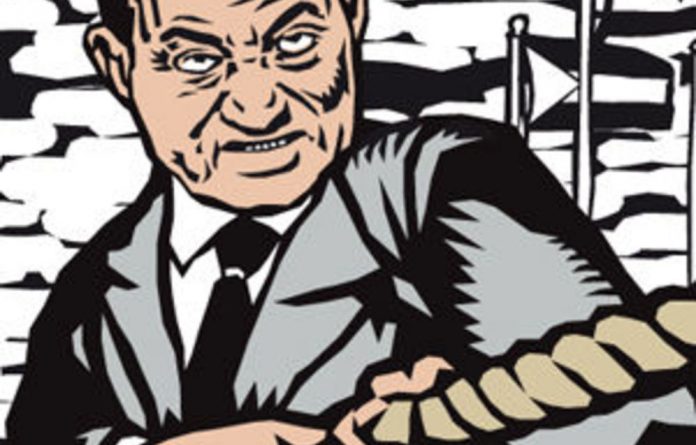 As the Tunisian uprising gained momentum after four weeks of protests and former president Zine el-Abidine Ben Ali was spirited out of the country, questions were being asked about “who next” would face the “Tunisia effect” and whether the North African country was the first of a set of dominoes to fall across the Arab world.

We now know that Egypt was next — even if that country’s president stubbornly refuses to go anywhere. But there is no set of dominoes that will result in despots fleeing their countries or being forced into early retirement.

While observers excitedly point to protests in Jordan, Algeria, Yemen and Syria, none of these represent the same phenomena as Tunisia or Egypt. The conditions in each country are sufficiently different that one cannot predict whether there will be a “next”.

This is not to say, however, that the two uprisings — especially that in Egypt — have had no impact on other regimes in the region. Jordan’s King Abdullah dissolved the cabinet and appointed a new prime minister; Algeria announced the lifting of the two-decades-old state of emergency; Yemen’s President Ali Abdullah Saleh announced he would not contest the next election in 2013; Syria announced it would ease restrictions on certain rights such as free expression.

And it hasn’t only been Arab dictators who felt pressured. Ethiopia’s government announced a cap on the price of basic foods within days of Ben Ali’s flight from Tunisia; the general strike in Bangladesh has been partly inspired by Egypt; and some commentators even point to the possibility of “the Egypt effect” in Russia and the former Soviet states.

Furthermore, though potentates in the region might not (immediately) fall as a result of the two uprisings, they have had profound long-term effects on their peoples. Both organised and unorganised opposition, as well as ordinary people in many countries of the region, have been emboldened over the past two months. If masses of Egyptians can force their government into making concessions, the sentiment goes, then all people can do the same to their governments.

Greater confidence
Opposition groups, too, have gained greater confidence in making demands as they watch banned and exiled opposition leaders return to Tunisia or discuss holding negotiations with the government in Egypt. And networked Arab youth have realised that their laptops and Blackberries have enormous power when connected to the spirit of mass action. The history of the Arab world will be divided between the era before the Egyptian intifada and the era after it.

The most significant implication of the Egyptian uprising, however, will be seen in the politics of the Palestinian-Israeli dynamic. The immediate effect of Egypt’s intifada on Palestinians is enormous, especially as it follows closely on Al Jazeera’s revelation of “the Palestine Papers”, which expose the Palestinian Authority (PA) for what many Palestinians regard as a sell-out.

Palestinians were angered by what the documents contained, and then, suddenly, Egypt erupted, inspiring Palestinians to believe that Arab people do have agency and Arab leaderships can be overthrown.

The effect of the PA’s heavy-handed response to the demonstrations in Ramallah that supported the Egyptian protests and of President Mahmoud Abbas’s Fatah organisation demonstrating in support of Mubarak are yet to be felt. These events have placed Abbas, Fatah and the PA on the side of despotism and against democracy and will harden Palestinian attitudes towards them.

More far-reaching effects of the Egyptian uprising, however, concern Israel more directly. The Camp David agreement signed between Israel and Egypt in 1978 was crucially important to Israeli interests. Through it, Egypt was neutralised as a military and political threat to Israel, which was able to reduce its military spending and the size of its army, confident that it faced no threat from the largest Arab nation with the largest Arab army.

Furthermore, Camp David signalled the beginning of an important strategic and economic relationship between the two countries — usually to the detriment of the Egyptian people. The agreement also meant that Egypt became the second largest recipient of aid from the United States, and Egypt’s military became dependent on the US for weapons, spare parts, training and intelligence.

Political issues
Beyond military and political issues, however, are others that Egyptians do not take lightly. For example, the fact that Egyptians pay more for Egypt’s natural gas than Israelis do, and that Egypt is obligated — if it wants to export its cotton to the US market — to have that cotton processed in Israel, thus helping to bolster Israeli capital.

Additionally, it is only through Egypt’s active collaboration that Israel is able to maintain the stifling siege on Gaza. Egypt has played an active role (especially through the incumbent vice-president and, most likely, new acting president, Omar Suleiman) in ensuring that the PA plays according to an Israeli and American script and that reconciliation between Fatah and Hamas will be virtually impossible. WikiLeaks revealed that Suleiman had a secret hotline with Israeli intelligence, which was used on a daily basis, and that he had invited the Israeli defence force to reinvade the Egyptian Philadephi corridor to “prevent smuggling” into Gaza.

The next weeks and months will reveal an Egyptian power structure in transformation. The military intends, through negotiations, to maintain its political hegemony and protect its economic interests. Even if it achieves both, Egypt will not be as it was two months ago, and some form of greater democracy is inevitable. Furthermore, greater political liberalisation will result in certain banned and suppressed groups — the Muslim Brotherhood pre-eminently, and other leftist and nationalist groups — playing a stronger political role.

The Egyptian working class, too, will ensure that it has greater say in a future Egypt. Already, as part of the mass action, iron and steel workers have issued political demands on the government and workers in the Suez Canal Company and Egyptian telecoms have downed tools. Such a new configuration will change the power balance in the region.

The Egyptian military, as well as Israel and the US, hope negotiations in Egypt will result in a new presidency that will be friendly to the US and its interests, and that the military will be able to maintain and strengthen its role in foreign affairs, especially insofar as it relates to Israel. This, however, is not a given, and most opposition parties want to divest the military of such powers.

All opposition parties in Egypt will tread carefully so that they do not alienate themselves from the West and from the US in particular and it is unlikely that anything as radical as considering withdrawing from the Camp David accord will occur soon.

Nevertheless, a reconfigured Egyptian government is likely to reconsider gas, cotton and other such deals, and, more significantly, will review Egypt’s close relationship with Israel and its maintenance of the Gaza siege.

An easing of the siege — which is probable — will result in a free flow of goods and people between Egypt and Gaza, effectively breaking Gaza’s isolation and strengthening the anti-Israeli resistance in the strip. That in itself will adjust the power balance between Israel and the Palestinians. If it is accompanied by a revolt against the US and Israeli-supported PA, the entire way in which we understand the Israeli occupation and the Palestinian-Israeli relationship will change.

Na’eem Jeenah is executive director of the Afro-Middle East Centre, a Johannesburg-based think-tank

The chief justice needs to publicly account for his comments, by either walking them back or explaining his change of heart on international law and its institutions
Read more
Africa

Once upon a time, being a South African in the rest of Africa was a get-out-of-jail-free card. Now we are viewed with anger. And we deserve it
Read more
Opinion

‘No one cares’: Palestine’s pain persists, 50 years on

In the ‘jubilee year’ of the Israeli occupation, the world must refocus its attention on this human rights outrage
Read more
Opinion

​Liberate Palestine, bring down the walls of Israel

Palestine is a series of islands in a sea of Israel — a repressive state that uses force to curtail freedom.
Read more
Advertising