Issue of defence unions a priority 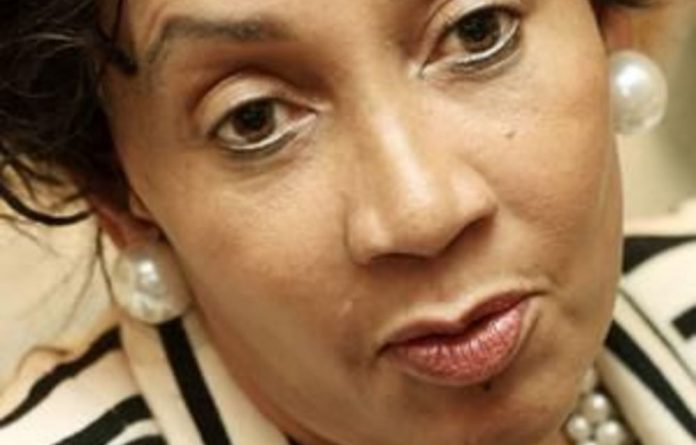 The issue of whether unions should be “removed” from the South African National Defence Force (SANDF) has been identified as a priority and must be concluded this year.

This was noted at a meeting between Defence Minister Lindiwe Sisulu, the Military Command, the Defence Secretariat, and the Defence Force Service Commission.

“The meeting urged the minister to finalise the process to remove unions from the SANDF as they remain a security risk,” defence department spokesperson Ndivhuwo Mabaya said in a statement on Tuesday.

“The minister reported that the legal team has finalised a review of what is the best route to remove unions from the SANDF and action would be taken. This issue was identified as a priority to be concluded this year.”

In December last year, Sisulu said that she would change the Constitution if she had to in order ban unions from the SANDF.

Her comment came when she lost a court case with unions where the North Gauteng High Court ruled that the procedure used to issue dismissal notices to about 1 000 soldiers who took part in an illegal strike at the Union Buildings was unconstitutional.

The meeting also noted that: “Sandu [South African National Defence Union] and other irresponsible unions are a serious problem as they do not respect commanding officers and their national leadership encourages lawlessness and chaos.

“The minister also called on the Military Command Council to communicate the message that discipline is not negotiable. Those who do not want to follow strict discipline must leave the SANDF.”

The commission report covers a review of challenges in the SANDF since 1994 to 2010.

The Acting Chief of the SANDF, Lieutenant General Themba Matanzima, and his team of generals reported that the recommendations of the commission had been prioritised and fast tracked for implementation in the coming financial year.

Mabaya said the meeting also discussed the conditions of service of the soldiers and their families and the increasing number of deployments the SANDF was involved in — from border patrol, peace keeping, rescue and disaster assistance and other domestic commitments.

The meeting also noted a commitment by the Minister of Public Works, Gwen Mahlangu-Nkabinde, to address accommodation and infrastructure challenges in the SANDF.

The Sandu on Tuesday night took note of the statements and said they insulted constitutional freedom.

“Surely such a stance flies in the face of an open and democratic society and the free and open availability of information,” it said in a statement.

“It smacks of patronisation and insults constitutional freedom.”

The union suggested that the independence of the commission had been compromised.

“The unbridled hostility towards constitutionally sanctioned military trade unionism sees not only the commission being implicated in stepping beyond its mandate by dabbling in the constitutional rights of SANDF members, but also reflects the military command as openly defying the Constitutional Court.

“These kinds of tendencies are usually found in dictatorships and oppressive regimes and certainly not in constitutional democracies,” it said. — Sapa