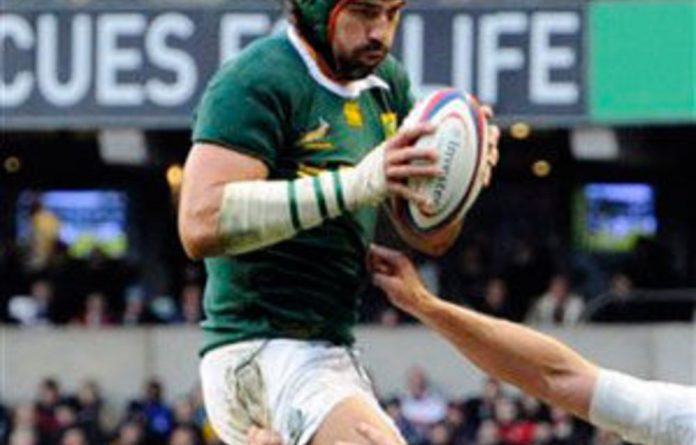 Three-time champions the Bulls launch their title defence against the Lions in one of six national derbies in this weekend’s kick-off to the revamped Super 15 season.

The Pretoria powerhouses, chasing a Super hat-trick after capturing the last two editions, tackle John Mitchell’s Lions in Johannesburg on Saturday in the first of 16 regular season games in the southern hemisphere provincial series.

Meanwhile, title rivals and seven-time winners the Crusaders have an all-Kiwi blockbuster against the Blues in Auckland on Saturday, but will be without inspirational All Blacks skipper Richie McCaw, who has been sidelined by injury for the opening six rounds.

Tournament newcomers the Melbourne Rebels, coached by World Cup winner Rod Macqueen, make their debut against the Waratahs at home on Friday in the first of three Australian matches this weekend.

‘Our best is yet to come’
Bulls Captain Victor Matfield laid down a marker for the season ahead when he said he expected good things from his settled team.

“Things haven’t changed that much during the off-season when we worked hard on improving some facets of our game, but I do feel our best is yet to come,” Matfield said.

Apart from a few injuries and the introduction of winger Bjorn Basson, the Bulls are close to the line-up that dominated the last two years.

The Lions will be looking to improve dramatically under former All Blacks coach Mitchell after losing all their 13 matches last year.

The Crusaders will feature the three Whitelock brothers in their line-up against the Blues.

All Black lock Sam Whitelock will be joined by his siblings, George and Adam, in the starting 15, while openside flanker Matt Todd will make his debut in place of McCaw, who had surgery on a stress fracture to his foot this week.

“It’s an exciting time and we’re entering the unknown a little bit with the new format of the competition, but we are looking for a good performance against the Blues,” Crusaders coach Todd Blackadder said.

“These derby matches are very important with the new conference system and I hear there will be a big crowd at Eden Park, so the atmosphere should be superb.”

There will be 20 regular season local derbies played in each country in the expanded league with a new three national Conference system leading to a three-week finals series in June/July involving six teams.

England international flyhalf Danny Cipriani has been relegated to the bench for the Rebels’ Super Rugby debut against the Waratahs in Melbourne.

Prominent signings
Cipriani, the first player signed by the Rebels, has missed out to James Hilgendorf in the playmaker role.

The Rebels’ other prominent signing, former All Blacks prop Greg Somerville, injured his knee in training and may not take on the Waratahs’ big forward pack.

Waratahs number eight Wycliff Palu is out for a couple of weeks with hamstring trouble, but centre Rob Horne is a confirmed starter, while Wallaby prop Benn Robinson has been named on the interchange bench.

Wallaby back Matt Giteau, who will join French club Toulon after this year’s World Cup, will lead the ACT Brumbies for the first time against New Zealand’s Chiefs in Canberra on Saturday.

Former All Black skipper Tana Umaga (37) will make his Super Rugby return for the Chiefs.

The exciting Reds will look for a successful start to their season against the Force in an all-Australian derby in Brisbane on Sunday.

New Hurricanes coach Mark Hammett has gone for fitness and form over experience in his team for Friday’s New Zealand derby against the Highlanders in Wellington.

The Sharks will look to put behind last season’s disappointment when they open up against fellow the Cheetahs in Durban on Saturday, while the Cape Town-based Stormers have the opening weekend bye. — AFP