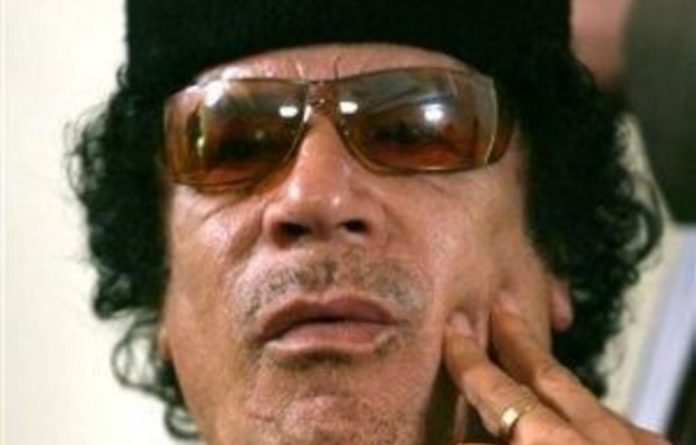 Dozens of people were reported killed in Libya overnight as anti-government protests reached the capital for the first time and several cities in the east appeared to be in the hands of the opposition.

One of Moammar Gadaffi’s sons said the veteran leader would fight the popular revolt that has shaken his 40-year rule until “the last man standing”.

Anti-government protesters rallied in Tripoli’s streets, tribal leaders spoke out against Gadaffi, and army units defected to the opposition in a revolt that has cost the lives of more than 200 people. Protesters said they had taken control of Benghazi.

Anti-government protests have also broken out in the central town of Ras Lanuf, the site of an oil refinery and petrochemical complex, Libya’s Quryna newspaper reported on its internet site on Monday. The town is in Sirte, Gadaffi’s home region.

A coalition of Libyan Muslim leaders told all Muslims it was their duty to rebel against the Libyan leadership because of their “bloody crimes against humanity”.

With autocratic governments already toppled by popular uprisings in Tunisia and Egypt, there was a sense that Gadaffi’s iron grip was being severely tested.

In signs of disagreement inside Libya’s ruling elite, the justice minister resigned in protest at the “excessive use of violence” against protesters.

Libya’s ambassador to India told the BBC he was resigning in protest at the violent crackdown.

European nations watched developments in Libya with a growing sense of alarm after the government in Tripoli said it would suspend cooperation on stemming the flow of illegal immigrants across the Mediterranean.

Al-Jazeera television quoted medical sources as saying 61 people had been killed in the latest protests in Tripoli.

It said security forces were looting banks and other government institutions in Tripoli, and protesters had broken into several police stations and wrecked them.

A Reuters reporter in Tripoli said residents were stocking up on essential goods, apparently in anticipation of new clashes after nightfall. There were long queues at food shops and long lines of cars at fuel stations.

The building where the General People’s Congress, or Parliament, meets in Tripoli was on fire on Monday, as was a police station in one of the eastern suburbs.

Gadaffi’s son, Saif al-Islam Gadaffi, appeared on national television in an attempt both to threaten and to calm people, saying the army would enforce security at any price to put down one of the bloodiest revolts to convulse the Arab world.

But people in Tripoli expressed anger at the speech.

A Libyan woman who gave her name as Salma, said: “The speech was very, very bad,”

“The speech was very disappointing because he threatened the Libyan people with killing, hunger and burning. He did not offer mercy for the souls of the martyrs who were killed.”

Another man said: “We were waiting for something good for us, the young people, to calm the anger but he did nothing.”

Saif al-Islam’s cajoling is unlikely to be enough to douse the anger unleashed after four decades of rule by Gadaffi — mirroring events in Egypt where a popular revolt overthrew the seemingly impregnable president Hosni Mubarak 10 days ago.

In the eastern city of Benghazi, protesters appeared to be largely in control after forcing troops and police to retreat to a compound. Government buildings were set ablaze and ransacked.

“Youths with weapons are in charge of the city. There are no security forces anywhere,” University of Benghazi Professor Hanaa Elgallal told al-Jazeera International television.

Salahuddin Abdullah, a self-described protest organiser, said: “In Benghazi there is celebration and euphoria … The city is no longer under military control. It is completely under demonstrators’ control.”

There were reports that soldiers who refused to fire on civilians were executed by commanding officers in Benghazi.

“We have buried today 11 bodies of soldiers who refused to fire on civilians and were executed by Gadaffi officers. The bodies were cut, heads in one side and legs in the other … it is a crime what is happening here,” said Elsanous Ali Eldorsi, a retired judge in Benghazi.

In Al Bayda, a town about 200km from Benghazi, which was the scene of deadly clashes last week between protesters and security forces, a resident told Reuters protesters were also in command.

At least nine towns in the east, including Benghazi, Zuara and Zlitan, were under the control of protesters loyal to tribal groups, the president of the International Federation for Human Rights in France told Reuters.

Human Rights Watch said at least 233 people had been killed in five days of violence, but opposition groups put the figure much higher. Most were in Benghazi, a region where Gadaffi’s grip has always been weaker than elsewhere in the oil-producing desert nation.

The Libyan uprising is one of a series of revolts that have raced like wildfire across the Arab world since December, toppling the long-time rulers of Tunisia and Egypt and threatening entrenched dynasties from Bahrain to Yemen.

Support for Gadaffi, the son of a herdsman who seized power in 1969, among Libya’s desert tribes was also waning. The leader of the al-Zuwayya tribe in the east threatened to cut oil exports unless authorities halted “oppression of protesters”.

Libya is Africa’s fourth biggest oil exporter, producing 1,6-million barrels a day. The oil price jumped $3 to $89,50 a barrel for US crude on fear the unrest could disrupt supplies.

A strike at Libya’s Nafoora oilfield was reported to have stopped production, according to al-Jazeera television. BP suspended operations for oil and gas drilling. — Reuters