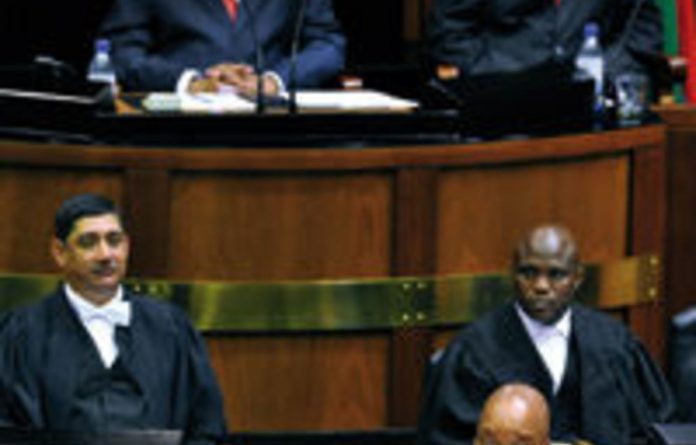 Just as the latest analysis of data from the biggest small enterprise survey in South Africa revealed how heterogeneous the county community of entrepreneurs really is, government announced plans to merge its three enterprise-finance agencies, each of which currently focuses on different kinds of small businesses.

In his state of the nation address last week, President Jacob Zuma announced the merger of the Industrial Development Corporation’s (IDC) small business unit, which provides sophisticated businesses with relatively large amounts of finance, Khula Enterprise Finance, which facilitates loans of under R3-million to formal small businesses, and the Micro-Finance Apex Fund, which sets up micro loan schemes for informal businesses.

An analysis of Finmark Trust’s Finscope Small Business Survey’s latest research provides powerful evidence that the small business sector consists of widely divergent types of businesses with different financing needs, suggesting that the existence of three specialist agencies is sensible. But the same data also reveals that the three agencies as a whole have until now missed the job creation mark by a mile.

The Finscope survey is a R6 million research project sponsored by Swiss development money and supported by the department of trade and industry. The data was gathered from detailed interviews with 5 676 small business owners and extrapolated to form a representative picture of the sector in South Africa.

The data has been segmented into eight categories in an attempt to improve understanding of the small business sector, which tends to be conflated by policy makers into a single stereotype. Segment 1 contains the least sophisticated businesses such as street traders, says Finmark researcher Irma Grundling.

The businesses from Segments 2 to 7 increase in sophistication and Segment 8 represents the most formal businesses that are registered and tax compliant, have complicated ownership structures, operate from formal business premises, serve sophisticated customers, manage financial control and administrative systems and use hi-tech equipment, among other variables.

The figures show that there are about 5.6 million business owners in South Africa. Of those, only 20% (1.1 million) fall into the sophisticated Segments 6, 7 and 8, while 60% (3.4 million) fall into the bottom three segments. For government, with its current focus on job creation, the most relevant difference between sophisticated businesses and those in the bottom segments should be their propensity to employ others. The contrast is indeed stark.

Segment 6, 7 and 8 businesses account for 70% of the 6 million jobs in the small business sector, with a whopping 37% created by Segment 8’s businesses alone. Zuma presented the merger plan as one of government’s job creation measures. “We need to cut administrative costs, avoid duplication and direct more resources to small business,” he said.

The Finscope survey suggests that Zuma is correct about the need for more resources. There is an unmet demand across all segments for access to finance. Only 5% of all South African small businesses borrow money. In the sophisticated Segment 8, where a greater access to financiers is to be expected, the figure is 19%.

But Zuma’s rationale that the merger will help to “avoid duplication” makes less sense. Finscope shows that of the formal Segment 8 businesses, 76% borrow from banks, while a negligible 0.2% of them use micro financiers, probably because micro finance is simply not an appropriate product for a formal business.

There is therefore no duplication between the IDC and Khula on the one hand, which deal exclusively with formal businesses, and Apex on the other, which is designed specifically for the needs of informal businesses. The most interesting set of figures from the Finscope data gives an overview of the three agencies’ penetration up until now of the different small business segments. Only 0.3% of job-creating Segment 8 businesses who have finance received it from a government agency.

In contrast, 14% of informal street traders with finance received it through a government agency, most probably one of the Apex schemes. In other words, government’s small business finance intervention as a whole is least successful in the segment that creates the most jobs, and most effective (although this does not say much) in the segment that creates the fewest jobs.

It could well be that the true rationale behind Zuma’s merger plan is to get rid of Khula and Apex’s ineffective leadership and place the schemes under the usually more able business development talent nurtured by the IDC.

The advantages of having a single, effective CEO at the head of a merged agency can outweigh the disadvantages of one agency having to serve totally different target markets. is that, with the government’s strong push for job creation, an effective CEO will concentrate on the segment that creates jobs — formal, sophisticated businesses — and that the government’s micro finance effort will continue to atrophy.

It may not create jobs, but micro loans to informal traders can help to relieve poverty. Another explanation for the government’s single-agency plan is that its policy makers assume that the way to create more jobs in the small-business sector is not so much to help sophisticated businesses that are already creating jobs, but to develop informal businesses so that they can become sophisticated and in turn start creating jobs.

The research is a snapshot of the South African small business sector, not a study of their development. But there is a set of figures that suggests that access to solid education, not more sophisticated finance, is what is needed.

More than 99% of business leaders in Segment 8 have matric and morethan half have a tertiary qualification. Perhaps the agencies should be disbanded altogether and the money spent on making more schools functional.