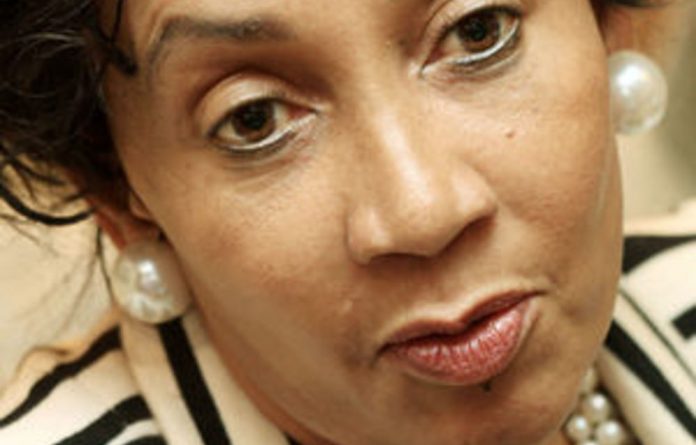 An attempt by pirates to hijack a Mozambican vessel off the coast of that country led the South African government to use its extensive naval capabilities to monitor the threat in South African waters.

Defence Minister Lindiwe Sisulu told reporters on Tuesday that the vessel, which had 30 people on board, was hijacked on December 28.

Details about the incident are sketchy, but Sisulu said that following the hijacking the Mozambican government asked South Africa to help with securing the area, and this led to the SAS Mendi being dispatched to the Mozambican channel in January.

“The SAS Mendi is out there to patrol the borders and bring us more information so that everyone who plans something can see that South African waters are protected,” she said at a parliamentary press briefing, traditionally held in the weeks following the State of the Nation address.

South Africa’s naval intervention will be taken further to explore initiatives to help Somalia — seen as the hub of piracy activity — deal with some of the root causes of piracy.

Sisulu is expected to, according to a Cabinet statement, take the lead in developing a strategy to address the threat of piracy in South African waters.

Sisulu said that the SAS Drakensberg, a large vessel that is currently on the west coast of Africa, will stay there until the situation in Côte d’Ivoire has stabilised. The SAS Drakensberg is there to provide an escape route for South Africans in Côte d’Ivoire if a civil war starts, but can also be used as a negotiation venue if the two warring parties in that country need a place to talk.

Lighter moment
The issue of the trips undertaken by former president Thabo Mbeki, who was a key player in the successful South Sudan referendum, led to a lighter moment in the briefing.

While Deputy Minister of International Relations Ebrahim Ebrahim was explaining to reporters that the defence department is expected to pick up the tab for Mbeki’s continental trips, Sisulu gave him a not-so-friendly look. She had just said how upset she would be if her budget is not approved and threatened to “take my bag and leave” if Finance Minister Pravin Gordhan does not allocate her the expected amount during his budget speech on Wednesday.

Ebrahim noted her treacherous look and winked at journalists to show that he knew this was grating Sisulu.

She did not bother to respond to his comment.

Ebrahim also said that South Africa would never support the use of live ammunition in peaceful protests, indicating condemnation of the way the Libyan government is using force against its own people.

Libyan president Moammar Gadaffi is a close ally of the African National Congress, and the government has been criticised for not taking a stronger stance against the situation in Libya.