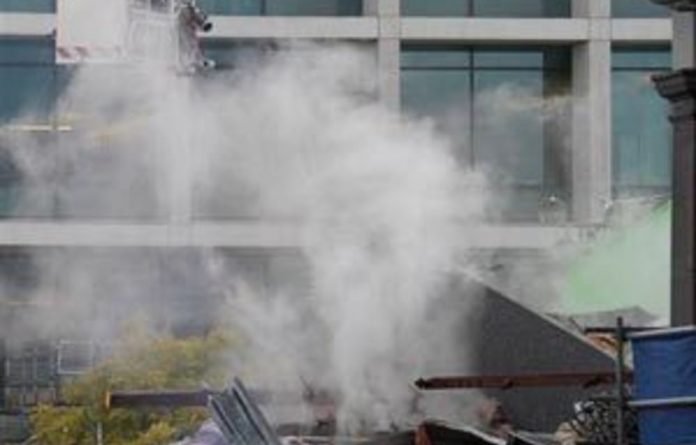 Hundreds of rescuers swarmed over twisted and smoking buildings on Wednesday in a frantic search for survivors after New Zealand’s catastrophic earthquake left nearly 400 dead or missing.

Emergency services cordoned off central Christchurch, which was devastated by Tuesday’s shallow, 6,3-magnitude tremor, to hunt for anyone still alive along with an unknown number of bodies buried in the rubble.

Prime Minister John Key declared a national emergency as 75 bodies were recovered, while about 30 people were rescued overnight. About 300 others were still missing in New Zealand’s worst natural disaster in 80 years.

Key said the quake had “wreaked death and destruction on a dreadful scale” in the country’s second biggest city, six months after a 7,0-magnitude quake shook buildings violently in Christchurch but miraculously caused no deaths.

The latest tremor toppled many buildings and left central Christchurch strewn with debris. The city’s landmark cathedral lost its spire. Dozens of aftershocks rocked the city, much of which was without power and water.

Rescuers had to amputate limbs to free some survivors, but abandoned hope for any victims trapped in the flattened CTV building, which housed a school for foreign English-language students.

Twenty-four Japanese citizens were among the missing, including 11 students who were studying at the King’s Education College inside the six-storey CTV building along with a South Korean brother and sister in their early 20s.

“This particular site, CTV site, had a number of overseas students in it and my heart goes out to those families that are away knowing that some of their children, family have probably been killed in this incident,” said police operations commander Dave Lawry.

“The situation is that we don’t believe this site is now survivable,” he added.

Falling debris
One resident said he saw a woman die with her baby in her arms when she was hit by falling debris in Cashel St Mall, two blocks from the CTV site. She was killed instantly, but the baby survived.

“We tried to pull these big bricks off [her] … she was gone,” Tom Brittenden told the Christchurch Press.

Police Superintendent Russell Gibson warned that the toll was certain to rise as more than 500 emergency workers combed through shattered buildings, listening out for tapping, shouting and other signs of life.

“There is incredible carnage right throughout the city,” he told Radio New Zealand. “There are bodies littering the streets, they are trapped in cars and crushed under rubble.

“We are getting texts and tapping sounds from some of these buildings and that’s where the focus is at the moment.”

Some rescue efforts were frustrated by a two-block exclusion zone around the city’s tallest hotel, the Grand Chancellor, as the 26-storey building leaned precariously.

But there was applause when a woman wrapped in blankets emerged from the Pyne Gould Corporation building, about 24 hours after the quake rocked busy lunchtime streets at about 12:50pm on Tuesday.

The survivor’s sister, Sally Bodkin-Allen, said her sibling had ducked under a desk when the quake struck.

“It just seems like a miracle … it must be a very strong desk and she must have got under it very quickly,” Bodkin-Allen told Fairfax media.

Resident Mark Maynard kept an anxious vigil outside the Pyne Gould building for his wife, who works on the first floor and called 20 minutes before the quake to say she had forgotten her mobile phone.

“It is still no good at the moment. I am hanging around waiting, what do you do?” Maynard told Fairfax.

The clock is ticking for those trapped, with New Zealand’s emergency management chief John Hamilton saying rescuers may have just two or three days to pull out anyone still alive.

The quake was the deadliest to hit New Zealand since 256 people died in a 1931 tremor, and Key’s declaration of a state of emergency will free up national resources to focus on Christchurch.

Specialist teams from Australia, Britain, Japan, Singapore, South Korea, Taiwan and the United States were due to join the rescue operation as an international effort swung into action.

New Zealand sits on the Pacific “Ring of Fire”, a vast zone of seismic and volcanic activity stretching from Chile on one side to Japan and Indonesia on the other.

Seismologists said that despite being smaller, the latest tremor was more destructive than the September quake because it was nearer to Christchurch’s centre and much closer to the earth’s surface. — AFP