Ponting will be charged after TV damage claims 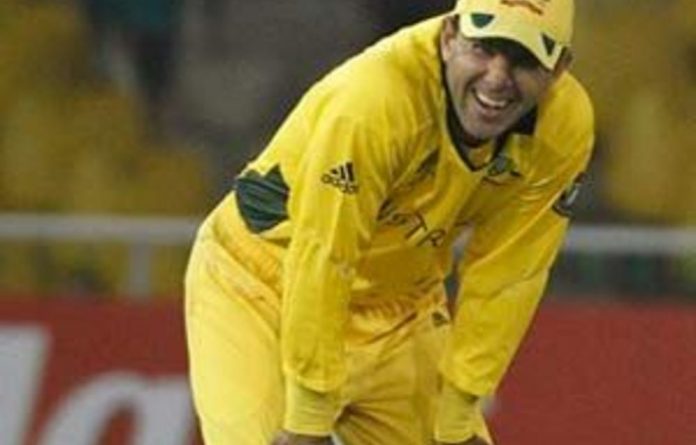 Ricky Ponting, captain of World Cup holders Australia, will be charged after allegedly damaging a television set in the dressing room following his dismissal during his side’s victory over Zimbabwe.

The International Cricket Council (ICC) said on Wednesday that it had received a report on the incident from the Indian Board after it was sent to them by the Gujarat Cricket Association (GCA) which oversees the sport in Ahmedabad where Monday’s game took place.

A spokesperson would only confirm: “Ricky Ponting is being charged … there will be a charge.”

He said the governing body were waiting for the Australian team to arrive in Nagpur later on Wednesday for their next match there against New Zealand to inform Ponting.

“We need to talk to him … because we don’t know what he’s going to say to it,” the spokesperson said.

He said the report from the GCA had been forwarded to the ICC by the Board of Control for Cricket in India (BCCI) late on Tuesday.

The GCA said that Ponting had damaged a television by throwing his glove at it following his run out for 28 in the 91-run victory over Zimbabwe after returning to the dressing room.

“We reported the incident to the BCCI yesterday. They must have lodged an official protest with the ICC,” GCA secretary Rajesh Patel told Reuters by phone on Wednesday.

“Ponting did throw his gloves at the television. You can’t see any damage from outside but when you switch it on, there is no picture on three-fourth of the screen.

“We had to replace the television set.”

Ponting was criticised in the India media for the episode but the Australian team spokesperson Lachy Patterson said it had been overblown.

“Ricky threw his box [groin protector] into his bag and it flew up into a TV set,” Patterson was quoted as saying in The Australian newspaper.

“It wasn’t smashed. There was a small blackout on one corner of the screen. It was still working when [it was] replaced.”

Patterson told Reuters on Wednesday: “We’ve given our side of the story, we’ve nothing more to say.”