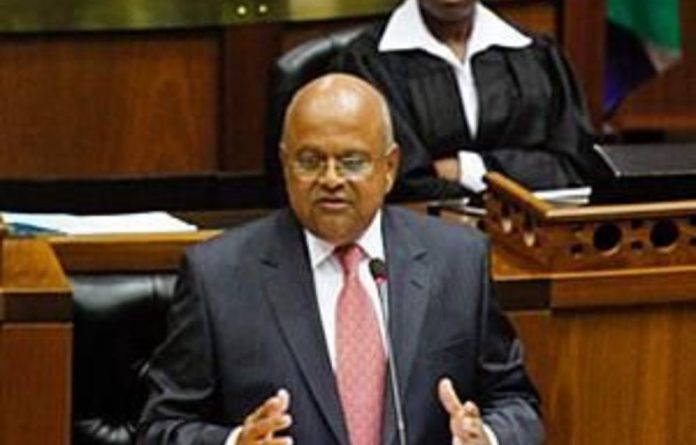 “It is very clear that nationalisation is not government policy,” he told a business breakfast in Johannesburg.

However, everyone was allowed to have their view and to debate it, even if this created uncertainty, he said.

The government was “very transparent”, so if the policy was to change it “will become part of the public discourse” and business could participate in the debate.

“… the institutions of democracy we have created will allow your voices to be heard”.

His remarks came as the African National Congress Youth League (ANCYL) was pushing for the nationalisation of South African mines. A resolution to investigate the viability of this was passed at the ANC’s mid-term policy review conference last year.

Earlier this month, Mineral Resources Minister Susan Shabangu told a mining conference in Cape Town she was still opposed to the nationalisation of mines.

The ANC’s highest decision-making body, the national executive committee, was conducting the probe and would reports its findings to the party’s policy conference in 2012.

A final decision on nationalisation will be taken at the party’s national conference in the same year.

“The labour law proposals are precisely that, proposals,” he said. “We haven’t signed an emergency law saying it must be implemented from yesterday … proposals are on the table, for discussion … to get a consensus view.

The amendments have come under fire for being an impediment to job creation, rather than helping business to employ more people.

Gordhan presented his budget to Parliament on Wednesday with a heavy focus on job creation.

He said the government was not asking business to create jobs out of charity, but out of business self-interest.

Business needs to be both an economic and a social player, he said.

“The US banks ignored the implications of how they made their profits … and one million South Africans lost their jobs.”

He called on business to come to the party in making South Africa’s economy work.

“Unless South Africans can get their act together, including labour, business and civil society … if we can’t have a single vision of where we want to be in 10 to 20 years’ time … then we’re losing an opportunity to place South Africa firmly on the map.”

He called on business to participate in the conversation about what kind of economy it wants and South Africa needs.

“Discourse in South Africa is always about what our … political leaders are doing.

“Is it not time, for each of the sectors and their leadership, to actually say, ‘What is it that I can do?’

“Why can’t the business sector set the example in thinking about growth, jobs … ?”

When asked in light of this, how South Africa could achieve 7% growth, Gordhan said it was good to set goals.

“Aspirations play a key part in motivating people to think differently … Where we came from in South Africa, nobody thought we would’ve been sitting in a democracy now.”

He gave the example of how he was working underground for the ANC from June 1986 until the party was unbanned in February 1990.

“That’s the proud history we have … and the basis for aspiring to 7% growth.”

‘I like these phrases’
Gordhan referred to United States President Barack Obama’s 2011 goals for the US to out-educate, out-innovate and out-compete to create jobs and a competitive country.

“I like these phrases,” said Gordhan. “What is the growth path we need to follow… which will move us in that particular direction?”

South Africans would have to do “extraordinary things” to achieve this as it was ordinary things that kept the country at low growth and high unemployment.

An over-focus on macroeconomic policies deprived South Africans of thinking creatively about the issues.

“We need a formula that certainly provides macroeconomic stability … but tackles issues on microeconomic reform.” — Sapa