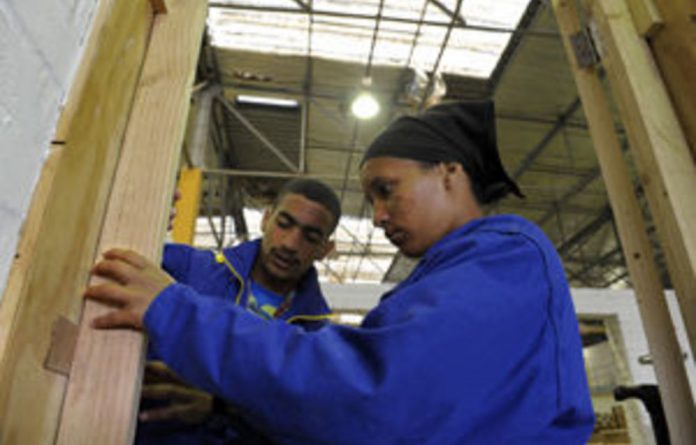 Serious money for serious skills development was Finance Minister Pravin Gordhan’s urgent emphasis when he turned to education. But both the enormous scale of the expansion he envisages and the blistering pace of it raise questions about the readiness of the system to cope.

Universities barely got a glance from the minister: his early emphasis on “expanded access and financial assistance for further education” — that is, the vocational colleges — set the focus for what followed.

Although the fine print showed higher education’s allocation increased to R23,4-billion (from last year’s R17,5-billion), it was the further education and training (FET) colleges that found themselves in the unusual position of basking in the minister’s limelight.

Their medium-term allocation rises to R14,3-billion, boosted by an additional R1.4-billion. Closely tied to every reference Gordhan made to the colleges was increased funding for loans and bursaries to FET college students, with the equally often-repeated aim of boosting enrolment there — and doing so fast.

So, the National Student Financial Scheme (NSFAS) gets an extra R5-billion over the medium term, specifically for FET college students — and an extra R4-billion in the same period ‘to enable an additional 120 600 poor learners to access college opportunities”.

Needy university students were slipped in here: the NSFAS receives an extra R3,6-billion for them, taking the scheme’s available funds to R9,7-billion over the medium term.

But it is at the FET colleges that the finance minister is expecting to see enrolments soaring — by 50% this year alone in those college programmes funded directly by the higher education and training department (DHET).

And because the colleges need to align their programmes closely to marketplace needs, their partners in that enterprise, the Setas, get in the medium term R20-billion and the National Skills Fund R5-billion. Both, Gordhan said, “have the key responsibilities for training work-seekers”.

Yet the DHET’s own strategic plan, published last year, says FET colleges are the most vulnerable sector in the skills development landscape. Reviewing the qualifications colleges offer to ensure they meet industry needs and examining the “subject knowledge [and] workplace knowledge and experience” of FET college staff were high priorities, the department said.

“It is hard to see how FET colleges could increase their intake that dramatically,” Joy Papier, the director of the FET Institute at the University of the Western Cape, said on Thursday. “Very serious questions need to be asked.” She said the Human Sciences Research Council conducted a major audit last year of college facilities but that had not yet been released. “Are there even enough staff?” she asked.

The DHET stipulated that the ratio of college students to lecturers should be 30:1 but fields that required workshops for safety training should have a maximum ratio of 14:1, Papier said. These fields included engineering and hospitality training.

Papier said the college system was underprepared in another key way. “There is no training base off which we are producing FET college lecturers, some of whom are still working within the old teacher-training framework.” Compounding that, the DHET had still not produced its new qualifications framework for lecturing staff, she said.

There are also questions about the readiness of the NSFAS to handle such a huge increase in its allocation given its well-attested inability to manage its much smaller funding to date.

The Mail & Guardian reported last month that the auditor general had disclaimed the NSFAS’s 2010 financial statements. Its core function as the state’s student loan and bursary body came under fire when the auditor general noted that the scheme “could not provide sufficient appropriate audit evidence” to reconcile loan amounts recorded in one ledger with another “where the student loans are managed on a daily basis”.

The NSFAS’s leadership is now on the way out. Last month Blade Nzimande, the higher education and training minister, gazetted a call for nominations to the NSFAS board.