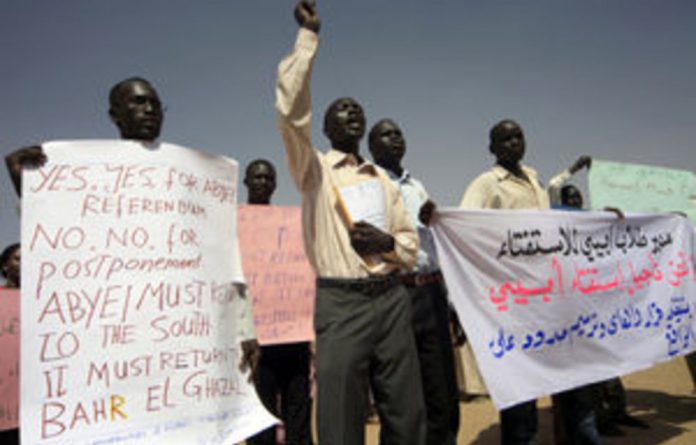 Researchers from both sides of divided Sudan are calling for clear staff and student retention policies to ensure the successful relocation of three universities that were uprooted during the country’s two civil wars.

The universities of Juba, Bahr el Ghazal and the Upper Nile were forcibly moved from the south to the north of the country more than 20 years ago and ordered to change their language of instruction from English to Arabic.

Now they must return to their original campuses after years of internal exile and tensions are running high.

Nearly half of the departments of the University of Juba, run by Professor Aggrey Abate, have made the 1 100km trek to the south’s capital, the town of Juba in Central Equatoria state, according to a report by Scott Bobb on the Voice of America website.

In July 2010 2 600 students registered for classes at the university’s original campus in Juba, with the help of international donors and the semi-autonomous government of Southern Sudan. However, the relocation has been marked by complaints about the lack of space, as the university has increased considerably in the intervening years.

Then in December 2010 the Southern Sudan government airlifted many of the staff and students of the three universities from Khartoum, capital of the north, to Juba, to register for the referendum on the independence of Southern Sudan.

Many students and lecturers stayed in the south to re-establish the universities. Others returned to their homes and work in the north but were back in the south to vote in the referendum, the results of which were announced this month.

Southern Sudan voted for secession, paving the way for the creation of Africa’s newest state. Despite the relocation plans, many lecturers and students have remained in the north — some because their university timetables would not allow them to travel. The repatriation is causing great concern among academic staff, three-quarters of whom are from the north, said Kuacgor Karlo, a professor of physics at the University of Juba who remained in Khartoum.

Karlo, who is from the south, said lecturers from the north did not know if they would be retained after secession. “If universities move from here to the south, will there be a restriction in employment? It’s not clear,” Karlo said in a phone interview. He noted that relocation would be difficult for his children, who are already enrolled in schools in Khartoum.

Given all the uncertainties, the Southern Sudanese government, led by Salva Kiir Mayardit, a graduate of the Sudan Military College in Omdurman, will need to increase salaries to retain skilled professionals. Sudan’s lecturers are among the lowest-paid in Africa, with professors earning about US$1 000 a month.

Improving salaries will help academic staff to focus on research rather than teaching, Karlo said. “A lot of us are not just working in one place. I have four jobs to earn more money. I am able to do this at the expense of other things. It is affecting my ability to do research,” Karlo said.

The repatriation of the universities is part of the 2005 peace agreement signed between the Sudan People’s Liberation Army/Movement (SPLA/M) and the government of Sudan. Secession means that the government of Southern Sudan takes over the funding of the three universities, which has been the responsibility of Sudan’s ruling National Congress Party (NCP).

Tahani Shatir, a northern-born professor of physics at the University of Khartoum, was critical of policymakers’ silence on how the universities will function.

“Most professors or lecturers are from the north. We don’t know what the situation will be for the lecturers after the vote. There will be some complications. Nobody knows what will happen,” she said.

“We are not sure what the policy of the government of Southern Sudan will be. They have a lot of work to do. It’s either they bring the north or recruit foreigners,” said Shatir, a graduate from the Italy-based International Centre for Theoretical Physics.

Shatir said the north was ready to absorb lecturers in the country’s system of 37 universities if the south rejected them.

A shortage of staff may not be the only problem the three universities face. Considerable infrastructure was destroyed during the two decades of the second Sudanese civil war, which ended in 2005.

“There are complications. Infrastructure is not ready,” said Mohamed El Tom, a professor of mathematics at the University of Khartoum.

El Tom also expressed concern at what he called a lack of vision for higher education and research in the south.”The SPLM doesn’t have a programme for post-independence.

“The emphasis is on achieving independence, not what to do with it. This is part of the problem in Africa: leadership without a vision,” said the northerner. “What will happen to students from the north?” he asked.

Rosa Kosta Mapour, the dean of the medical faculty at the University of Bahr el Ghazal, said that the university “will welcome northern students under an emigrant category in the case of separation”.

Mapour told Radio Miraya in January that existing students’ files were being relocated from Khartoum to its original campus in Wau.

However, students from the University of Bahr el Ghazal held a sit-in at the Khartoum offices of Peter Adwok Nyaba, minister for higher education and scientific research, to protest against the transfer of their files to the Wau campus.

Whatever the concerns scientists may have about the relocation, they are agreed that it will help spur research and development in the war-torn south.

The six-year-old government of Southern Sudan has listed education among its top-seven priorities. This means Southern Sudan Higher Education Minister Jospeh Ukel will be a priority in disbursements of the US$500-million received from donors and the US$10-billion in oil revenue transferred to the south from the north.

Emmanuel Parmenas, the acting director of planning in Southern Sudan’s ministry of water resources and irrigation, said the relocation of universities will help revive water research. This could increase access to safe drinking water, which is available to only 34% of rural communities.
“There has been, or rather there is, no current research work going on,” said Parmenas, who said he had high expectations from the University of Juba.

‘Once the Southern higher education institutions of learning are fully relocated to the south we will witness a return of water researchers and research,” Parmenas said in a written response to questions.

It may not be as easy as Parmenas hopes, however. Not much research is taking place at the University of Juba, according to Karlo.

“The research being conducted is related to postgraduate programmes, not big projects. It is difficult to buy equipment because there is little support from the government to do research,” he said.

Conflicting priorities may also make it difficult for the government of Southern Sudan to focus on developing research. Karlo expressed concern that a failure to reach an agreement for sharing oil revenue between the north and south could degenerate into a war.

Such fears could mean the government of the south will be preoccupied with strengthening security rather than developing research. “They need security, an infrastructure. People will think about [research] later,” Karlo said.

He also said the relocation would help to provide the necessary skills for developing the south. ‘Without higher education you can’t produce the working power. You may have resources but if you don’t have people, what will be the use of the resources?” he asked.

On the other hand, secession may also make it easy for southerners to acquire equipment.
“We have sanctions from the United States. It has not been easy to buy equipment from there but some groups have mediators from the Gulf countries that they use to buy the equipment on their behalf without the US knowing. We can’t even have antivirus because of the blocks,” Tahani Shatir said.

The secession could result in the US removing Southern Sudan from its list of state sponsors of terrorism by the middle of this year.

Attracting funding from the US may help to encourage other donors to fund research. Development partners such as the African Development Bank are playing a wait-and-see game before they plough funding into higher education or research.

“We are not funding anything right away. Sudan is under sanctions from the African Development Bank,” said Famara Jatta, a resident representative of the bank to Sudan, in a telephone interview from Khartoum.

Sudanese scientists are also waiting to see whether secession will make the South eligible for loans from the World Bank and the International Monetary Fund.

The Sudanese government owes the fund about US$33-billion in debt and it is not clear whether the Southern government would be eligible for loans until the debt is paid.

Deborah-Fay Ndhlovu is a Zimbabwean journalist based at Research Africa (where this article was first published), a weekly subscriber-only news service produced in Cape Town. She is being coached by Nature online editor Ananyo Bhattacharya in a mentoring scheme run by the World Federation of Science Journalists

Fighting in Côte d'Ivoire has claimed a new victim: the University of Abobo-Adjamé, where the country's doctors take their first courses.
Read more
Advertising
Continue to the category
Politics