No method in deciphering Gaddafi’s mind 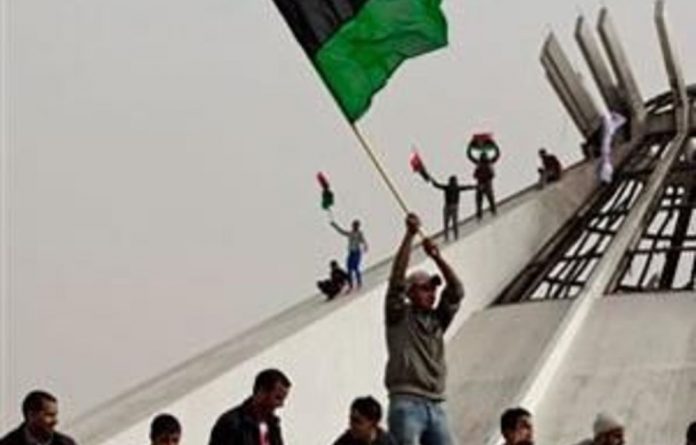 It may have become acceptable to question Muammar Gaddafi’s state of mind but it’s a futile exercise to try to predict his behaviour.

Psychiatrists and mental health experts say they are often called upon to diagnose from afar — a call driven by society’s desire to get to grips with bad situations.

Yet whether the subjects are dictators or “brotherly leaders”, as Libya’s leader portrays himself, the minds of men like Gaddafi are unique and therefore uniquely unpredictable.

“What people try to do is to achieve some kind of typology,” said Nigel Eastman, a professor of psychiatry at St George’s, University of London.

“When individuals behave outside of what we think of as our normal box, in ways that threaten or harm others, we find it so incredible that we need to try to find a way of understanding it.”

“But the leap from feeling we need to understand them to achieving a valid understanding is an impossible leap.”

Beyond normal
Few would dispute that Gaddafi’s behaviour has at times gone beyond normal.

At least a thousand people are thought to have been killed in his attempts to crush a popular revolt and he has accused the protesters who rose up against him of being fuelled by milk and Nescafé spiked with hallucinogenic drugs.

His penchant for female bodyguards and Bedouin tents is eye catching, but his readiness to execute his opponents shifts that quirkiness into an extreme behaviour bracket.

“Clearly he is a very strange and evil man,” Eastman said.

Former United States president Ronald Regan once branded Gaddafi a “mad dog” for his support of militant groups worldwide and on the streets of opposition stronghold Benghazi there is currently no shortage of people calling him “crazy” or “insane”.

Some of those who have recently been closest to him now also describe him as a “madman”.

Yet in interviews with the BBC and ABC this week, some commentators said the 68-year-old Libyan leader appeared quite lucid. On Libyan TV on Wednesday he was pictured surrounded by supporters chanting: “You will remain great”.

End game
Libya’s United Nations deputy ambassador Ibrahim Dabbashi last week predicted Gaddafi would either die fighting or commit suicide rather than be forced out of power. Since he has few other options, analysts suggest this may well prove true.

Kingsley Norton, an expert on personality disorders at the West London Mental Health Trust (WLMHT), said calmness can sometimes be a sign that someone is certain about the end game.

“People under pressure … become apparently calm when they have some inner certainty about their own fate, which might derive from deeply-held religious belief or from the fact they have a ‘plan B’, such as suicide or escape to safe haven,” he said.

Michael Phelan, a WLMHT consultant psychiatrist, said that after 41 years in absolute power, surrounded by people who don’t dissent, it’s hardly surprising if Gaddafi thinks he is infallible.

Yet Phelan and others say the tendency to use mental health labels says more about society’s need to find an explanation for certain behaviour than about the perpetrators themselves.

“It’s a way of giving ourselves the comfort that we think we know what is going on,” said Peter Byrne, director of public education at Britain’s Royal College of Psychiatrists. “But the truth is that in terms of local, national or international politics, we really don’t know what’s going on.”

Some mental health experts worry that pinning pseudo-psychological labels on leaders like Gaddafi can undermine the seriousness of their actions, and is also detrimental to genuine sufferers of mental illness.

“You see people throwing these diagnoses around based on a speech or a way of behaviour, but all that does is add to the stigma of mental health,” said Phelan.

And as for whether any attempts at psychological analysis help predict what might happen next? Slim chance.

Even when there is firm, clinical evidence that someone is mentally disordered, it is extremely difficult to predict how they might react, especially to extreme circumstances.

“[In such a situation] the only thing that might predict what’s going to happen is how that person has behaved before,” said Phelan. “Past behaviour tends to predict the future, and I don’t think putting a psychiatric label on it would help in any way.” – Reuters