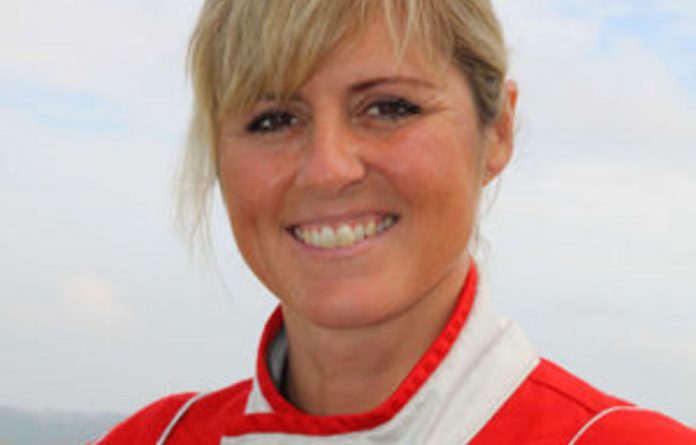 In the high-octane, sometimes lethal world of motor racing, there’s a self-effacing woman who grew up near the world’s longest, most arduous raceway — the Nürburgring Nordschleife in Germany — and has notched up several significant wins in her career as a BMW racing driver.

Despite her trailblazing efforts in a sport dominated by men and notwithstanding participating in South Africa’s ZA Super Touring Cup in 1995, most of us had never heard of Sabine Schmitz until Top Gear‘s Jeremy Clarkson tested the Jaguar S-Type diesel on her home turf — the Nordschleife — in 2004.

Schmitz took the car around the raceway 47 seconds faster than Clarkson and then humiliated him further by saying that she could drive a van around the 21km racetrack in under 10 minutes.

Clarkson had to try several times over two days before being able to get the Jag around the “ring” in nine minutes 59 seconds. But she’s never forgiven herself for not being able to live up to that boast — a few seasons later she couldn’t drive a Ford Transit van around the Nordschleife in under 10 minutes.

Schmitz, an accomplished racer who has won, among other titles, the Nürburgring 24 Hours endurance race twice (a first for a woman), was invited back on to the show a few times over the years and has become synonymous with no-holds-barred, sometimes scathing car reviews.

She added a much-needed, refreshing insouciance to Top Gear, which was highly appreciated because, although the three main presenters (Clarkson, James May and Richard Hammond) try desperately to be irreverent, the scripting does become obvious after a while.

Schmitz — known as “Speedbee” — also co-presents a German version of Top Gear (D Motor), is a farmer in her spare time, a helicopter pilot, runs an advanced driving school, has her own clothing line (Speedbee) and says unusually pragmatic things like: “No, I don’t have a collection of cars. What would I do with a whole collection? I have a Porsche GT3 RS, a Range Rover and a John Deere tractor.”

Schmitz, who will be one of the many stars at the all-new, revamped Top Gear festival taking place at the Kyalami raceway from March 17 to 20, chatted recently to the Mail & Guardian about everything from what it takes to be a racing driver to sexism in motorsport.

How do you feel about the rumour that you’re the new Stig?
It’s very funny!

Do you think growing up at the Nürburgring Nordschleife influenced your passion for racing? Do you think you would have been a racing driver if you grew up somewhere other than the Nordschleife?
Probably not. The influence of the Nordschleife was quite big, especially when growing up in a hotel where Niki Lauda, Ayrton Senna and Nigel Mansell stayed. Our guests were so thrilled about the track and I just wanted to know what it was like, so I took my mom’s car and tried it out [without her mom’s permission when she was 17].

Was it easy getting into racing? Is there a great deal of sexism in motorsport?
At the beginning the other drivers wanted to help me. One came to me and said: “You can follow me, I’ll show you the racing line.” After the third corner, I had overtaken him and after that, he didn’t talk to me for years. I don’t think there is a great deal of sexism in motorsport any more. In Germany we have very fast women – the guys get used to being beaten by girls.

Do you feel that women racing drivers are under pressure to be both good racers and marketable (read attractive) for sponsors to invest in them and get their careers going, whereas guys simply have to be good racers (read sometimes unattractive)?
What usually counts is to be a fast and consistent driver. You have to be a character as well. In my opinion it’s not about being male or female. If you are an attractive female driver it might be good for sponsorships, but without success it won’t last long. Personality is important. Sometimes it’s a shame when drivers are taught to speak to the press. Sure, you need to know what to say and how to say it, but your character shouldn’t be boring.

Of the thousands of cars you’ve driven over the years, what would be your top five road cars of all time?
One, Porsche Carrera GT; two, Nissan GT-R; three, Porsche GT3 RS; four, Lamborghini Countach; five, Ferrari 430 Stradale.

What will your duties be at the Top Gear festival at Kyalami?
To drive beautiful sports cars in beautiful surroundings.

Is there a dream car that you’re hankering after, but have never been able to get your hands on?
Not really. I’m looking forward to the new McLaren MP4 12C. We’ve ordered one for our Frikadelli Racing Team.

What does it take to be a good racing driver, other than years of practice and a helluva lot of talent?
To read your car and make it faster by adjusting the suspension, feeling the tyres and the brake balance.

What’s the most embarrassing thing you’ve ever done in a car?
To drive the van (Ford Transit) around the ring in 10 minutes eight seconds.

What’s the one aspect about other drivers that annoys you most?
I don’t like aggressive drivers who think “better dead than second”.

Do you believe that men are better drivers than women and that’s why they dominate most motorsports?
Women are not usually interested in technical things, but all that’s necessary to be a good driver is to understand a car.

What three CDs are always in your car when you’re doing a road trip?
None, but I like AC/DC and Queen.

It’s no secret that South Africans are (pardon the morbid pun) diehard petrolheads and that millions of Saffas form part of the 350-million worldwide viewers of the BBC’s Top Gear.

Such is their zombie-like devotion to Jeremy Clarkson that they’re often prone to prefacing every opinion about a car with “well, Clarkson said—” So the live version of the show, which has been travelling around the world for about four years, has obviously been well received, but there are only so many times fans can watch small hatchbacks being thrown around a “soccer field” before they start feeling that watching series reruns might be more entertaining than the live shows.

Sensing their restlessness, the producers have revamped the show and turned it into a full-blown festival at the Kyalami raceway with a host of interactive activities.

Festival goers can tour the super-car paddock, drool over Jody Scheckter’s F1 cars, watch David Coulthard tearing around Kyalami in a Red Bull Formula One car, see whether you can post a better time than Sabine Schmitz on the go-kart circuit, try your hand at the BP Stunt School, watch local rally champ Gugu Zulu spinning the BP S2000 VW Polo and, I almost forgot, watch the Top Gear lads in an all-new show. Give yourself a few hours to experience everything as there are a dozen more activities that I haven’t listed.

Tickets, which are available from BP Express stores, range in price from R250 for the bronze ticket, which includes a park ‘n ride ticket, a Top Gear DVD and access to all areas except the stunt arena, to R875 for a platinum ticket, which includes all the above as well as access to the live show, premium seating, a backstage tour and a complimentary bar facility. For more information, check out www.topgearfestival.co.za.

The Mail & Guardian has five silver double tickets valued at R365 each for the 5pm show on March 18 to give away. The first five people to email the answer to the following question will win one pair of tickets each. This competition is restricted to people in Gauteng and winners must collect their tickets from the M&G’s office in Rosebank.

Which endurance race did German racing driver Sabine Schmitz win twice in her career? Email the answer to [email protected]