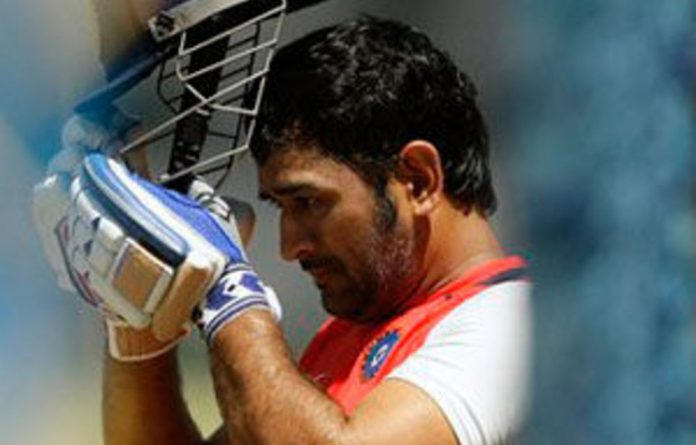 India Captain Mahendra Singh Dhoni on Tuesday sympathised with the fans who were baton-charged by police as they queued for tickets to see India’s World Cup clash with South Africa.

“Police take the action when they feel it is needed,” India skipper Dhoni told reporters in New Delhi, where India take on The Netherlands in a Group B clash on Wednesday.

“To avoid a stampede-like situation, they have to resort to lathicharge [baton-charge]. So to always project the police as bad is not an ideal thing. But of course everybody feels bad when fans get beaten up.”

Ticket-hungry fans, desperate to see Saturday’s match in Nagpur, were baton-charged by police as they queued, witnesses said.

The clashes happened outside the Vidarbha Cricket Association (VCA) offices, as police struggled to control the crowds.

Fans started queuing on Monday, a day before the counters opened for the sale of tickets for the first World Cup game involving India in the Orange City since 1987.

Engineering student Ajay Zade had given up hope of buying one of the 16 000 tickets for the high-profile match, to be held at the VCA’s Jamtha Stadium.

“I have been waiting since early morning but I have no hope of getting the tickets,” said Zade (20). “I was close to the counter but had to leave the queue because of the baton-charge in the morning. I was very keen to see the India match but now I have no hopes.”

‘It feels like I have won the World Cup’
Mohammad Safwan, a 20-year-old student, was more fortunate, securing his ticket on Tuesday despite the crush that prompted the police intervention.

“It feels like I have won the World Cup,” he said. “I have been standing in the queue since last night and I slept on the footpath. There was a baton-charge in the morning, but my slogan was ‘bear the baton-charge for tickets’.

It was the second time at the World Cup that fans have been baton-charged.

Similar incidents took place in the run-up to the February 27 clash between India and England in Bangalore when fans queued overnight in the hope of securing one of the 7 000 tickets placed on general sale.

Ticket sales and their allocation have caused a major rift between local organisers and the International Cricket Council (ICC).

The game’s rulers claim the system had pushed their relationship with their commercial backers to breaking point.

The choice of Mumbai for the April 2 final has also been controversial as the Wankhede Stadium only has a 33 000 capacity with 20 000 tickets going to clubs linked to the Mumbai Cricket Association and 8 500 to the ICC.

The remaining tickets, around 4,000, will be sold to the general public.

Reserved tickets not taken up by sponsors or guests for the semifinals and the final were to be sold by a public ballot online. — AFP