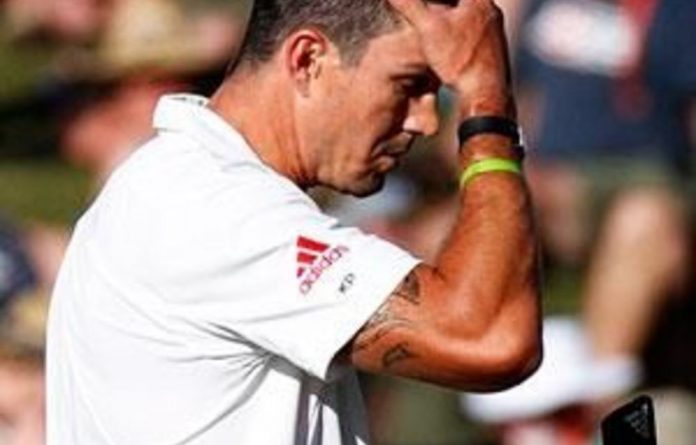 Resurgent England faced an anxious wait on Tuesday to find out the extent of an injury to key paceman Stuart Broad as Pakistan looked to wrap up a place in the World Cup quarter-finals.

Pakistan, who came into the tournament besieged by a corruption scandal and with doubts over Shahid Afridi’s captaincy, started their match in Pallekele, Sri Lanka, against New Zealand with the only perfect record.

Inspired by Afridi — who has led from the front with a tournament-high 14 wickets — Pakistan sit on top of Group A with six points after their wins over Kenya, Sri Lanka and Canada.

Broad not sure how serious injury is
Meanwhile, England’s Broad, suffering from a side strain, is the latest casualty for injury-blighted England.

The Ashes winners are already reeling from losing star batsman Kevin Pietersen, who left for home on Monday to undergo a hernia operation.

Broad said he picked up the side strain during his match-winning 4-15 against South Africa in Chennai on Sunday, where a six-run victory resurrected England’s faltering campaign.

“I felt a bit tight in the field and it sort of increased after the match, the 24-year-old told reporters in Chittagong ahead of Friday’s Bangladesh game.

“I am not sure how serious it is. I have had scans done and am waiting for the result.”

Broad has endured a nightmare time with injuries in recent months, having missed the last three Ashes Tests with an abdominal strain.

Pietersen has been replaced by hard-hitting middle-order batsman Eoin Morgan.

‘No hopes’
In Nagpur, ticket-hungry fans were baton-charged by police as they queued for Saturday’s India-South Africa clash, witnesses said.

The clashes happened outside the Vidarbha Cricket Association (VCA) offices as police struggled to control the crowds, they said.

Fans started queuing on Monday, a day before the counters opened for the sale of tickets for the first World Cup game involving India in the Orange City since 1987.

Engineering student Ajay Zade had given up hope of buying one of the 16 000 tickets for the high-profile match, to be held at the VCA’s Jamtha Stadium.

“I have been waiting since early morning but I have no hope of getting the tickets,” said Zade, 20.

“I was close to the counter but had to leave the queue because of the baton-charge in the morning. I was very keen to see the India match but now I have no hopes.”

Ticket rift
Mohammad Safwan, a 20-year-old student, was more fortunate, securing his ticket despite the crush which prompted the police intervention.

“It feels like I have won the World Cup,” he said.

It was the second time at the World Cup that fans have been baton-charged.

Similar incidents took place in the run-up to the February 27 clash between India and England in Bangalore when fans queued overnight in the hope of securing one of the 7 000 tickets placed on general sale.

Ticket sales and their allocation have caused a major rift between local organisers and the International Cricket Council. — Sapa-AFP