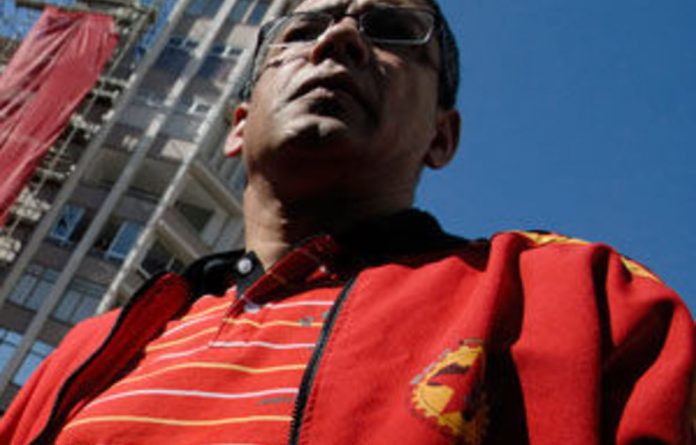 The Congress of South African Trade Unions (Cosatu) has forwarded the name of its Western Cape provincial secretary, Tony Ehrenreich, to the African National Congress (ANC) as a candidate for mayor of Cape Town ahead of local government elections, the union body said on Tuesday.

“Tony has agreed to it and we think that the ANC should consider his deployment,” said Cosatu’s Western Cape chairperson, Jan Kotze.

Cosatu is in an alliance with the ANC and the South African Communist Party and is known to lobby for the appointment of labour representatives to government positions.

Business Day reported on Wednesday that Cosatu’s move indicates that it would insist on a greater say in the choice of local government candidates for the ANC.

Kotze said at a press briefing that a Cosatu candidate would ensure that the “working class” voted for the ANC.

Ehrenreich, who was seated next to Kotze during Tuesday’s media briefing, was not permitted to make a personal statement on his candidacy.

“I don’t think at this moment Tony can comment on anything. If his name is accepted, the alliance will meet,” said Kotze.

‘I am a servant of Cosatu’
Ehrenreich clarified his position on social networking site Facebook a few hours later.

“I am a servant of Cosatu, it decides where it feels I can make a contribution. I am humbled by Cosatu’s view that I can make a contribution as mayor of Cape Town. This is, however, just a statement of a preferred candidate by Cosatu. The ANC, however, decides, in consultation with [the] alliance, based on what they believe is appropriate for the situation,” wrote Ehrenreich.

He later wrote he “… has no interest in being a fat cat Mayor. I pledge I will not take the million rand salary. I only want to be paid a mechanic’s salary, and stay in township, which is where I am. The manifesto and priorities will be determined by the movement and the people, but it will have to align with our private virtues of solidarity and prioritising working families. We will be in it, to win it and liberate our people.”

Meanwhile, DA leader Helen Zille told the Cape Times on Wednesday that Ehrenreich’s nomination for city mayor would lead to a “fundamental conflict of interest” but did not want to be drawn into the mayoral struggle within the ANC.

A 30-member DA committee will be electing the party’s preferred candidate on Sunday.

The national opposition DA currently governs in the Western Cape.