The media ‘cannot, and should not, be complacent’ 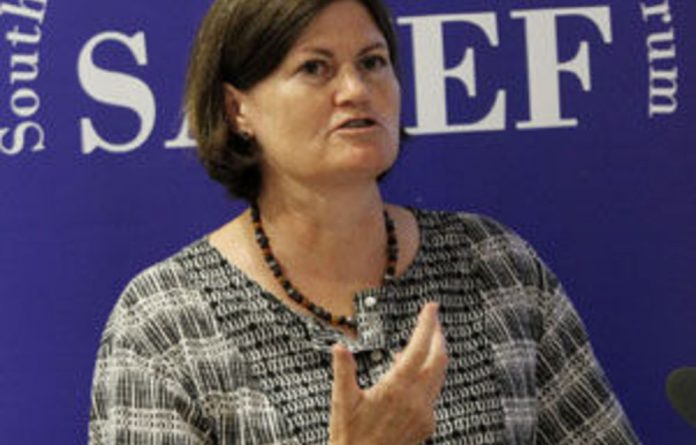 Former Constitutional Court Judge Kate O’Regan opened the Regulations and Rights conference at the University of the Witwatersrand on Wednesday with a warning that the media need to be reflexive in applying their important role in keeping society democratic, and that the judicial landscape is working to ensure their freedom.

Listen to the keynote address by former Constitutional Court Judge Kate O’Regan, delivered at a conference interrogating the rights and responsibilities of African media at Wits Journalism on Wednesday March 09 2011.

The conference, hosted by Wits Journalism and the South African National Editors’ Forum (Sanef), is focused on interrogating the rights and responsibilities of African media.

“The press, like all institutions critical to democracy, needs to be reflexive,” she said. While warning that this powerful institution needs to wield its power carefully, she pointed to its importance for a healthy constitutional democracy: “Democracies are noisy places because of freedom of expression, whereas authoritarian societies are silent. What is slightly disconcerting about South Africa is we get worried by how noisy we are.”

In cases where people have brought libel and defamation cases against the media, O’Regan said there is an increasing legal trend towards accepting the importance of the professional codes of ethics that guide journalists’ work, with judgements’ primary criterion being if the journalist has worked with these codes. In such cases the journalist needs to prove that they did everything to ensure their information was correct and the story fair.

But in cases where the journalist does get it wrong, “The apology is a very important part of undoing damage,” she said

Balancing rights
O’Regan evaluated the framework the press works in, drawing on Article 19 of the International Covenant on Civil and Political Rights. It says, “Everyone should have the right to hold opinions without interference … the right to freedom of expression [which] shall include freedom to seek, receive and impart information and ideas of all kinds”.

It does balance these rights by saying, “The exercise of the rights of this article carries with it special duties and responsibilities. It may therefore be subject to certain restrictions, but these shall only be such as are provided by law and are necessary.”

O’Regan said Article 19 is echoed in Section 16 of the South African Constitution, which also says “the right to freedom of expression carries with it special responsibilities and imposes duties and responsibilities on those who use the right”.

According to O’Regan, this creates a continual problem for courts as they try to balance the right to freedom of expression with the right to privacy that individuals have. In the past this process was left to individual courts to decide, but O’Regan said the increasingly internationalised debate over the topic means that a wide-ranging consensus is being reached with regard to state institutions versus individuals, which makes it difficult for individual countries to be divergent.

With courts taking a more nuanced view of the work of journalists, O’Regan said, “I think it’s very important that conferences like this are held.” She reiterated that “the mass media have a particularly important role to play, and bear an obligation to provide a platform critical to the development of democracy”.

Mondli Makhanya, Sanef chair and editor-in-chief of Avusa Media, agreed with O’Regan’s view that the media need to be reflexive and said: “Our duty is to be noisy but with that comes the responsibility of being truthful and fair.”

“Last year we went through a very acrimonious period, which told us that we cannot, and should not, be complacent,” he said when explaining the motivation for the conference. “In South Africa we did succeed in pushing back the onslaught even though this is not final, so in the next two days we need to come up with the means and tools to roll back this onslaught.”