Defender of the sacred sites 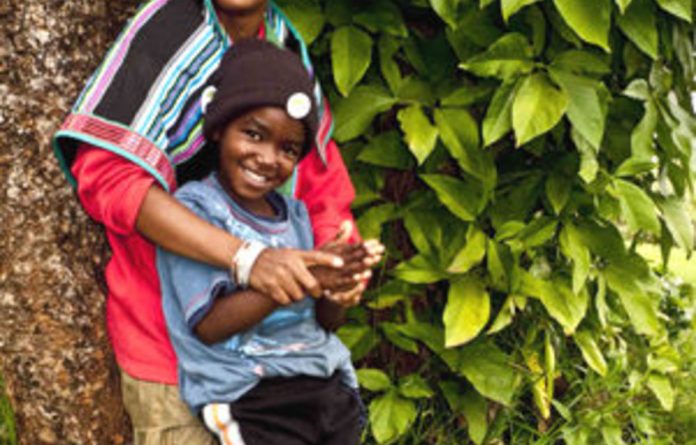 To some Mphatheleni Makaulule is a demon’s daughter, destined to burn in the fires of a Christian hell. To others she’s an emissary from the ancestors and a keeper of ancient tribal traditions.

But Makaulule tells me she’s just a traditional woman from rural Venda with healing abilities. Yet traditional rural women generally don’t win Bill Clinton Fellowships to study leadership at the United Nations and at universities such as Tufts and Harvard.

Neither do they normally travel to the Amazon, Ethiopia, Colombia, Spain, Britain and Kenya in pursuit of knowledge about ancient ­cultures and global warming.

I’m in Thohoyandou to talk to Makaulule about a waterfall she’s protecting. It’s called Phiphidi and is lovely beyond imagining. Here the Mutshindudu River cascades down black granite into a pool rimmed by huge ancient trees, their muscular roots entwined in embrace and their gnarled branches reaching out over the water.

For countless generations women have come to the pool to perform rituals for bountiful crops, good rains and the health of the Venda people. The river is one of 24 that flow from the Thathe Holy Forest, higher up in the Soutpansberg, said to be protected by a white lion. Along their courses are groves, pools, falls and a lake where, the women say, trees, creatures and the air we breathe are purified and renewed.

Phiphidi is part of a biodiversity hot spot in Limpopo Province that supports hundreds of plant and animal species, some of which are endemic. Thirty percent of South Africa’s tree species grow in the area, though it accounts for less than 1% of the country’s area. In addition, 60% of South Africa’s birdlife, 40% of its mammals and 30% of its reptiles call the Soutpansberg home.

But when I visited Phiphidi, a front-end loader was clawing at piles of gravel and driving a road to the head of the falls. Under construction were eight chalets, a restaurant, laundry, bar and lapa, as well as an imposing, lockable gate. A Limpopo hotel group was already advertising the falls and the sacred lake, Fundudzi, in its “Land of Myth and Legend” tour package.

Ancestral traditions
The development was evidently sanctioned by a local chief, Jerry Tshivhase, and was being undertaken by the Tshivhase Development Foundation Trust, of which the BEE billionaire Mashudu Tshivhase is a director. Both men are related to King Kennedy Tshivhase.

After my visit the organisation that Makaulule formed, Dzomo la Mupo (Voice of Nature) took them all to court and forced building operations to cease. The king, coincidentally, had his kingship stripped. The message is clear: don’t mess with ancestral traditions.

Makaulule is the firstborn of the third wife of a traditional healer whom she revered. Her mother, too, had healing skills inherited from her own father, a traditional spiritual guide. Her father was 74 when she was born, the 11th of 24 children, a large clan related to the king. “My father gave me the name of Mphatheleni, which means to rebuild,” she says, “and I take it very seriously. He knew what he wanted me to do.”

From standard eight, with her father now old, Makaulule went to live with her uncle, a fervent Christian who saw it as his duty to turn her from her “heathen” ways. She tried to oblige, but kept having dreams in which her father, who died when she was in her second year at university, instructed her in the old ways of her people. When she told her uncle, he said her father was a demon and prayed over her head to exorcise him.

In her final year the spiritual contradictions were becoming intolerable. Right after graduation she had a breakdown. In hospital they diagnosed hyperstress and pulmonary tuberculosis. Her uncle visited her to preach. Weak and in bed, she had little resistance, so she fought back in the only way possible.

One day she dressed herself and ran away to the only place she thought she could find peace and healing: a forest at the foot of a sacred mountain near Elim named Luvhola. Alone, but with a memory of herbal remedies her father had taught her, and with wild fruits and spring water, she healed herself. When her strength returned she built a rough hut and daily climbed the mountain to sit and think.

Finding strength
“I spent two years in the forest,” she says, “with no money, living the way of my father. I wasn’t afraid — my totem is the warthog. I walked a lot. Friends brought me books and relatives came with food. Mostly I needed to stay alone, but I visited older members of my clan, learning from them the history of my people. It was a rite of passage and I found the strength to do what I’m doing now.”

She gathered traditional objects, old cooking utensils, cloth and beads — some from the collection of her father. Then, with plans that came to her in a dream and help from the community, Makaulule built a cultural village — a traditional kitchen, bedroom, grandparents’ room and initiation hut. She conducted ceremonies with snuff and finger millet, communed with the ancestors and explained to anyone who came along what she was doing and why.

A tour guide looking for traditional contacts couldn’t believe his luck when he visited her. Soon busloads of tourists from all over the world were coming to sit on the ground around Makaulule to hear what she had to say.

“I made many friends that way, but I realised most of the tourists just wanted to take photographs,” she says. “They weren’t going to do anything with what I was telling them. My place was listed as a picnic spot in the tour pamphlet. I was just ­entertainment.”

After that she studied tourism for a while, but eventually Makaulule decided it was time to leave the forest. Back in Thohoyandou, she saw the offer of Bill Clinton Fellowships and applied. She was accepted and flew to the United States, where she studied leadership and other skills at various universities, including Harvard.

“When I returned people said: ‘Yho, you’ve been to the United States and now you’re a millionaire. You must start a business.’ But that’s not what I was preparing myself for. Money doesn’t interest me. I went back to what I was doing. “I worked with those who were really interested in tradition and that’s how I met people from the Gaia Foundation. I spent days with them. They really understood what I was doing.

Living comfortably
“With their help and with the African Biodiversity Network, we started Dzomo la Mupo to defend sacred sites and traditional rituals. I took my ideas all over the world and met amazing people — shamans, traditional leaders and people who understood the link between old customs and Earth-healing. In the Amazon it touched me how comfortable people were living in an indigenous way with nature.”

Back home, though, all was not well. Her uncle, who had failed to convert her, turned her family and even her mother against her, claiming she was doing demonic work. They forced her to remove from the family home all her traditional clothes and objects — even the TV set she’d bought her mother. Her uncle held a meeting during which he exorcised the “demon” spirit of her father from the house. “He said: ‘I cast the demon spirit of evil out of this house. Jesus help you.'”

Her mother, on instruction from her uncle, burned a book that contained all the descriptions of ailments, preparations and cures collected by her father over a lifetime. Makaulule couldn’t begin to estimate the depth of cultural knowledge lost in that single action. But it hardened her resolve to seek accommodation of traditional knowledge in the modern world.

She began seeking out elders and recording their memories. She asked them why they didn’t speak out in defence of sacred sites. “They said: ‘We’re staying among Christians. We don’t want trouble.’

“I conducted workshops with these people and, with Dzomo la Mupo, they are now a force, they have become free. I helped them have a voice. And when chiefs started building at Phiphidi Falls they said: ‘That is enough!'”

The group hired a top lawyer, Roger Chennels, to fight the development in court. And, for now, he has stopped it. In traditional society it’s not easy for a woman to go up against a man and nearly impossible to go up against a chief. Makaulule had taken on a chief and a king and won. She’s deeply saddened that her belief in the value of cultural traditions has isolated her from her family. But she knows what she’s doing is right for the world and her people.

“There are 24 rivers flowing out of the Thathe Holy Forest. If you cut it down, what then? That’s the end of the farming system in Venda. “Sacred sites are places that make evaporation, that make rain. If you don’t protect the pools and waterfalls, where do the people get clean water to drink? Rituals aren’t empty things. They’re the Earth wisdom of hundreds of generations of wise people.”

Makaulule had a meeting to attend and her cellphone was ringing. She apologised and stood up to go. “I have to stay strong to live the way I do and be who I am,” she says. “We’re not chosen, we choose. Defending the old ways and bringing that knowledge to the future for our children is what I’ve chosen. It’s not easy, but I won’t be stopped.”

Don Pinnock
Don Pinnock is a freelance writer and photographer. He is the former editor of Getaway magazine.
Facebook
Twitter
WhatsApp
Linkedin