Made in SADC starts here 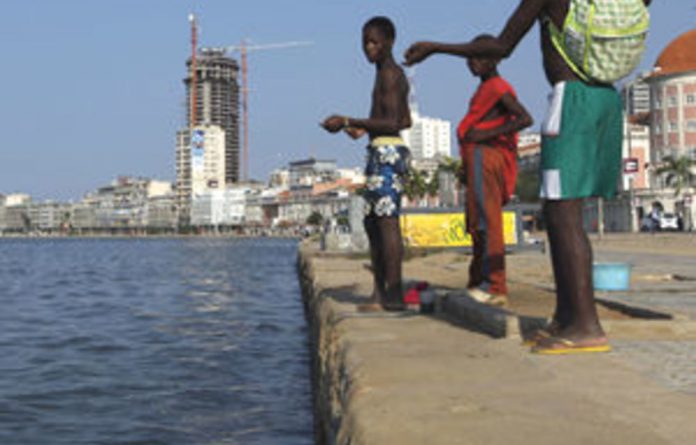 The Southern African Development Community (SADC) Trade Protocol, which aims to establish a free trade area over a period of 12 years, entered into force in 2000. Eight years later, a state of 85% duty-free trade had been achieved.

The Southern African Customs Union (Sacu), which includes South Africa as the biggest market in the region, removed most tariffs in 2000. Yet the majority of SADC countries have been unable to take advantage of their preferential access in the South African market.

This stagnant pattern of regional trade and production reflects three challenges: the non-diversified industrial manufacturing base in most SADC countries, inadequate infrastructure to support trade in goods, and the prevalence of non-tariff barriers.

One of the immediate challenges is thus to modernise and upgrade SADC’s productive capacity through regional industrial policy cooperation. Regional industrial policies that expand and diversify value-added production are necessary prerequisites to ensure that SADC countries are able to take advantage of market opening at the regional level.

Without a well-developed and diversified regional industrial base, SADC countries will not be able to exploit fully the emerging opportunities that will arise from new trade policy initiatives such as the tripartite free trade area between SADC, the East African Community and the Common Market for Eastern and Southern Africa.

This lack of production capacity has also limited the region’s ability to take advantage of access to global markets in terms of the improved access to the United States under its African Growth and Opportunity Act and the European Union under the Cotonou Agreement. It will also hamper their ability to take advantage of the duty-free access now offered under the Economic Partnership Agreement.

The situation calls for a shift of focus from a market-led integration model to “developmental integration” in Southern Africa. This approach argues that market integration through tariff liberalisation requires — and should be underpinned by — cooperation and coordination programmes to address real economy constraints. These programmes must create objective conditions for trade integration to be viable and sustainable.

It also argues that success will likely depend on a high level of political cooperation at an early stage of the process. Sectoral cooperation should be complemented by cross-border infrastructure development. Spatial development initiatives, for example, aim to develop geographic spaces with latent economic potential by attracting investment into anchor projects and stimulating economic densification activities along these cross-border corridors.

Such a developmental integration approach initially informed the original conception of the SADC integration project. However, in recent years the market integration dimension has dominated and advanced more rapidly while cooperation on regional industrial policy has lagged.

Cooperation
Given the challenges of building regional production capacity SADC should focus on functional regional economic cooperation as a vehicle for regional integration. The emphasis should be on industrial policy cooperation and coordination based on regional value chains that are linked to global chains and production networks, which would help members benefit from technology transfer from the developed world.

As the largest and most diversified economy in SADC, South Africa, in collaboration with other members, can play an important role in developing these regional value chains and production networks. As a starting point a local supplier programme might recognise and explore Sacu as a potential value chain so that certain products would carry the label “Made in Sacu”.

Sectors that demonstrate this potential include agriculture, agro-processing and livestock, clothing and textiles, tourism and craft, and renewable or alternative energies. Success stories can then be used for their demonstrative effect to pursue similar efforts at the SADC level. The East Asian experience demonstrates that regional and global integration may be complementary forces to stimulate regional industrial development.

More integrated regional markets provide a mechanism to increase local supply capacity, while global integration improves access to markets and suppliers.
There is strong evidence that countries increase their exports when they cooperate regionally — in terms of scale economies, greater factor mobility and lower transport costs — while simultaneously integrating globally.

Developing regional industries will require significant political cooperation and careful negotiation among the governments and firms of the region. Yet with Africa fast emerging as the “frontier market” of the future, modernising and upgrading the region’s productive capacity must be a compelling priority.