Putting the spice back into SUVs 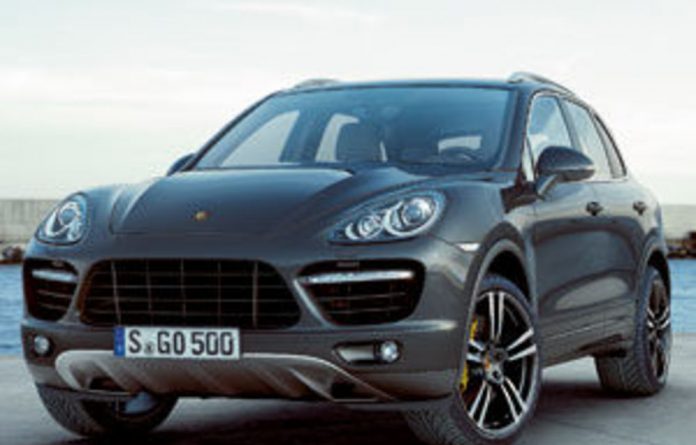 The irony about Porsche is that the core values of the company, which so many car-lovers appreciate, may very well become threatened by its ongoing integration into the Volkswagen stable.

No doubt, checks and balances will be put in place to ensure that Porsche does its utmost to retain its hard-earned prominence, though I can’t help but wonder what will become of the brand as it develops more vehicles that have mass appeal.

What people admire most about Porsche is that there aren’t many of them out there, they’re designed to be sports cars from the ground up and it’s a company known for keeping its customers happy. The fear that many have is that Porsche might be negatively affected as the brands become more homogenous and it produces more family-oriented vehicles.

In three years Porsche South Africa has built three state-of-the-art centres in Jo’burg (the largest Porsche centre in the world), Durban and now Cape Town, and having toured all three, I can honestly say that no other vehicle dealership in South Africa comes close to being as impressive as the Porsche Centres.

Even when we walked through the workshops, the immaculate cleanliness was almost eerie. If Dexter (the serial-killing blood-spatter analyst in the brilliant eponymous Showtime series) was a mechanic, this is what his workshop would look like. No tools lying around haphazardly, no greasy oil stains marking the floor, no cars jam-packed like northern suburbs tannies at a Loads of Living sale. Just clinical precision in the way everything works.

So yes, this is a review about the new SUV Cayenne, and yes, these are expensive cars, but unlike so many pricey car brands, Porsche really does try hard to convey how much it values its customers’ patronage.

Included in the impressive Cayenne model line-up is Porsche’s first hybrid for the South African market — the Cayenne petrol/electric V6 hybrid. Even more nifty than the hybrid is the fact that three models in this range each have a combined fuel consumption of under 10-litres per 100km.

That’s quite something for vehicles as hefty as these. Though on the subject of weight, Porsche has trimmed 185kg off the new Cayenne and while it’s longer and wider, it has also lost a little ground clearance.

Enthusiastic and downright fun
I’m not going to spend much time on aesthetics because not many people seem to like the look of the Cayenne. Suffice to say that I don’t think it hurts the eyes nearly as much as others would have you believe.

The best thing about the hybrid 3,0-litre supercharged V6 (280kW and 580Nm, R830 000) I started with is how little it felt or sounded like a hybrid. Despite being told that we were driving the hybrid and in spite of the energy diagram on the screen showing us when the battery was powering the car, my driving partner and I just couldn’t get over how enthusiastic and downright fun the normally funless planet-saving model was.

On the battery’s power alone, the Cayenne hybrid can get up to 154km/h before seamlessly tapping into the conventional petrol engine to power it to its top speed of 242km/h. Porsche estimates the combined fuel consumption of the hybrid to be an impressive 8,2l/100km.

Next was the bottom-of-the-range Cayenne 3,6-litre V6 (220kW and 400Nm, R654 000), which felt comfortable all-round, but didn’t move with any sense of urgency and felt a little lacklustre in comparison with the hybrid’s exuberance.

However, the Cayenne S 4,8-litre V8 (294kW and 500Nm, R775 000) felt fantastically fast. With this model it was easy to forget that I was driving a more than two-ton SUV as it felt very quick on its feet and gripped the road with confidence.

Last, and most certainly not least, was the bi-turbo, range-topping V8 (383kW and 700Nm, R1 430 000), which punched home the idea of a performance SUV quite convincingly.

In the turbo, you appreciate the eight-speed tiptronic gearbox, which allows the revs to climb to dizzying heights before making lightning-fast gear changes to ensure you don’t lose that interminable surge of power. My passenger was desperately trying to tell me something terribly important, but I’m afraid I didn’t hear much because the turbo demands all your attention and if you’re not all-hands-on-deck, you’re going to come unstuck pretty quickly.

Though, having said that, the turbo is a really forgiving car and when you accelerate around corners faster than you normally would you’ll find yourself tightening your grip on the steering wheel in anticipation of the tyres chirping — but nothing of the sort happens and you eventually decide to stop trying to push the car harder into corners because you’re running out of bravado and sweating profusely.

All in all, the new Cayenne range makes it decidedly difficult to look convincingly at other SUVs with this price tag. Decidedly difficult indeed despite the fact that the V6 engines in this range are sourced from VW/Audi and it’s only the V8s that are proper Porsche engines.